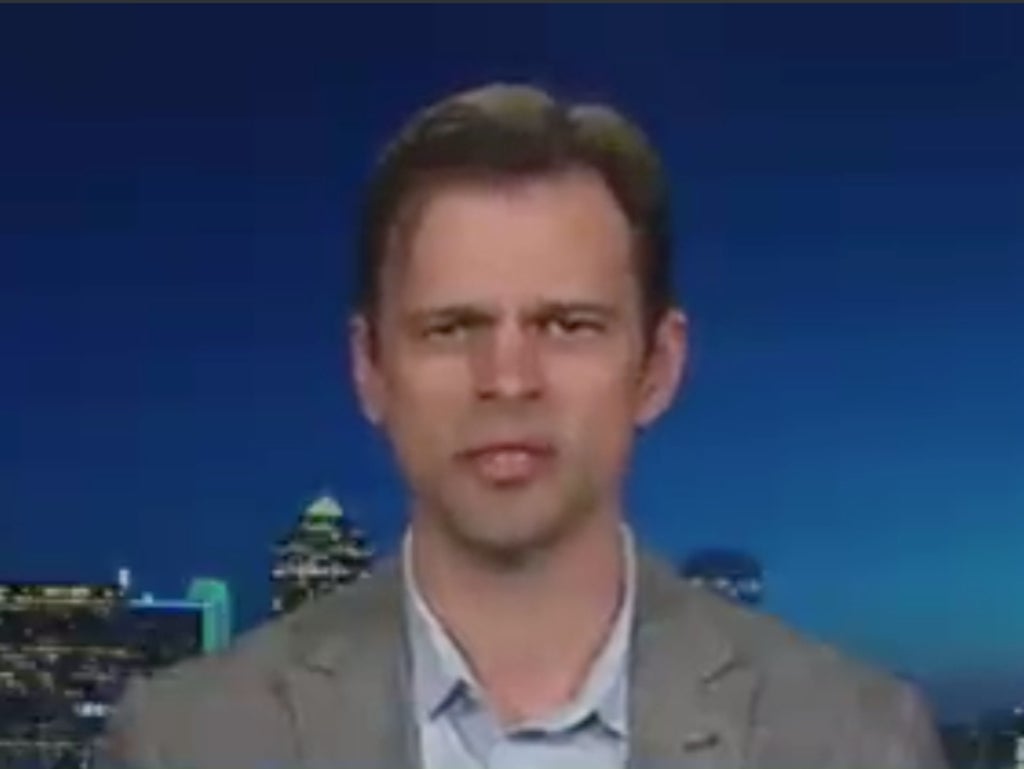 A doctor who was fired from a teaching position at UC Irvine for refusing to get vaccinated is reportedly trying to organize a US version of the “Freedom Convoy” coronavirus vaccine protest that will arrive in Washington DC in early March.

Dr Aaron Kheriaty, a doctor of psychiatry, appeared on right-wing media figure Dan Bongino’s show and claimed he was organizing a US version of the “trucker” convoy that has disrupted Canada’s capital city, Ottawa, for two weeks.

He said the “People’s Convoy’s” goal is “to demonstrate and to be together,” and he said he expected a large show of solidarity from Americans.

“Two years ago I never could have imagined that the University would dismiss me and other doctors, nurses, faculty, staff, and students for this arbitrary and capricious reason,” he wrote at the time, later saying, “Once I challenged one of their policies I immediately became a ‘threat to the health and safety of the community.’”

His Twitter profile lists him as the “Chief of Ethics” at the Unity Project USA, which describes itself as “coordinating a unified movement against vaccine mandates for K-12 students in CA and beyond.”

He is also a fellow at the Ethics and Public Policy Center, a DC think-tank which describes itself as “working to apply the riches of the Judeo-Christian tradition to contemporary questions of law, culture, and politics.”

It appears the doctor has been involved in organizing a US version of the convoy since at least 8 February, when he tweeted that “Truckers USA is in the works. Stay tuned.”

The Canadian “Freedom Convoy” has been blocking border crossings and causing massive congestion in the country’s capital of Ottawa for two weeks. The protest was organized as a trucker revolt to a vaccine mandate for truck drivers crossing the border.

However, Canadian officials have shown that 90 per cent of the country’s truckers are already vaccinated. The protesters have largely been a mix of general far-right conservatives and QAnon-adjacent conspiracy theorists.

On Monday Canadian Prime Minister Justin Trudeau invoked the country’s Emergency Act, which allows the federal government to tow vehicles and use the Royal Canadian Mounted Police to clear protesters. Over the weekend police cleared a protest blocking the Ambassador Bridge, which connects Windsor, Ontario and Detroit, Michigan.

Dr Kheriaty claimed in the interview with Mr Bongino that the convoy would include US truckers, though to what degree is currently unknown.

The doctor is not the only one reportedly organizing a convoy. There are at least three national US convoys reportedly in the works and a several smaller, regional convoys being organized largely over social media.

Guardian reports that one convoy is aiming to depart from Fresno, California on 2 March and arrive in Washington DC on 6 March.

Another, organized by right-wing conspiracy theorist lawyer Leigh Dundas and her “Freedom Fighter Nation”, will leave California in the first week of March. That convoy is called the “People’s Convoy” and may be the same convoy Dr Kheriaty is organizing, though it is unclear. The Independent you have reached out to Dr Kheriaty for comment.

A third group, “Convoy 4 Freedom” is also calling for a caravan, though it seems less organized and less trafficked than the others.

Ultimately it will remain to be seen if any of these convoys materialize in any meaningful way. While the Canadian protest has inspired right-wing individuals across the world to start their own protests, none have drawn a comparable response to the Canadian protest.