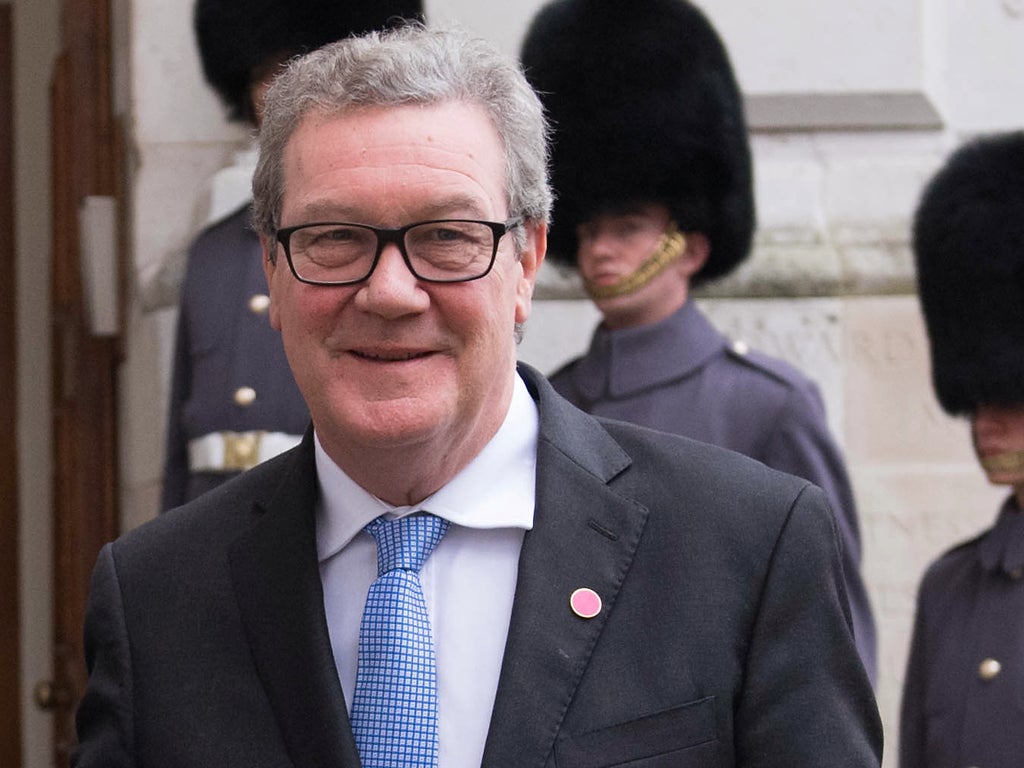 Priti Patel has appointed a former Australian minister who backed the country’s “inhumane” program of offshore asylum processing to review the Border Force.

Alexander Downer’s role will include looking at the response to small boat crossings in the English Channel.

The government has repeatedly said it is considering offshoring, but all countries so far floated as potential hosts for the centers have publicly refused any involvement.

The Home Office said Mr Downer, who previously served as Australia’s minister for foreign affairs and its high commissioner to the UK, had been appointed as the “independent reviewer” of the Border Force.

A press release hailed his “wealth of relevant experience”. Mr Downer was a leading minister in the negotiation of Australia’s “Pacific solution” in 2001, which saw asylum seekers diverted to Nauru and Manus Island in Papua New Guinea to have their claims processed.

The move was widely condemned, with a report by Amnesty International saying it amounted to indefinite detention “in conditions which may be considered degrading or inhumane”.

The home secretary said she had appointed Mr Downer to do “vital work” reviewing Border Force, adding: “I look forward to his findings and recommendations.”

“Since the Border Force was set up in 2011, its remit has grown to meet the changing border threats we face, and in recent years has supported delivery of the Government’s Brexit commitments and Covid-19 measures,” Ms Patel said.

“The public rightly expects this work to be carried out to the highest possible standard, which is why I have ordered this review of the Border Force to identify ways in which it can keep improving its operations.”

The review is expected to take several months to complete and will cover migration, customs and national security.

In a statement, Mr Downer said: “I am delighted that the home secretary has asked me to lead an independent review of the Border Force, to ensure the UK’s border is protected from the changing threats of today, and prepared for future challenges.

“As an independent reviewer, I plan to lead a review that is robust, evidence-based and outcome-oriented.”

Mr Downer left Australian politics in 2008 and became a diplomat, having previously been the longest-serving foreign minister in Australian history for the right-wing Liberal party.

Asylum policy was a key feature of his tenure, when he was involved in the negotiation of the “Pacific Solution” that saw Australia hold asylum seekers offshore.

A United Nations Refugee Agency (UNHCR) report said the policy was introduced to deny asylum seekers access to Australian territory, after a diplomatic row over its refusal to allow a ship to disembark more than 400 mainly Afghan refugees rescued at sea.

At the time, government ministers including Mr Downer, said the policy was necessary to discourage refugees from undertaking dangerous journeys by sea and to prevent trafficking.

“Many bona fide refugees caught by the policy spent long periods of isolation, mental hardship, uncertainty and prolonged separation from their families,” said an UNHCR official after the policy ended in 2008.

Of the 1,637 asylum seekers subject to the Pacific Solution between 2001 and that year, 1,153 were found to be refugees or in need of protection for other compelling humanitarian reasons.