A Princeton University professor who was fired for impeding an investigating into a sexual relationship he had with an undergraduate is accusing the prestigious university of sacrificing him to a “cancel culture mob” for his political views on racial justice and other topics.

On Monday, the Ivy League school’s Board of Trustees voted to terminate Professor Joshua Katz, 52, a rare instance of a school firing a tenured professor, and the latest in a series of high-profile conflicts over sexual boundaries and free speech on campus.

“Whoever you are and whatever your beliefs, this should terrify you,” Dr Katz wrote in a Wall Street Journal op-ed about the situation.

Between 2006 and 2007, the distinguished professor, long viewed on campus as an influential gatekeeper to fellowships and other important stepping stones for students, had a consensual sexual relationship with a 21-year-old undergraduate.

The school investigated the incident in 2018, with the young woman declining to participate in the inquiry, a probe that led Mr Katz to be suspended without pay for the following year.

Then, in 2021, school officials say she provided new information in a detailed written complaint, forming the basis of a new investigation that ultimately led to the professor’s firing.

Princeton’s new investigation “established multiple instances in which Dr Katz misrepresented facts or failed to be straightforward” in the original misconduct probe, the school explained in a statement, including discouraging the student from seeking mental health care despite being in distress, and convincing her not to participate in the school’s investigation.

Together, these actions were “not only egregious violations of university policy, but also entirely inconsistent with his obligations as a member of the faculty,” the school said.

Professor Katz, meanwhile, argues the renewed investigation targeted him because of his protected political speech and misconstructed his conversations with the student.

In 2020, in the months immediately after the murder of George Floyd by Minneapolis police and a vigorous nationwide conversation about racism, the professor authored an article in the journal quillette arguing against a recent round of anti-racist proposals from Princeton students and faculty, which included extra supports for faculty of color and the investigating of racist incidents and research on campus. In one oft-quoted section, I have called a Black student group a “local terrorist organisation”.

Not long after quilette article stirred up controversy on campus, Princeton’s student newspaper began reporting an exposé, published the following Februarywhich revealed Professor Katz’s previously investigated relationship with the student to the public, as well as containing other allegations of lesser misconduct and inappropriate behavior towards students.

The report, Mr Katz argues in the op-ed, amounted to “digging into my past in an attempt to destroy me”.

He has also argued that the school misrepresented his conversations with the student during the 2021 relationship investigation, a process which goes against academic freedom.

“The university’s decision will have a powerful chilling effect on free speech, because anyone who might wish to express a controversial opinion knows that they must first ask themselves if their personal life can stand up to the kind of relentless scrutiny that Dr Katz’s life was subjected to beginning just days after the publication of his Quillette article,” his lawyer, Samantha Harris, told New York Times.

See also  Johnny Depp v Amber Heard: Everything we learned during the first week of trial 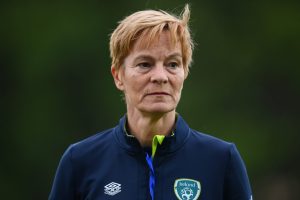