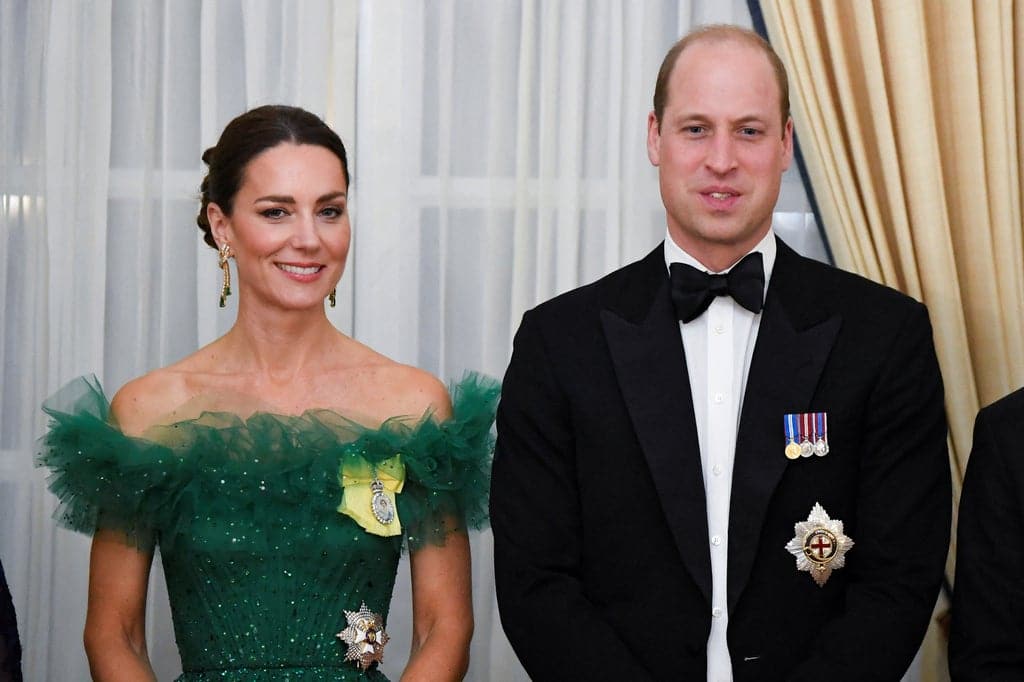 Prince William has described his “profound sorrow” over “abhorrent” slavery amid a second wave of reparations protests during his visit to Jamaica—but stops short of apologizing.

The monarch addressed the topic while delivering a speech during a state dinner hosted by Patrick Allen, Governor General of Jamaica, at King’s House in Kingston on Wednesday.

The Duke and Duchess of Cambridge arrived in Jamaica on Tuesday to a much-publicized demonstration urging the monarchy to pay reparations for slavery, and there have been calls from politicians for the country to drop the Queen as head of state and become a republic.

Jamaica’s prime minister Andrew Holness told the royal couple on Wednesday that the nation will be decoupling from the British monarchy.

This comes after senior political sources within Jamaica told The Independent that the process had already begun after top-level talks commenced months ago.

“I strongly agree with my father, the Prince of Wales, who said in Barbados last year that the appalling atrocity of slavery forever stains our history,” Prince William told attendees at the state dinner.

“I want to express my profound sorrow – slavery was abhorrent and it should never have happened. While the pain runs deep, Jamaica continues to forge its future with determination, courage, and fortitude.

The duke also acknowledged the United Nations International Day of Remembrance of the Victims of Slavery and the Transatlantic Slave Trade, which is on Friday.

Paying tribute to the Windrush generation, Prince William expressed gratitude at their “immense contribution” to British society without acknowledging the scandal of 2018 which revealed that Her Majesty’s Government stripped thousands of these citizens of their right to remain in the UK.

They were refused the right to work and access healthcare, some were deported while others have died while awaiting compensation for their plight.

“The strength and shared sense of purpose of the Jamaican people, represented in your flag and motto, celebrate an invincible spirit,” he said.

“It is this same spirit that spurred on the Windrush generation, who came to the United Kingdom to help rebuild after the Second World War. We are forever grateful for the immense contribution that this generation and their descendants have made to British life, which continues to enrich and improve our society.”

Prince William concluded his speech by thanking the Governor-General for hosting the night, adding “one love”, a phrase popularized by reggae legend Bob Marley.

This comes after around a dozen members of Jamaica’s Rastafarian community protested at the nearby Caribbean Military Technical Training Institute, where the Cambridges were visiting on Wednesday afternoon, near Montego Bay.

Drumming from the protest group could be heard inside the military compound and Ras Iyah V, a leading member of Jamaica’s Rastafari Nyahbinghi community, said about the abolition of slavery: “In 1838 it is said that £20m was given to the slave masters because they they were going to lose their slaves.

“What has ever been given to us as a people for all these years of slavery and colonialism? That’s why we are here.

“We are here to protest against any British monarchy descendant coming to Jamaica without being prepared to apologise for slavery and colonialism. We can only forgive people who acknowledge that what they did was wrong and are willing to repair the breach of the wrongs they have committed.”

He added: “And today the British monarchy has a lot of African artefacts in their possession – they still bathe in the wealth that was extracted out of the blood, sweat and tears and lives of our people and we have never been compensated for any form of enslavement.

“We have never had an apology coming from the British monarchy to say they are sorry for slavery and colonialism.”

Prince Charles acknowledged the “appalling atrocity of slavery” during the ceremony marking Barbados’ historic transition to a republic in November.