Skip to content
Home News Prince Andrew: What happens next at his trial? 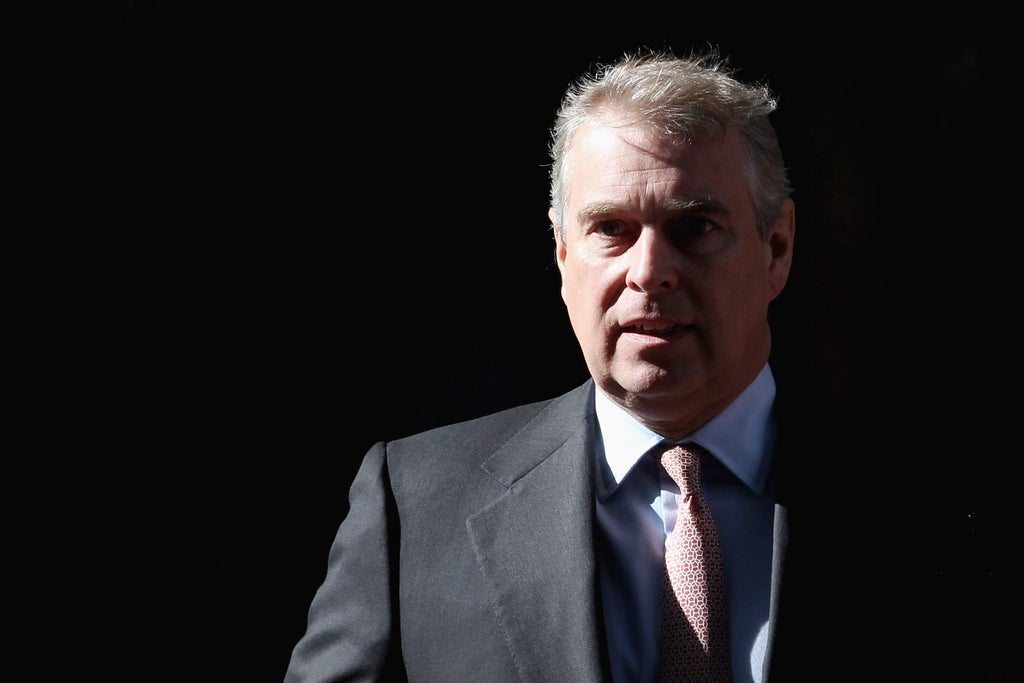 Prince Andrew is demanding that he receive a jury trial in the Virginia Roberts Giuffre sexual assault case, his lawyers announced Wednesday.

Ms Giuffre is suing the Duke of York for emotional harm and assault and alleges she was forced to have sex with him on four occasions when she was 17 after billionaire pedophile Jeffrey Epstein and his socialite friend Ghislaine Maxwell sexually trafficked her.

Epstein died in a New York prison cell in 2019 while awaiting trial on sex trafficking charges, while Maxwell was found guilty on five related charges in late December, days after her 60th birthday.

A now-infamous photograph shows Prince Andrew, a teenage Giuffre, and Maxwell together at the latter’s London home in March 2001, with the former’s arm visible around the girl’s waist.

But the Duke of York has always denied wrongdoing and, in a letter to US federal judge Lewis Kaplan on Wednesday, his lawyer Andrew Brettler set out a detailed response to Ms Giuffre’s allegations.

Brettler denied various aspects of his claim on behalf of his client, saying elsewhere that he lacked “sufficient information to admit or deny the allegations.”

The lawyer sets out more than 10 “affirmative defences” in the letter, which refer to the evidence the royals will use to try to refute the case.

These include claims that Ms. Giuffre’s “illicit conduct” will be used against her and the so-called “dirty hands doctrine,” which claims she has acted unethically.

“Prince Andrew hereby demands a jury trial on all causes of action asserted in the complaint,” Mr. Brettler stated.

Ms Giuffre’s lawyers have hit back at the royal for appearing to blame her for the abuse she suffered as a teenager and said they hope to “confront” him in court.

On January 12, Judge Kaplan dismissed a request by the prince to dismiss the civil suit after hearing oral arguments from his lawyers, paving the way for a trial to proceed.

The suit had previously stalled in court when Prince Andrew’s legal team tried to have it dismissed over a $500,000 settlement the accuser reached with Epstein in 2009, the terms of which, they unsuccessfully argued, shielded the duke from legal liability.

The judge has given a deadline of between September and December 2022 for the trial to begin.

According to their scheduling order, both sides must reveal expert witnesses by May 13 and rebuttal witnesses a month later.

Discovery must be completed by July 14 and a joint pretrial proposal must be filed by July 28 indicating whether the parties still wish to proceed to a jury trial.

If it goes ahead, Prince Andrew is likely to be summoned to testify under oath in person, but he could refuse to travel.

According to legal experts, a British citizen cannot be compelled to travel to the US for a civil trial, meaning the prince would have the right to testify via video link.

As for other witnesses, Prince Andrew’s lawyers expressed an interest in questioning Mrs Giuffre’s husband, Robert Giuffre, and her psychologist, Dr Judith Lightfoot, indicating that they would like to explore the latter’s views on whether or not the accuser might suffer from “false memories”.

Meanwhile, Ms Giuffre’s lawyers have demanded that the royal produce evidence of her “alleged medical inability to sweat”, a condition she claimed to suffer from during her 2019 interview with the BBC. news night presenter Emily Maitlis, citing in dismissing Ms Guiffre’s claims that the pair had visited the Tramp nightclub in Mayfair, central London, together when she was a minor.

It’s also possible a deal could be reached, and sources recently said The daily telegraph that the prince has not ruled out reaching an agreement to protect the reputation of the royal family.

The Duke of York has already been stripped of his military titles and royal patronages by his mother, the Queen.

In a statement, Buckingham Palace announced that it would face the lawsuit as a “private citizen.”

Meanwhile, he is currently known to be looking for a buyer for his £17m alpine ski chalet in the Swiss resort of Verbier, potentially to raise funds to settle with Ms Guiffre or, as Spencer Kuvin suggested, lawyer for the victims of Epstein, to protect them from garnishment in the event that a claim is made against their assets.

“If Virginia gets a judgment against Andrew, if this goes to trial and she gets a financial judgment in her favor, she could foreclose on whatever property he has, most likely his ski chalet,” Kuvin said. Mirror.

He said it would be “very difficult” for Ms Giuffre to reclaim Royal Lodge, Andrew’s house in Windsor Park where he lives with his ex-wife, Sarah Ferguson.