Skip to content
Home News Prince Andrew: The story behind the Virginia Giuffre image at the center of case 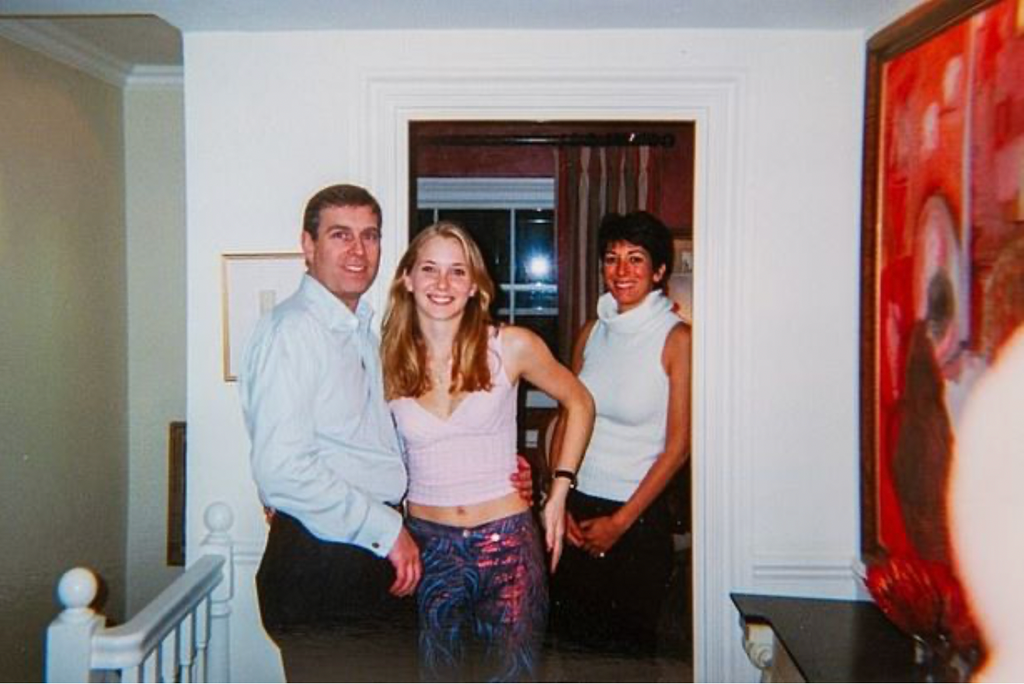 The “photograph of a photograph” that shows a 41-year-old heir to the British throne with his arm casually draped around the bare midriff of a 17-year-old girl sent shockwaves through the royal family when it was first published in 2011 .

Eleven years on, that image looked likely to be a key piece of evidence as Prince Andrew’s sexual assault lawsuit was set to get underway in a civil court in New York later this year.

That case has now been halted, however, after the Duke of York came to an out-of-court settlement with his accuser.

Virginia Giuffre was suing the royal for intentional emotional harm and battery over claims she was forced to have sex with him three times in 2001.

Andrew, 61, has denied any wrongdoing and signaled in court filings that his defense would revolve around the fallibility of Ms Giuffre’s memory, her shifting statements and alleged role in Jeffrey Epstein’s “empire of abuse”.

The Duke of York and his supporters sought to cast doubt on the photo’s authenticity by claiming it was somehow faked, Photoshopped, or even that an “Irish body double” had been edited into the frame.

The original image was said to be in the FBI’s possession, and was requested by the prince’s attorneys this week, apparently in the hope of discrediting it.

‘I wanted something to show my mom’

Ms Giuffre fell into Jeffrey Epstein’s orbit after a chance meeting with Ghislaine Maxwell, who was convicted in December of grooming and recruiting young girls for him, at Mar-a-Lago in 2000, when she was 16 years old.

She has since told in depositions and public interviews how she was sexually abused by Epstein and trafficked to have sex with his friends, during trips from Florida to his properties in Manhattan, New Mexico, and the US Virgin Islands.

Ms Giuffre gave a detailed account of the night that the photo was taken to BBC’s Panorama in 2019. She said she had been at the Tramp nightclub in central London on 10 March 2001 with Prince Andrew, Maxwell and Epstein.

Andrew bought her a drink and they danced together, she said, before they drove back to Maxwell’s house in Belgravia, London, in separate vehicles.

During the drive back, Ms Giuffre said she was instructed to “do for Andrew what I do for Jeffrey” by Maxwell.

“That made me sick. I just didn’t expect it from royalty.”

She earlier told the Mail on Sunday that the four of them went upstairs at Maxwell’s flat and she asked Epstein to “snap a picture of me with the Prince”.

“I wanted something to show my mom,” she said.

Andrew, who denies any wrongdoing, has questioned the photograph’s authenticity.

Maxwell, who is awaiting sentencing for sex-trafficking, has also previously claimed the photo could have been faked.

In a 2016 deposition she gave in relation to Ms Giuffre’s defamation case against her, she said the surroundings looked “familiar”, but added: “We can’t really establish the photograph and all that.”

Andrew’s former girlfriend Lady Victoria Hervey added fuel to the conspiracy theories by claiming in an Instagram Stories post to her 113,000 followers that an “Irish body double” had been photoshopped into the image.

Hervey’s unverified claims appear to suggest that another man’s frame was swapped into the photograph with a photo of Andrew’s head added, and the real photo was taken on a yacht in the south of France during a birthday party for Naomi Campbell.

Ms Giuffre has always insisted the image was “authentic” and said she gave the original to the FBI in 2011.

The Independent has approached the FBI to try to verify this.

‘If it was fake then why is Prince Andrew not suing?’

Ms Giuffre broke off all contact with Epstein and Maxwell after meeting her husband Robert Giuffre in Thailand in 2002.

By 2011, she had settled into a new life in Glendinning Valley, a small coastal town about 66km north of Sydney, Australia.

Rumors of a new FBI investigation into Epstein’s sexual offending led Mail on Sunday journalist Sharon Churcher to trace Ms Giuffre halfway around the world to her new home.

Fearful of Epstein and the powerful friends whose secret she had kept for a decade, she was initially reluctant to open up about her past, according to the Mail.

But she eventually agreed and produced a collection of “teenage snaps” showing the years of travel with Epstein and Maxwell. She was paid $160,000 (£120,000) for the interview.

Among them was an image of Prince Andrew with Ms Giuffre and Maxwell. It’s believed that Epstein was behind the camera.

Michael Thomas, a freelance photographer from New Zealand, traveled to Australia to meet Ms Giuffre and recalled her casually pulling the picture of Prince Andrew from a bundle of photographs she had held on to.

“It was a normal print that you would get back from the chemist in the time of negatives,” Mr Thomas told The Independent by email.

Ms Giuffre didn’t seem to grasp the impact the photograph would have, and had kept it in a bundle with other images from her travels.

Mr Thomas added: “What I struggle to understand is that if it was fake then why is Prince Andrew not suing every media outlet in the world for running it?

“Surely if they were reproducing a fake photo with all the implications it has had for him that is the first thing he would do.

“At the end of the day I just copied a photograph, I never expected it to turn into this. At no stage have I ever doubted it is a genuine photograph.”

An uncropped version of the photographs released in 2019 appeared to show Epstein’s finger or thumb in the bottom right hand corner of the frame.

It also showed a piece of art hanging on a wall next to Maxwell, which could also be used to try to verify the image.