Skip to content
Home News ‘Pride and Prejudice’, a novel of recognition | Present 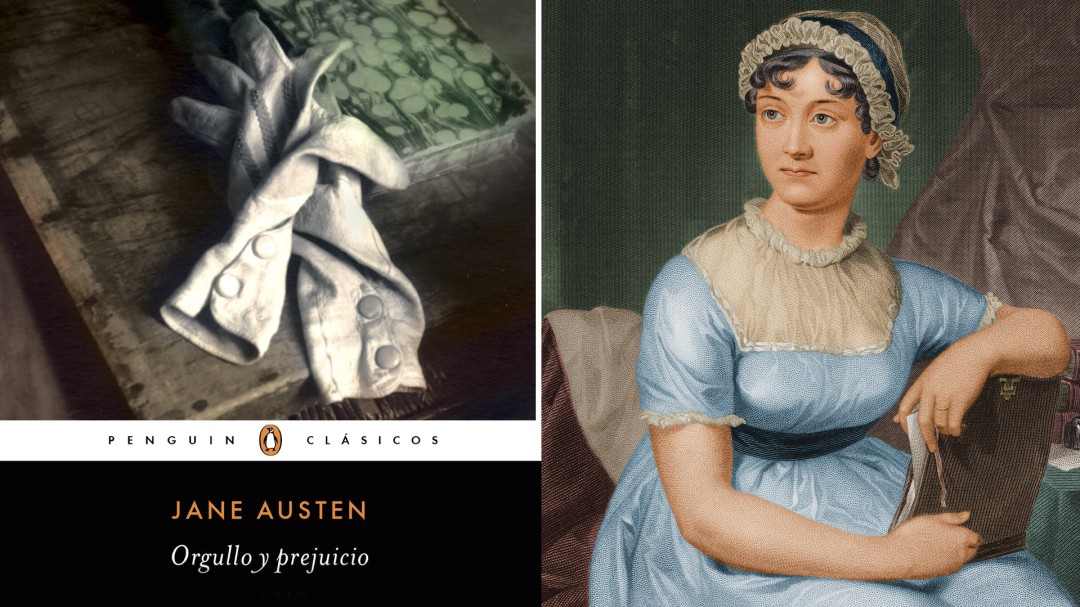 Jane Austen was born in 1775 in Steventon, England, and died in 1817. With a special interest in character psychology and human relationships, she cultivated a taste for intimate portraiture and the study of domestic life, relying on a refined and sophisticated style. in undoubted technical perfection. She is the author of six novels: ‘Sense and Sensibility’, ‘Pride and Prejudice’, ‘Mansfield Park’, ‘Emma’, ‘Northanger Abbey’ and ‘Persuasion’, for which oit occupies a prominent place in the history of English literature.

‘Pride and Prejudice’, published in 1813, is a gripping novel, full of brilliant and intelligent dialogue and unforgettable characters, such as the protagonist, Elisabeth. It is a story constructed in detail, with care, that tells us a wonderful love story, but above all the story of two people who realize that they have been wrong.

It is easy to grasp the significance that he had for the society of his time, because during the decade in which Napoleon was acting in Europe and transforming it, Jane Austen composed a play in which the events revolve around a man who changes his manners and a young her mentality.

The novel offers an overview of a small part of society that lives trapped in an almost eternal present, in which very few changes can occur. Everything leads to the achievement of satisfactory marital bonds, which is the way in which a society ensures its continuity and minimizes the possibility of even the slightest violent change. In such a world, a change of mind, an act by which the conscience demonstrates some independence, can undoubtedly turn out to be quite a momentous event.

Austen’s work deals mainly with prejudices and the establishment of new judgments. It is a novel of recognition understood as the act by which the mind can return to a fact and, if necessary, make revisions and corrections until it comes to see it as it really is. As such, it is thematically related to the dramatic works of recognition that constitute the tradition of Western tragedy (such as ‘Oedipus Rex’, ‘King Lear’ or ‘Phaedra’) although it has been moved from drama to comedy to conform to a work that is not about the finality of the individual’s death, but about the continuity of social life.

The constant need to be alert to appearance and reality

The fact that internal acts can be as exhausting as external action is a reality that Jane Austen, with her restricted posture in a fairly immobile society, perceived with particular skill. Elisabeth’s suffering is very old, since she has faced for the first time the problematic discrepancies between appearances and reality, and the unsuspected limits of knowledge, even if it is only a matter of recognizing a vividor or a gentleman, such acts of recognition are decisive in providing happiness or suffering. The constant need to be alert to the difference between appearance and reality is clearly established from the beginning.

For Jane Austen it was the individualizing qualities, which clearly differentiated even two sisters, that aroused the greatest interest. Elisabeth is not a stereotype but has that independent energy that tends to alter the disposition to typify. It wants recognition for what it is and not for what it can represent. Elisabeth is fortunate to attract Darcy’s demanding gaze as she is the only male character in the novel capable of living up to all of her qualities. Thus, it is only fair that she, too, discovers all the qualities of Darcy, which finally happens in Pemberley.

Jane Austen believed in the value of the social rituals of her time and should have seen them as ceremonies and celebrations of community values. He was also aware that the defects of some interpreters could spoil the ritual and turn a ceremony that should be enjoyed into a real nightmare. However, there will always be a difference between those who are fully aware that the role they play in a particular situation should not be identified with their entire being, and that there are facets and dimensions of character that cannot always be revealed on all occasions.

What is love according to the novel?

In a stratified society like the one Jane Austen draws, there are invisible restrictions, limits, and chasms that a respectful person will not dare to cross. Some members of the landed aristocracy make malicious comments about merchants: One of the things Darcy has to do is learn to value the merit of people like the Gardiners. The absurd and shameful servility of Mr. Collins is an extreme example of the kind of mentality, or rather the nonsense, that such a society may demand as a prerequisite for membership. It is certainly relevant whether Elisabeth can be part of that society. Can Darcy cross the space that, in the eyes of society, exists between him and Elisabeth?

Jane Austen is particularly suspicious of the immediacy of sexual attraction. In the first place we observe that if Jane Austen’s society minimizes the bodily dimension, it also does the same with the possibility of a transcendental dimension. She is interested in behavior but almost never in religious experience. Their society is secular and materialistic. In a society like this the need to marry is very real, and by putting prudence before passion, characters like Charlotte do what the economic reality of their society forces them to do. Passion, as such, hardly differs from madness in the novel.