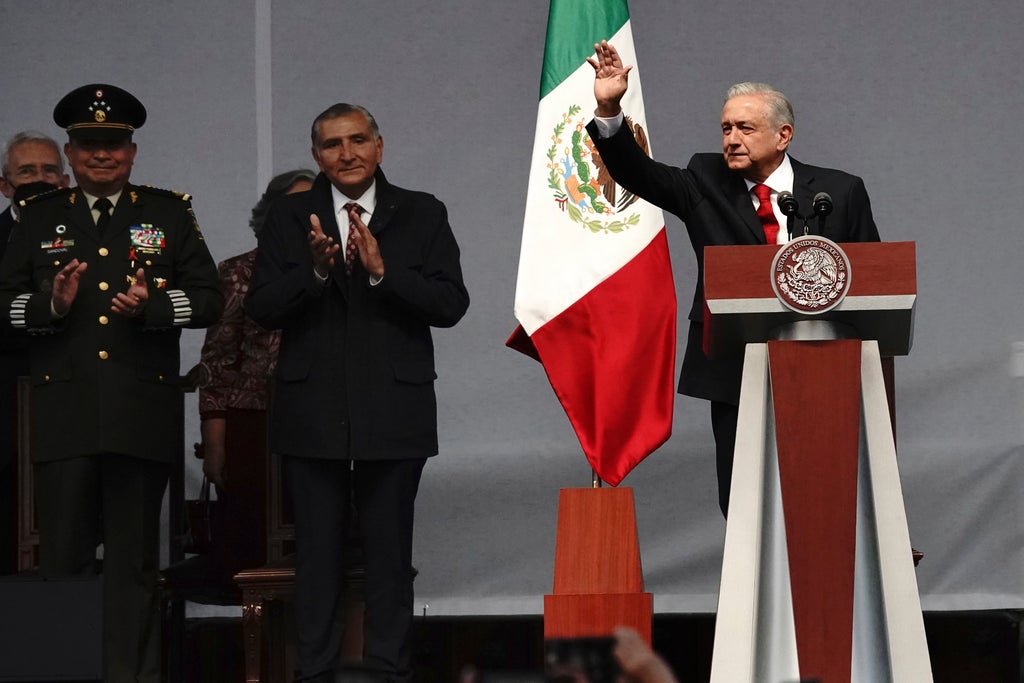 The press freedom group said Monday the president’s attacks on TV, radio and print columnist Carlos Loret de Mola are harmful amid an unprecedented upswing in killings of journalists in Mexico. Five reporters or photographers have been murdered in the space of a month.

López Obrador started Friday, publishing a chart showing how much Loret allegedly earns. The president showed the chart again on Monday at his daily news briefing on him, and called Loret de Mola and others who publish critical articles “thugs, mercenaries, sellouts.”

The IAPA called on the president to “immediately suspend the aggressions and insults, because such attacks from the top of power encourage violence against the press.”

López Obrador has had a notoriously adversarial relationship with the press during his first three years in office, and largely limits questions at his daily news briefing to sympathetic social media sites.

But on Friday, the president chose to go on one of his longest complaints yet — a full half hour at his daily news briefing — against journalists who have criticized him. “How many of them are against me? The majority!” the president thundered.

He has focused his anger on Loret de Mola, who was one of the journalists who revealed that López Obrador’s adult son had lived in a luxury home in Houston, Texas, owned by an executive of a company that got contracts from Mexico’s state-owned oil company.

López Obrador has demanded Loret de Mola reveal how much he earns, and then produced a chart of his earnings, though he did not say where the information came from. Loret de Mola said the figures wee false.

But on Monday, López Obrador went further, essentially suggesting that all journalists should be considered government employees, at least on a concessionary basis.

“No, all of these news media have to do with the public sphere, all of them are public-interest entities, concessions awarded by the government,” the president said in explaining why he could reveal private salaries.

Loret de Mola works for a private newspaper, a radio chain and some international publications.

He responded to the president’s attack on Twitter, writing “What’s this! Using tax information to persecute a journalist.” Loret de Mola said the president had “false” information, noting the president claimed he earned about a third of his income from him in 2021 from a television network where he has not been employed since 2019.

Carlos Jornet, chair of the IAPA’s Committee on Freedom of the Press and Information, wrote that, “The case of Loret Mola is an example of the vindictive stance of the president, who used confidential tax information to attack the journalist.”

“The escalation of personal attacks on the media and journalists who question his administration and disseminate information is an invitation to exercise more violence and is contrary to the tolerance that should prevail in a democracy,” Jornet wrote.