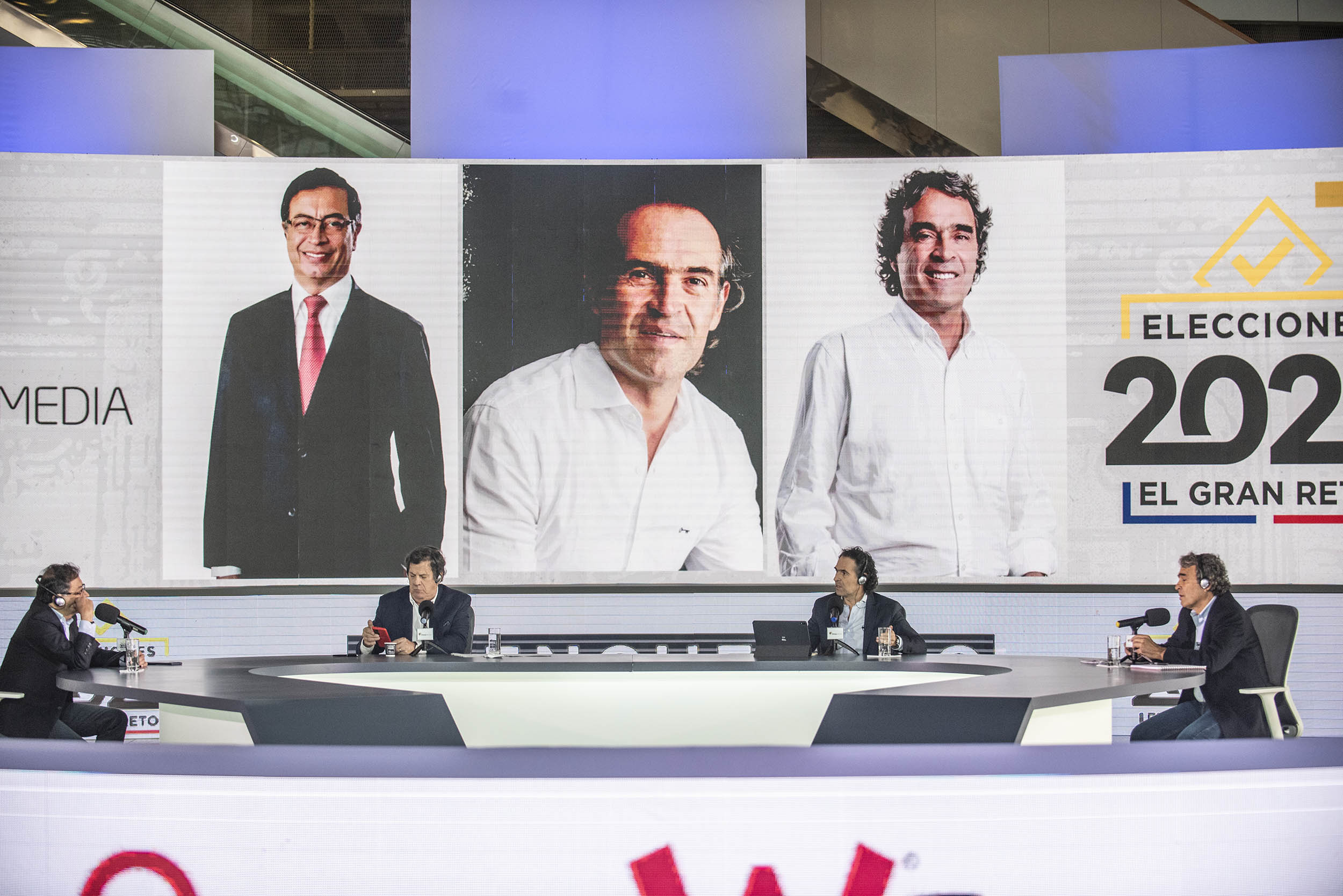 The candidates for the presidency of Colombia take positions in the midst of a still very uncertain scenario. Four months before the first round is held, on May 29, only the leftist Gustavo Petro has cleared his way to the polls as leader of the coalition of the Historical Pact. The first electoral debate of Prisa Media has brought together this Thursday Petro and the two candidates with the best options, according to the polls, of winning the consultations of the rest of the coalitions to continue in the race for the presidency: Federico Gutiérrez (right) and Sergio Fajardo (center). The candidates have shown their enormous differences and have avoided building bridges between them, in an image that shows the enormous political fragmentation that the country is going through. They only agreed on one thing. The three are presented as the change that Colombia needs.

The meeting, moderated by the journalist Roberto Pombo, has tried to uncover the politicians’ proposals, but the Colombian pre-campaign is still immersed in clearing up the unknown of which names will go on the ballots. The crossed attacks have starred in the debate. Petro, as the leader in the polls and the only clear candidate for the presidency, is at this point the great rival for all. Gutiérrez was the first to distance himself from the leftist: “Some intend to expropriate, we protect; some propose raising tariffs, I believe in free enterprise”. Fajardo, who leads the polls to prevail in the center coalition, was more lukewarm in the attacks and tried to distance himself and discredit both equally, which he referred to as “continuism and populism.”

Petro defended himself trying to ward off the ghosts of the economic model he wants for the country. “What do the expropriations have to do with me?” he protested, aware of the fear that his recipes generate among a broad sector of Colombian society, which has never had a left-wing president. The leftist charged in his interventions against Gutiérrez, whom along with Fajardo he tried to exhibit as the candidate of Uribism in the shadows.

Gutiérrez is currently the best positioned candidate, although by a minimal difference, to lead the so-called coalition of mayors, which carries enormous territorial power. Both Petro and Fajardo have expressed the idea that he, who proclaims himself independent, is the shadow candidate of former President Álvaro Uribe, whose party is going through its lowest moment of popularity in two decades. “What I hear from Federico is the same as what I heard from Iván Duque four years ago,” said Fajardo, referring to the current president, supported by Uribism. “The biggest expropriator is the current president, that of Federico’s government,” Petro rebuked. Gutiérrez defended himself: “I am not a continuation of anything.”

That apparent harmony between Fajardo and Petro was nothing more than a mirage. The candidates sought at all times to mark distances between them, especially with Petro, which most analysts already envision in a more than certain second round. The discredit of Uribismo, after 20 years appointing presidents, leads all the candidates to present themselves as the change that the country needs. Petro defended his model as the real break and assured that if he becomes president “he will overthrow the regime of corruption.” Fajardo maintains that his coalition, for which six other candidates are competing, represents “serious change.”

The politicians showed enormous differences in all the issues that were put on the table, from the economic model to security. Gutiérrez defended his speech of “order and security” against populism both in the economic field, as in the fight against corruption or the need to stop violence. Petro influenced the “popular economy”, the rise in taxes on imports to favor local products and the energy transition to reduce the weight of coal and oil in the economy. For his part, Fajardo focused his interventions on promoting education as the backbone of his program.

subscribe here to Newsletter of EL PAÍS America and receive all the informative keys of the current situation in the region.