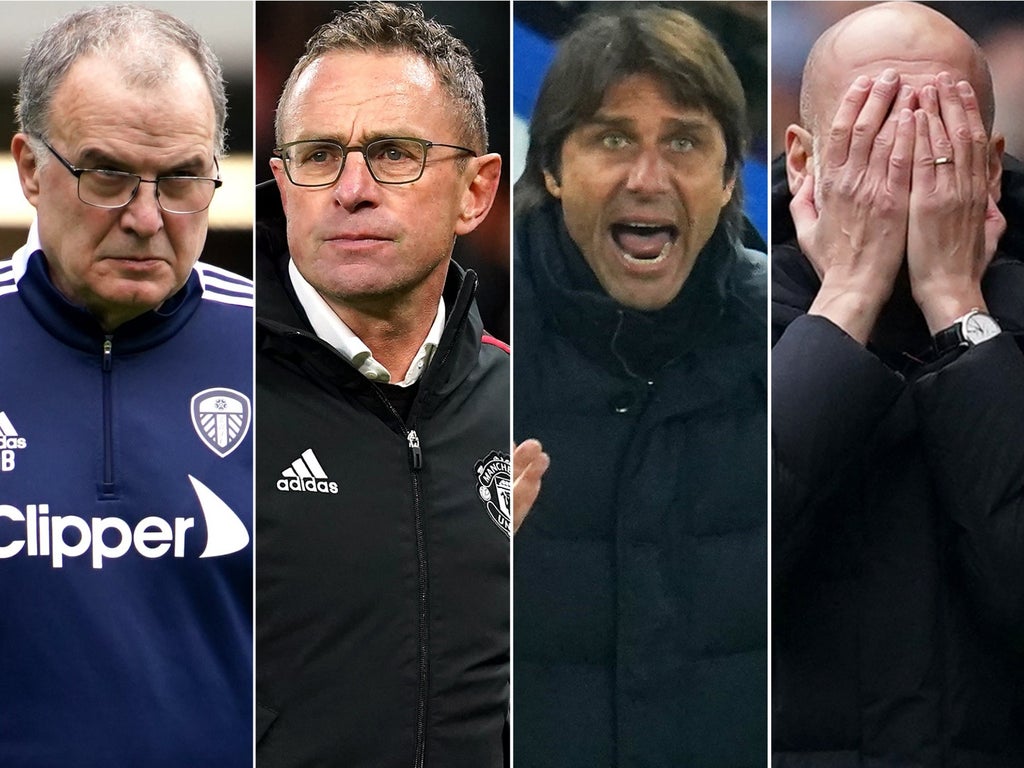 The Premier League returns for gameweek 26 after an exciting midweek of European action.

Here, we take a look at five of the main talking points heading into this weekend’s fixtures.

The Premier League weekend kicks off in east London on Saturday lunchtime as resurgent Newcastle head to Champions League hopefuls West Ham. Craig Dawson’s last-gasp goal sealed a 2-2 draw at Leicester last time out, while the Magpies head to the capital buoyed by three successive wins. Eddie Howe’s men are four points clear of the drop zone but they have been dealt a significant blow as marquee January addition Kieran Trippier faces a spell on the sidelines. Newcastle will look to continue undeterred against a side who are still dealing with the Kurt Zouma situation.

Everton were among the sides beaten during Newcastle’s mini revival and recovered with a huge win of their own against Leeds last weekend. The 3-0 victory was Frank Lampard’s first in the Premier League since succeeding divisive Rafael Benitez and a result the Toffees boss will look to build on at in-form Southampton. Ralph Hasenhuttl’s men have drawn with Manchester City and Manchester United either side of a thrilling 3-2 win at Tottenham in their last three league games and are looking to kick on up the table having all but extinguished relegation concerns.

Thomas Tuchel’s side are playing their first Premier League match since January 23 as they head across London to Crystal Palace. Chelsea return to league action following last weekend’s Club World Cup win against Palmeiras and will hope that success can aid their stuttering league form. A fine start to the season has tapered off in recent months, leaving the Blues marooned in third spot without realistic hopes of winning the Premier League. The Blues will surely fancy their chances at Selhurst Park given Patrick Vieira’s Palace are winless in five Premier League matches.

Fresh from hammering Sporting Lisbon 5-0 in the first leg of their Champions League last-16 tie on Tuesday, leaders Manchester City return to domestic action against Antonio Conte’s Tottenham. Pep Guardiola’s reigning champions have a nine-point cushion over second-placed Liverpool, who have a game in hand but little chance of catching relentless City. City continue their charge on Saturday evening at home to a Tottenham side that beat them on the opening weekend of the season, when managed by Nuno Espirito Santo. Successor Conte has made his frustrations about their January business public this week on the back of three successive league losses.

Sunday sees Manchester United fans teams travel to Leeds for a Premier League fixture for the first time since October 2003. A febrile atmosphere lies in wait at Elland Road as the old foes go toe-to-toe in a match both need to win. Marcelo Bielsa’s hosts have lost two of their last three, including last weekend’s meek defeat at Everton, and are too close to the relegation zone for comfort. As for the Red Devils, they secured a much-needed victory against Brighton on Tuesday but once again the performance was Jekyll and Hyde. There have been plenty of questions about mentality at Ralf Rangnick’s United and Sunday will provide quite a test of that.