The Premier League is back with a full midweek fixture list and Jones Knows has you covered for insight, analysis, score predictions and best bets.

Tottenham made me look tad stupid against Chelsea. Not for the first time, many will argue. 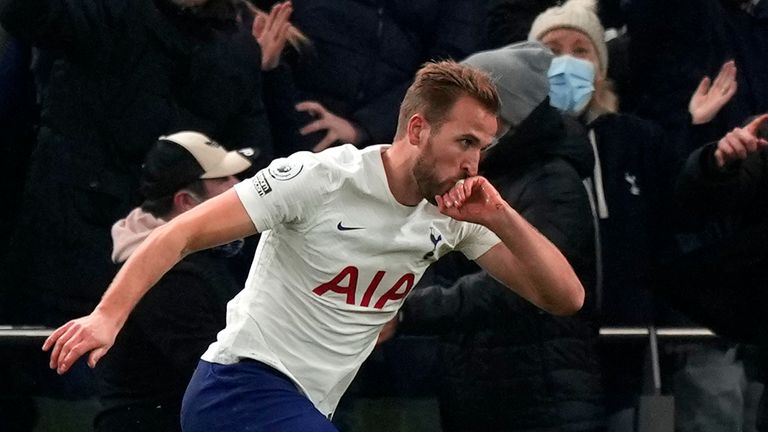 Tottenham head coach Antonio Conte says he was never concerned about Harry Kane’s form when the striker was not scoring goals earlier in the season.

Yet my faith in the north Londoners under Antonio Conte hasn’t been knocked out too much despite doing my beans on a Spurs win at Stamford Bridge. Conte has taken a sledgehammer through the side, trimmed the fat and has quickly realized the players he trusts and how to best utilize them. With Harry Kane playing at his current level, they will be a match for anyone in this Premier League when at full strength. Since Conte took charge, only Manchester City and Liverpool are averaging a higher expected goals total per 90 minutes than Tottenham (2.03 per 90).

And my money will be following them across a variety of markets between now and the end of the season. The 13/8 with Sky Bet for a top-four finish needs serious consideration for starters.

Unfortunately, we’re not getting any fancy prices about this game being a relatively straightforward home win. Spurs are 8/13 with Sky Bet for good reason.

However, when you factor in Tottenham’s high expected goals tally, the current form of Kane and the return of Heung-Min Son, goals should be on the menu and backing Spurs to win and over 3.5 goals at 100/30 with Sky Bet looks a savvy play. Southampton’s games on the road this season are averaging 3.27 per 90 minutes with 64 per cent of those matches seeing four or more goals scored.

Finding fault with the way Manchester City play football is a pedantic task. But I do have the urge to nit-pick at Pep Guardiola’s side. I’m not fully convinced their attack is functioning at peak City levels.

In fact, there has been plenty of evidence of this in their last four Premier League fixtures. Just four goals scored from open play with the backdrop of a non-penalty expected goals total of 4.43 is dipping way below the usual average of what a Guardiola attack produces and that theory is backed up on the eye-test.

Jack Grealish looks a little lost whilst Phil Foden has yet to find his usual sparkle – scary really, considering the way they have ripped up the Premier League. For most of the first half against Southampton, they lacked zip in their approach and much the same was on show in the win over Arsenal where they were fortunate to leave with all three points. 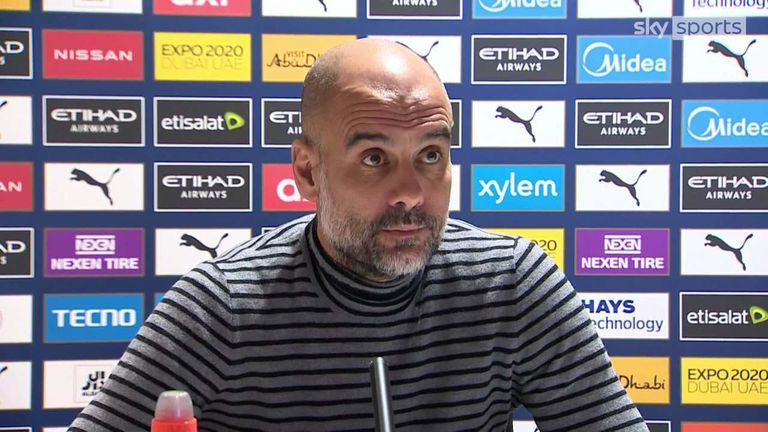 Manchester City manager Pep Guardiola has defended the behavior of some of his players after they were filmed on a night out on Sunday evening and says they have been unfairly treated.

Brentford restricted them to just 1.04 worth of expected goals in the 1-0 win for City in the reverse fixture. Now, I’m not advocating going wild on the 1/25 quotes for an away win here – far from it – but the odds surrounding Brentford’s ability to keep the score respectable certainly do appeal to me, especially now they have upgraded their goalkeeper from Alvaro Fernandez to David Raya, who is back from injury. I’m happy to invest in Brentford with a +3 goal handicap, meaning we’ll cop a return if they win, draw, lose by one or lose by two.

Dean Smith’s side aren’t fooling me despite winning their last three games. They were pretty dreadful vs Watford up until Josh Sargent’s moment of magic/slice of luck to open the scoring in a game where that opening goal was going to be more crucial than ever. Despite winning 3-0 and playing against 10-men for the majority of the second half they still managed to lose the expected goals battle. Confidence should be on the up but there is still a clear lack of quality across the pitch. 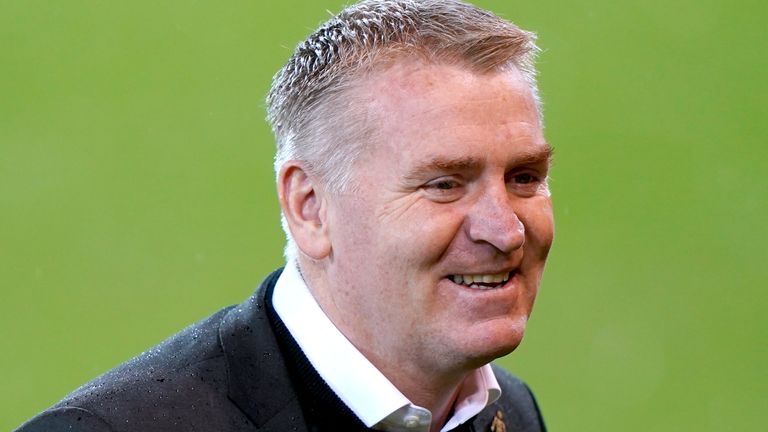 Norwich head coach Dean Smith says a recent run of form that has seen his side win four out of five has boosted the players’ confidence.

That said, I’m not comfortable putting faith in Crystal Palace at 21/20 with Sky Bet. They are positing relegation numbers away from home, barring their only road victory this season, unbelievably, at Manchester City. In 10 away matches they have amassed just a total expected goals figure of 8.2 this season, failing to score at Leeds, Tottenham, Manchester United and Chelsea.

Then again they have drawn with Arsenal, West Ham and Brighton and beat Manchester City, so maybe I’m overplaying their poor run. Patrick Vieira had similar problems scoring goals on the road at Nice, where his team averaged just 0.9 goals per 90 minutes in his 37 matches managing the French side away from home. Perhaps his possession-based, controlled-style of him is tough to implement when opposition teams play with more belief at home.

The under goals line have been well found by the market so I’ve headed to the half-time correct score market where 0-0 is a runner at 7/4 with Sky Bet. Norwich have failed to score in 77 per cent of their first halves this season whilst Palace aren’t far behind them having drawn a blank in 72 per cent of their matches before the break.

Much of the midweek Premier League fare does point to low-scoring, cagey games. Not this one.

Under the lights at Villa Park, all the ingredients should result in a very watchable, end-to-end football match with both teams fully rested up for two weeks following their exits from the FA Cup at the third-round stage.

Steven Gerrard isn’t a gung-ho type of manager, but, you can try and play as controlled and savvy as you want, but Leeds will draw you into engaging in a slug-fest of a match as the space they offer up in transitions is so inviting for opposition players. The home crowd will only encourage their side to adopt such an attack-minded approach – as seen in the reverse fixture last season that ended up with 39 shots being fired at goal across both teams – the third-highest seen in any game last season. I’m happy to back for the game to go a similar path this season too with the 31 or more match shots line worth an interest.

With fireworks predicted, cards have to be on the agenda too. Leeds’ games have averaged the most cards of any team in the Premier League this season (4.8) with Villa’s not too far behind them on 4.4. Jarred Gillett is a relatively inexperienced referee on these shores and has been very card-happy on what we’ve seen so far, brandishing seven yellows in Watford vs Newcastle and five in Brentford vs Norwich. Take advantage of Sky Bet’s double of 31 or more match shots and the game to produce 50 or more booking points at 8/1.

Excuse the blowing of trumpets, but it proved to be an inspired decision to back Leicester in the reverse fixture between these two at The King Power. Do we repeat the trick at Anfield? Despite some iffy results, Brendan Rodgers still has his attack playing some very dangerous football and Liverpool aren’t the invincible winning machine of yesteryear. This is a team that have lost to West Ham and Leicester this season and drawn with Brentford and Brighton. They wobbled in the second half against Crystal Palace too in their last league fixture.

I’m happy to swerve the 1/4 with Sky Bet for a home win, yet, I’m not really getting too excited about a pro-Leicester play at the prices as their defense remains leaky. Backing the draw at 4/21 with Sky Bet makes sense with the hope the Foxes can repeat their tactics from the previous fixture of defending central areas authoritatively and hitting dynamically on the counter attack.

They don’t turn many heads with their style of play, but Wolves are creeping into the European picture. This fixture will provide them with a great barometer of how seriously those knocking around the top-six should take their charge. You can get 33/1 on a Wolves top-four finish which looks a tall order with only one place up for grabs and 9/2 for a top-six finish which will be a thing of the past if they win this one.

Arsenal are perhaps a tad short in the market at 6/5 for the away win considering they have failed to beat Everton, Manchester United, Brighton and Brentford on the road this season – but their extra firepower in the final third does give them the advantage in this fixture. I’ve got my eye on Bukayo Saka opening the scoring in what is likely to be a low-scoring affair settled by a moment of inspiration.

Saka is becoming Arsenal’s go-to guy in the final third. The England star has netted four in his last four Premier League encounters, averaging just over four shots per 90 minutes. I’ll be stunned if he doesn’t end up the club’s top goalscorer come the end of the season and he can net the first goal here at 7/1 with Sky Bet.

1pt on: Under 13.5 goals in Everton vs Newcastle, West Ham vs Watford, Burnley vs Man Utd, Man City vs Brentford, Norwich vs Crystal Palace and Arsenal vs Wolves (100/30 with Sky Bet – Bet Here!)