Premier League clubs will be told how they can crack down on flares in new safety guidance issued amid an apparent surge in fans setting off pyrotechnics at matches.

Richarlison’s decision to throw a smoking device back into the stands after his winner against Chelsea could have caused serious injury, guidance will effectively warn.

A new Sports Grounds Safety Authority toolkit to be issued in weeks will detail further how pyros at football risk “limb or digit removal, due to their explosive power”.

Spot checks could eventually increase around grounds, although there is an acceptance pyros can be relatively easy for fans to smuggle in. As an alternative deterrent, the SGSA is expected to focus on the potential risks for fans, staff and, potentially, players.

Improving spectators’ awareness that they face stadium bans for using pyros is also an area cited for improvement. There will also be clearer guidance for stewards on what to do should a device be spotted. Current official protocols say players, match officials, stewards, and emergency services should be “especially” seen to get at least five meters away from devices if they are set off.

Everton’s Brazil forward Richarlison is facing disciplinary action from the Football Association, which confirmed on Sunday it was investigating his antics after he scored on 46 minutes at Goodison.

Everton maintained Richarlison was attempting to throw the flare away to safety while celebrating his goal. It had been thrown on to the pitch from the Gwladys Street End, before the player lobbed it into an area where there were no fans.

However, Keith Hackett, the former head of English referees, said immediately after the match that the forward should have been sent off and deserves to be punished. “It was absolutely a red card, it comes under the banner of violent conduct,” he said. “I’d be surprised if the authorities didn’t take action. He should be banned. This is an action by a player that cannot be swept under the carpet.”

Meanwhile, the new safety toolkit will be circulated to all football clubs within weeks. It will go into greater detail than current SGSA advice drawn up after a Uefa report warned in 2017 that it was impossible to use pyrotechnics safely within spectator areas.

Uefa had become increasingly concerned about the use of fireworks, flares and smoke bombs at games across Europe over the past decade. Celtic and Liverpool are among the clubs to have been fined, while Copenhagen were fined for their fans’ use of flares at Leicester last season.

In February, Liverpool midfielder Harvey Elliott was contacted by the Football Association after handling a red flare following the side’s Carabao Cup victory at Wembley.

The 72-page Uefa report, prepared by Cambridgeshire-based “explosives consultant” Dr Tom Smith and several leading experts from around the continent, laid bare the risks of pyros in 2017.

As Dr Smith concludes: “There are significant health and safety risks arising from their use in close proximity to other people and in contravention of the safety distances which are specified on the pyrotechnic articles themselves.

“All pyrotechnic devices have a ‘safety’ distance for good reason and which will exceed the available space within a crowded stand or stadium. It is not safe, therefore, for any pyrotechnic device to be used in spectator areas within football stadia.” 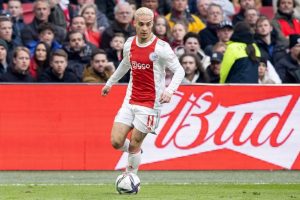 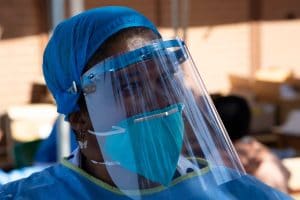 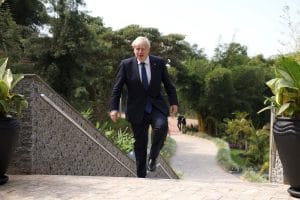