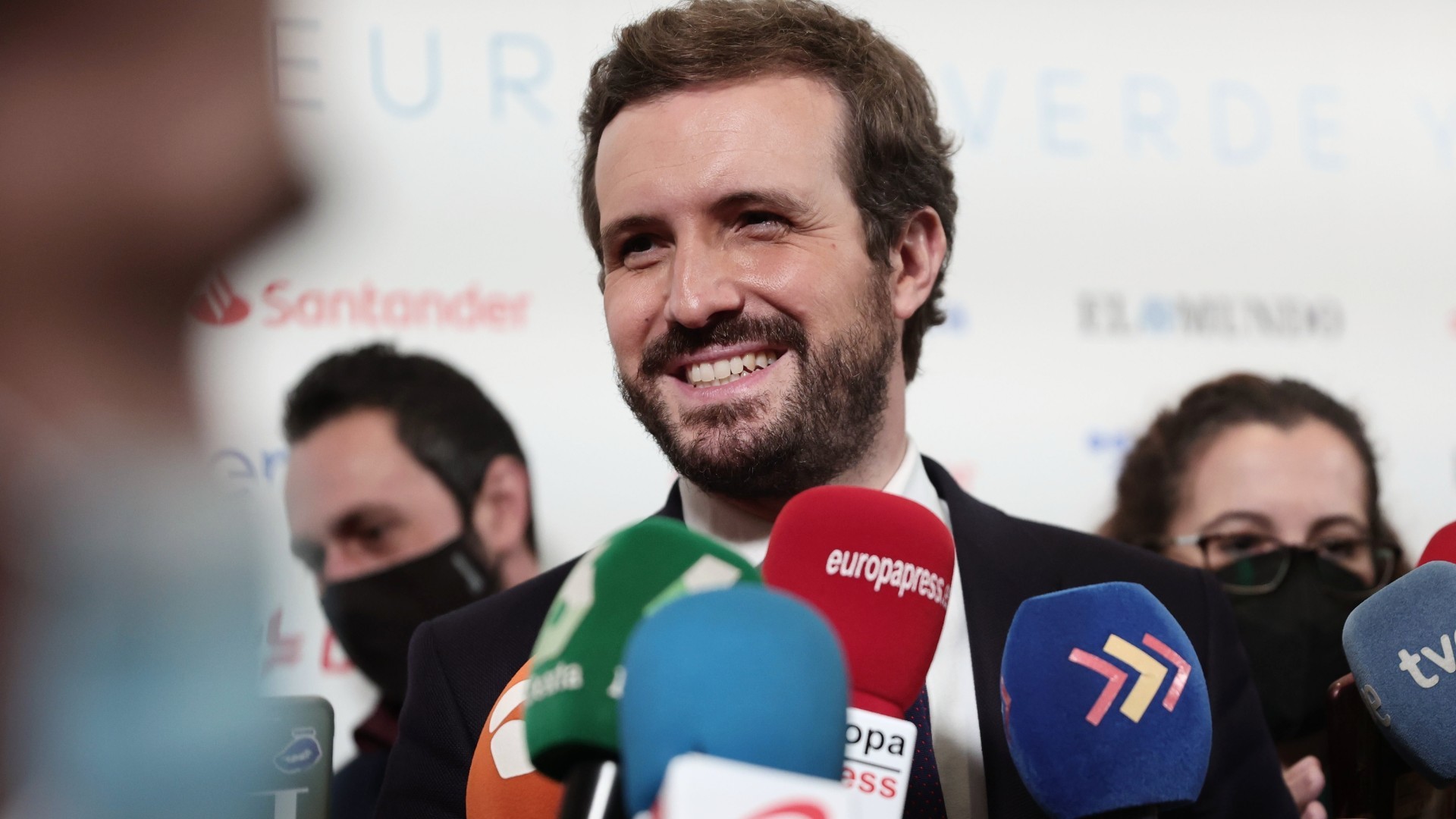 The political parties have reacted this Saturday to the Christmas message from Felipe VI, in which the king appealed for “unity and dialogue in the face of division and confrontation” and called for “respect, recognition and loyalty” to the Constitution.

The defense of the Magna Carta by the monarch is one of the issues highlighted by the president of the Popular Party, Pablo Casado, who on his Twitter account praised his commitment to the Constitution “as a main beam that deserves recognition, respect and loyalty.”

“The strength of the institutions is key to the challenges for the future of Spain”, adds Casado, who has also mentioned the memory of Felipe VI “to the Spaniards suffering from the pandemic and crisis economic “.

“The King highlights in his Christmas Message his memory of the Spanish suffering from the pandemic and economic crisis, and defends the Constitution as a main beam that deserves recognition, respect and loyalty. The strength of the institutions is key to the future challenges of Spain.“

Also the president of Citizens, Ines Arrimadas, has praised the monarch’s speech and has stated on social networks that share “fully” the “hopeful” message Christmas of Felipe VI

“Spain is going through a time of great difficulties and has enormous challenges ahead, but we must flee from pessimism and conformism,” Arrimadas wrote on Twitter.

The leader of Ciudadanos has added in her message: “We have to turn the crossroads into an opportunity and win the future together. I fully share this hopeful speech by the king. “

“Spain is going through a time of great difficulties and has enormous challenges ahead, but we must flee from pessimism and conformism. We have to turn the crossroads into an opportunity and win the future together. I fully share this hopeful #KingSpeech “

Criticisms of Podemos and the nationalists

A very different assessment has been made by the parties of the left and the nationalists, who they regret the lack of self-criticism of Felipe VI. This has been stated by the spokesman for the parliamentary group of United we can, Pablo Echenique, who has criticized that in the message there were also no mentions of the “emeritus escaped in Abu Dhabi.”

“Felipe VI chose a small room but the elephant in it is giant,” says Echenique in a tweet in which he adds that the king has referred in his speech to “all issues, except one: the monarchy.”

Also the state co-spokesperson of Podemos, Isa Serra, has criticized in an appearance to assess the content of the speech that Felipe VI did not mention his father and his “serious corruption scandals” despite having pointed to the need for “moral and public integrity” of the institutions.

For his part, the President of the Generalitat, Pere Aragonès (ERC), has vindicated his republican values ​​and his defense of the “cause of freedom and progress”, against the “empty speech” of King Felipe VI. In the traditional offering at the tomb of former President Francesc Macià, on the 88th anniversary of his death, Aragonès has said about the message that “we expected very little and has contributed very little.”

“We are republicans,” stressed Aragonès, who highlighted the “very clear contrast” between the monarchy and the figure of Macià, which “united the cause of freedom and the cause of progress.”

In the same act, the deputy of the PDeCAT in Congress Genís Boadella has reproached Felipe VI that continue without “rendering accounts” for the situation of the king emeritus. According to Boadella, “it is not worth asking for exemplarity” when the monarch himself “is part of an institution that has not given any example” or “any explanation for the departure” from Spain of Juan Carlos I. “They have never been held accountable for this situation” , has protested Boadella, who has demanded “to be able to have a democratically chosen head of the State”.

See also  FC Barcelona: Kun Agüero will announce this Wednesday that he is leaving football due to heart problems | sports

Meanwhile, the spokesman for the PNV in Congress, Aitor Esteban, has indicated that to have “credibility” when he speaks of “public and moral integrity”, the king would have to say that the inviolability of the Crown “can be modified in the Constitution.”

“It seems that puts homework on everyone and he tiptoes over the serious problem that afflicts the Crown, “said Esteban, who added that Juan Carlos I made continuous allusions to public and moral integrity” and we already see what he was up to and how he behaved, certainly not complying with what is expected of a head of state”.