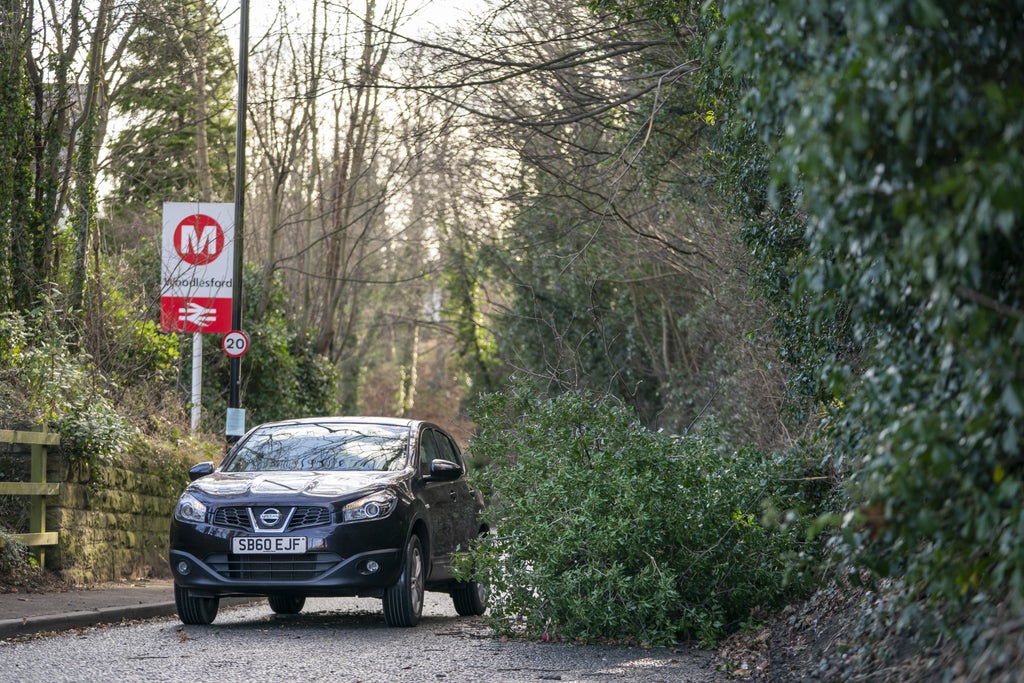 Around 80,000 customers have been affected by power outages and up to 16,000 customers remain without power, a day after devastation from Storm Malik brought high winds to parts of the UK and two people were killed by falling trees.

Northern Powergrid said those affected live in Northumberland and County Durham and warned some people will be without power on Sunday as Storm Corrie is expected to bring another gust of strong winds.

Storm Corrie will bring gusts of up to 90mph to exposed coastal locations in northern Scotland and gusts of 70-80mph to the north, according to the Met Office.

Northern Powergrid director Paul Glendinning said: “We have successfully restored supplies to over 60,000 customers, but given the amount of work that needs to be done and the fact that we expect more high winds through Sunday afternoon, we believe that a relatively small proportion of our customers are likely to remain without power beyond Sunday night.”

Andy Bilclough, director of field operations for Northern Powergrid, said: “We still have a long way to go, but we now have a great team in perfect condition for the type of work we do.

“Storm Corrie is a concern, but we will do everything we can today while it is safe to do so.”

Road closures, downed trees and power lines are down in parts of County Durham on Sunday, where a major incident was declared to deal with the devastation caused by Storm Malik.

Durham County Council tweeted: “We are continuing our clean-up efforts following the impact of #StormMalik.

“Our crews are out again today clearing blocked roads, trails and debris to keep our county open.”

Scottish and Southern Electricity Networks (SSEN) said Storm Malik caused “significant damage” to its network and left some 18,000 customers without power as of 11 a.m. Sunday.

Rural Aberdeenshire is among the worst affected areas and some customers in Angus, Highlands, Moray Coast and Perthshire are still waiting for supplies to be restored.

SSEN warned that the double whammy of storms Malik and Corrie could mean some customers, particularly those in rural Aberdeenshire, will have to wait until early next week before supply problems are ironed out.

“While we expect to restore power to a significant number of homes that were still affected by Storm Malik during the course of today, due to the extent of the damage caused, coupled with the expected impact of Storm Corrie, we look forward to restoration. Full customer supplies from both storms will run through the early part of next week.

“Therefore, we remind all customers who remain without supply that they can consider making alternative arrangements, where possible.”

The Met Office has issued an amber and yellow weather warning for wind in the north of Scotland from Sunday to Monday morning.

It states that “Flying debris is likely and could cause injury or danger to life,” while there may be some damage to trees and buildings, which could include shingles that have come loose from roofs.

The Met Office said: “Storm Corrie will bring a period of high winds later today and into Monday morning, particularly in northern parts of the UK.

“Damaging winds are likely to cause travel disruptions in some locations.”

Storm Corrie will likely cause some travel disruptions and generate some “large and dangerous waves around the coasts,” forecasters add.

A nine-year-old boy and a 60-year-old woman were killed when trees were toppled by dangerous gusts on Saturday.

Staffordshire Police said a man is in hospital after the incident that killed the boy.

Police were called to Hollington Road, Winnothdale, near Tean, at 1pm on Saturday after reports that a tree had fallen on a boy and a man, and both were taken to Royal Stoke University Hospital.

The boy’s death came after a 60-year-old woman was killed by a falling tree in Aberdeen.

Winter showers are also expected in the north of Scotland, which could generate ice on untreated surfaces, with up to 1-2cm of snow potentially falling in some areas that are above 200m, according to the Met Office.