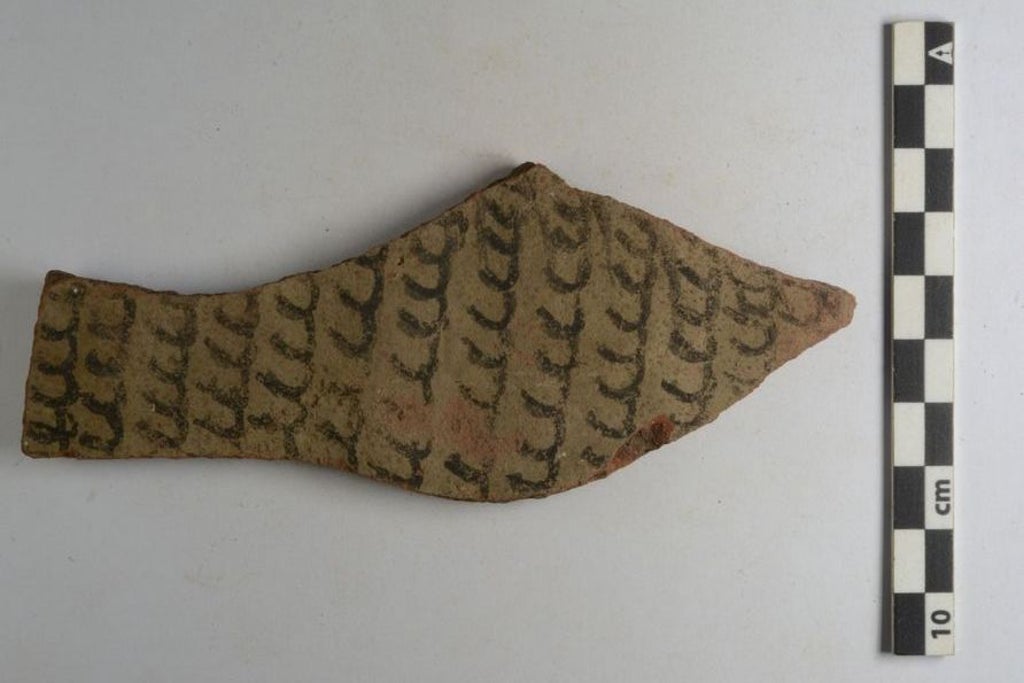 “Naughty pupils” in ancient Egypt weren’t spared the wrath of their teachers and apparently wrote lines on pottery as school punishment, according to new findings.

Archaeologists recovered more than 18,000 pot shreds from the long-lost city of Athribis in central Egypt that detailed daily life in the region about 2,000 years ago.

The shards – known as ostraca – were remains of vessels and jars which served as writing materials akin to “notepads”, said scientists, including those from the University of Tübingen in Germany.

The findings, described in the journal Bulletin of the Institute Français d’Archeologie Orientalerevealed that the ostraca recovered from ancient Athribis documented lists of names, purchases of food and everyday objects, trade, teaching materials and writings from a school, including the punishment lines.

Egyptologists said it is very rare to find such a large volume of pottery shards, providing rich insights into the daily life of ancient Egyptians of this time period.

They said about 80 per cent of the pot shards were inscribed in demotic, the common administrative script in the Ptolemaic and Roman periods which developed from hieratic after 600 BC.

Researchers also came across pottery shards with Greek, hieroglyphic and, more rarely, Coptic and Arabic scripts, hinting at a multicultural history of the ancient city during this time.

There were also special pictorial ostraca recovered in the study that showed various figurative representations such as animals, including scorpions, swallows, humans, gods from the nearby temple and geometric figures.

The contents of the pot shreds, researchers said, varied from lists of different names to accounts of various foods and items of daily use.

A large number of ostraca, they said, could be from an ancient school.

“There are lists of months, numbers, arithmetic problems, grammar exercises and a ‘bird alphabet’ – each letter was assigned a bird whose name began with that letter,” Christian Leitz, of the Institute for Ancient Near Eastern Studies (IANES) at the University of Tübingen, said in a statement.

A large quantity of the pot shreds, in “three-digit numbers”, contained writing exercises that researchers speculate may have been punished given to “naughty pupils” in the ancient Egyptian school.

These ostraca, they said, were inscribed with the same one or two characters each time, both on the front and back.

Researchers also recovered shards containing writing exercises, including one where a pupil apparently wrote numbers from one to 100, which they said the student managed to do, but got confused and wrote 86 instead of 84 in the sequence between 83 and 85.

“First part of the exercise consisted of writing the numbers, probably from 1 to 100, which the student managed to do, except for a confusion of 86 to 84 on row l. x+8 of the first column,” they wrote in the study.

Such large quantities of ostraca, inscribed with ink and a reed or hollow stick (calamus), have only been made once before, in the workers’ settlement of Deir el-Medineh, near the Valley of the Kings in Luxor in Egypt, researchers pointed out out.

While these ancient texts were mostly notes about medical practices and medicine, the new discovery in Athribis reveals fresh insights into the daily life of common people in the ancient civilization.