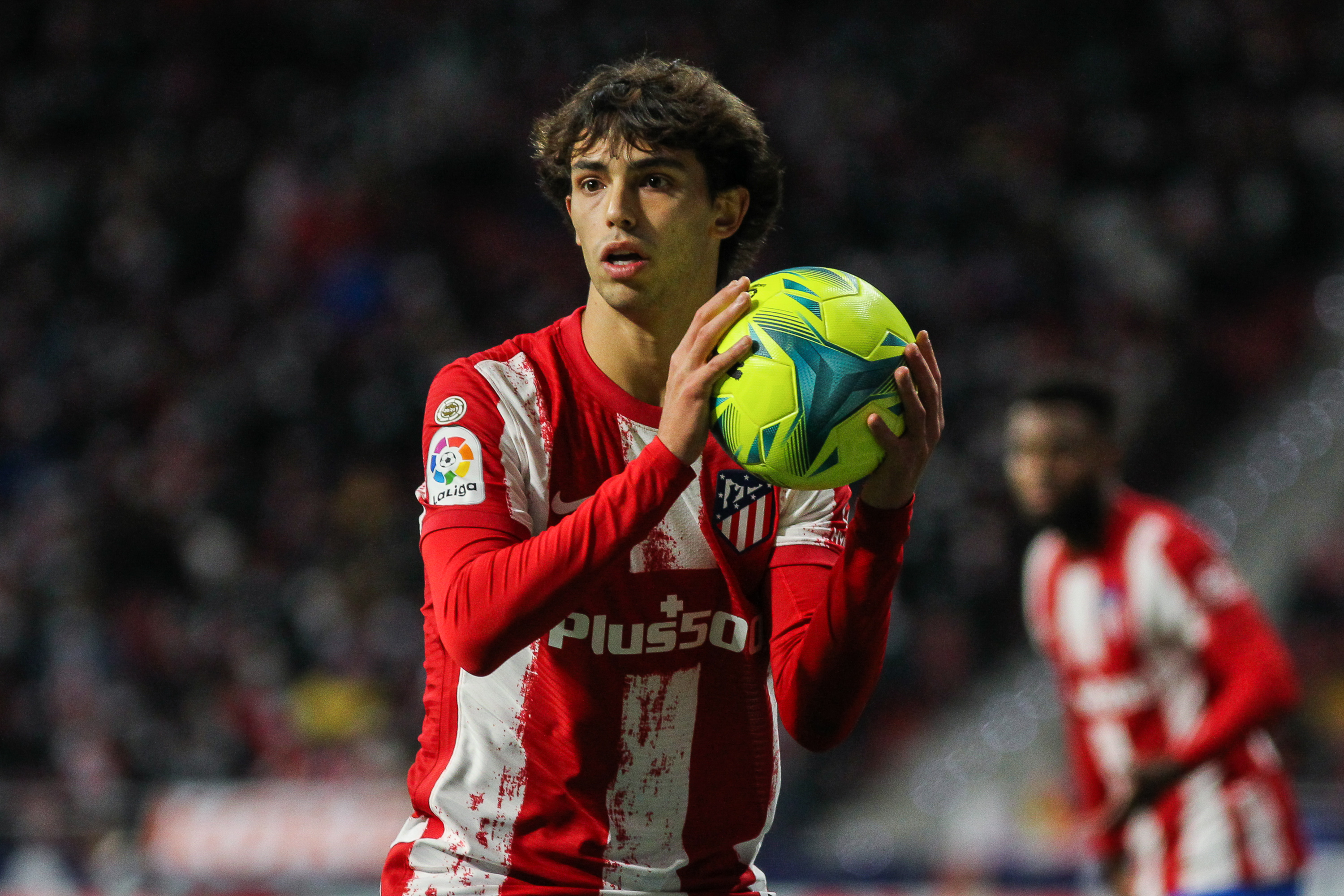 Among the doubts that exist about the eleven that Diego Pablo Simeone will have this Tuesday, is the alignment from the beginning of João Félix. “It’s a day for him,” they say at Atlético de Madrid, faced with the need to win with a comfortable goal difference to ensure a place in the knockout stages of the Champions League. The internal current installed in the club that defends the ownership of the Portuguese attacker appeals to the desire that the boy has to give a final blow to win the trust of Simeone. And also the motivation to play against the club in which he felt that they stopped believing in him because of his then short stature (today he measures 1.81m).

From eight to 13 years old, João Félix traveled the 130 kilometers that separate his native Viseu from Porto five times a week. A bucolic journey between terraces of vineyards, pine and eucalyptus forests that he completed with his father at the wheel. Installed in his last two years at Porto in one of the residences that the club has set up for its young promises, João Félix and his father decided that their future lay at Benfica. Since then, he is considered a traitor among portista fans. His effusive celebration of a goal at the Do Dragao stadium in the first classic he played wearing the eternal rival’s shirt in 2019 is burned among the Porto fans. His teammate Rafael Silva had to take him from the corner where he went to celebrate to avoid incidents.

“As I grew as a man and as a player, I realized what I wanted: to have the ball and to play wonderful and happy football. That’s when I’m at my best, that’s when I’m me. But when he played for Porto’s youth teams, that didn’t always happen. They didn’t believe in me as much as I believed in me. They criticized me for my height. They took me off the court and took the ball from me. In Porto I lost my joy ”, João Félix confessed in an interview with The Players Tribune.

Two and a half years after becoming the most expensive investment in Atletico history (126 million euros), João Félix returns to Porto with feelings similar to those that prompted him to leave and join Benfica. Neither the maximum shareholder of Atlético, Miguel Ángel Marín, nor the player’s representative, Jorge Mendes, are oblivious to the player’s problems to finish fitting into Simeone’s football ideology. Most of the individual talks that the Argentine coach has had with João Félix have had more to do with the defensive work he has to do than with the offensive.

Faced with the disagreement in the way of feeling the game of coach and player, this summer his agent tried to negotiate a loan to Barcelona that Gil Marín stopped in his tracks, defending that the boy is a non-negotiable bet of the club. That same message also reached Simeone’s ears. The coach knows first-hand that he must attend to the protection of the high investment made. At the club they hope that the strong character of João Félix will finally prevail and break in the footballer that many of the daily witnesses of Atlético’s training point out as the best in the squad.

In the time he has been at Atlético, the 22-year-old boy has not been daunted when he has considered unfair that heavyweights from the locker room recriminate some of his performances. This season, sitting on the Mestalla bench, he also did not like the ironic look that Simeone gave him after the kisses that Antoine Griezmann dedicated to the coach after scoring a goal from outside the area, the second on his account that afternoon. “Because of his courage and character, João is the Viriate of Viseu”, the mayor of his hometown came to define him in reference to the Lusitanian warrior who led the resistance to the Roman Empire. In terms of participation, João Félix has been the main victim of Griezmann’s return. Simeone’s faith in the French striker is far from that of the Portuguese attacker.

This season there could have been a turning point after the brilliant performance that João Félix signed against Barcelona. “When the first half was over, I went up to him and said, ‘What I need from you is what you’re doing.’ When you stop play, you hurt your potential. It generates vertigo in the rival ”, related Simeone. Full confidence lasted three games, the draws against Real Sociedad (2-2) and Levante (2-2) and the defeat in Liverpool (2-0). In Mestalla he was a substitute before the national team break. Then came a blow to a calf that was dealt by a youth squad in training and left him out against Osasuna and Cádiz. “Now it’s good to play a game for him,” they insist at Atlético. Another thing is what Simeone does.