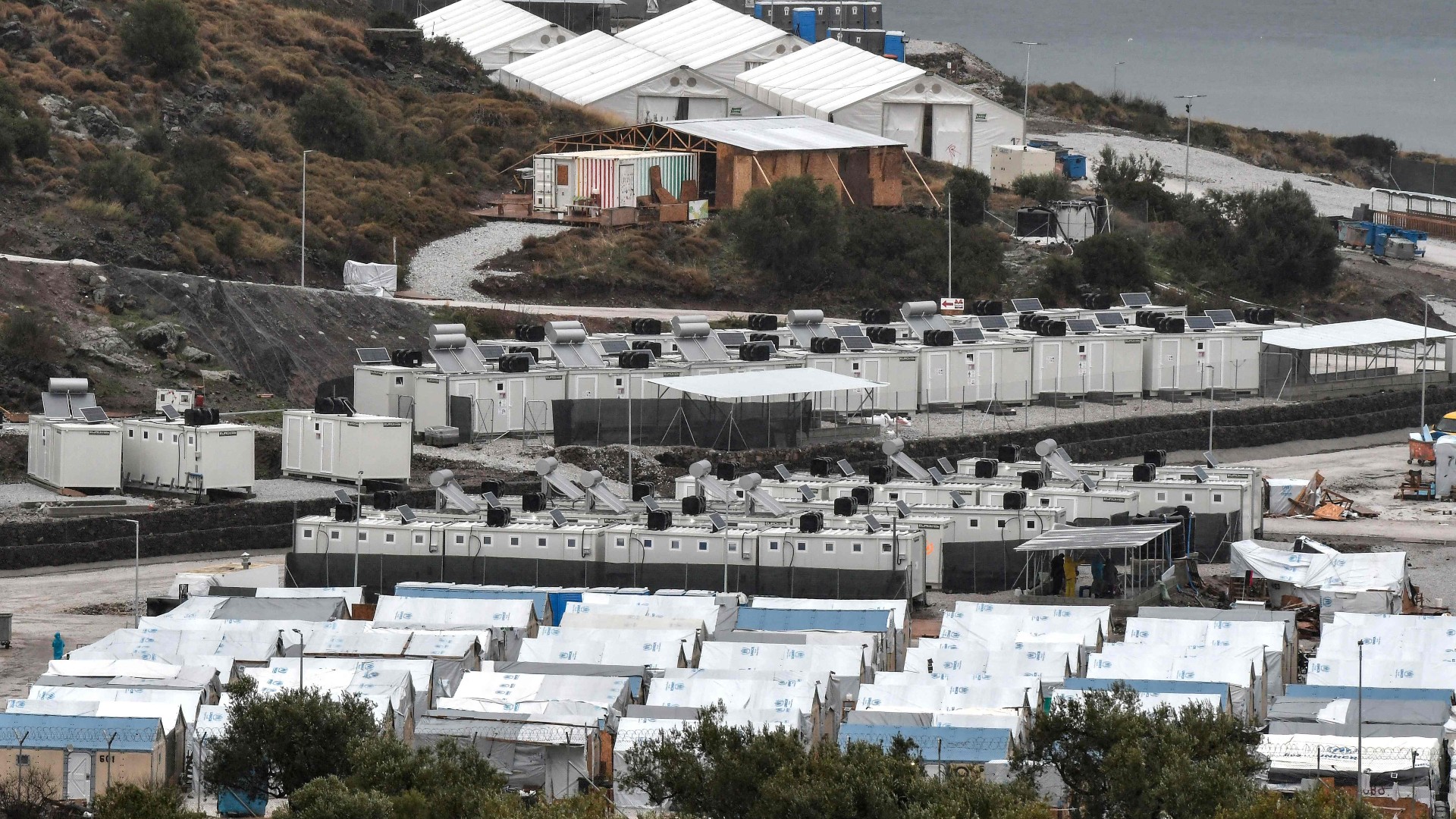 Pope Francis has returned to Lesbos, Greece, on his second visit to the island in 5 years. In 2016, in the midst of the refugee crisis, this pope, who has us used to leading by example, several immigrant families were brought back to Italy that today are perfectly integrated in the country.

Were the times of Moria, the largest refugee camp in Europe. There, more than 21,000 people of 56 different nationalities. They came by boat from neighboring Turkey day yes, day too.

In 2020 a fire destroyed the facilities, and the Greek government was forced to accommodate them in a new field, Mavrouni.

Most of the inhabitants of Moria were transferred to the peninsula.

Currently, in Mavrouni there are barely 3,000. Meanwhile, Moria is today a large wasteland, on the slopes formerly populated with tents and makeshift mattresses, grass has grown again.

We accompanied Jacob, a young refugee, to the old site because this was the first European land he ever set foot on. Together with his parents, both dentists, and his brother, they fled Turkmenistan in 2019. “Little is known about my country,” he tells us. “It is almost like North Korea, that is, a repressive regime based on the cult of the person, the person of the tyrant who rules with an iron fist,” he adds.

The first thing he saw were fences, many fences. “We had done nothing wrong and yet we looked like gangsters, and Moria, a prison. Living there was surviving.”

Remember to queue two hours to take a cold shower and queues to get a portion of food that was always in short supply.

You fight every night, robbery and abuse

Hadi knows it well too. He has been on Lesbos the longest, since 2016. He fled Iran across mountains to Turkey and from there to Lesbos. In Moria, remember, there were fights every night, robberies, abuse. The police looked the other way. When the field was burned he decided that there would be no more ‘Morias’.

He looked for a cook job in Lesbos, even if he had papers, and today he collaborates with a Basque NGO, Zaporeak, which delivers meals to the occupants of Mavrouni. He lives for rent outside the refugee camp, always risking an inspection that returns him to the facilities.

Along with him we also find two Afghan women, Deny and Nodi. They came with their husbands and children, three each. They want us to tell their story and they thank us in advance.

Second visit of the Argentine pontiff to Lesbos (Greece)

Deny has a paraplegic son. He shows us on a mobile the marks of his last suicide attempt. “This is not life for him and in the end psychological problems have surfaced.” This is very common among refugees from Lesbos. His dream is to get to live in France one day.

She and Nodi passed from Moria to Mavrouni. “There are not so many fights here anymore”, they tell us. Of course, the population has been greatly reduced, but the deficiencies are the same. Furthermore, the refugees are not free to move around the island. Only one family member can go out once a week. They, as they work in an NGO, move more freely and are here to tell it and for us to tell it.

See also  The birth, death and future of the European Super League

They have not yet been granted the right of asylum, and neither has the cook, Hadi.

Jacob does, and he considers himself lucky for it; The papers have just been authorized, although he still does not have the much-desired passport in his hands. He wants to go to Spain, so he studies the language, and enrolls in law.

Criticism of the pontiff’s European Union

Lesbos is no longer what it was. As soon as they arrive, migrant boats intercept them at sea and return them “hot.”

According to the NGOs that work there, 4,000 tried to leave Turkey this year people, only a hundred have managed to reach the island of Lesbos.

The Pope’s trip to Greece has put Lesbos back on the map. Francisco feels he has a mission, he says. He wants to give them dignity even though some want to ignore them.

And it does not save on criticism of the European Union, which looks the other way, or of the “nationalist selfishness” of some countries. He promised to touch wounds on this trip, “I can’t keep quiet.” And it has fulfilled.