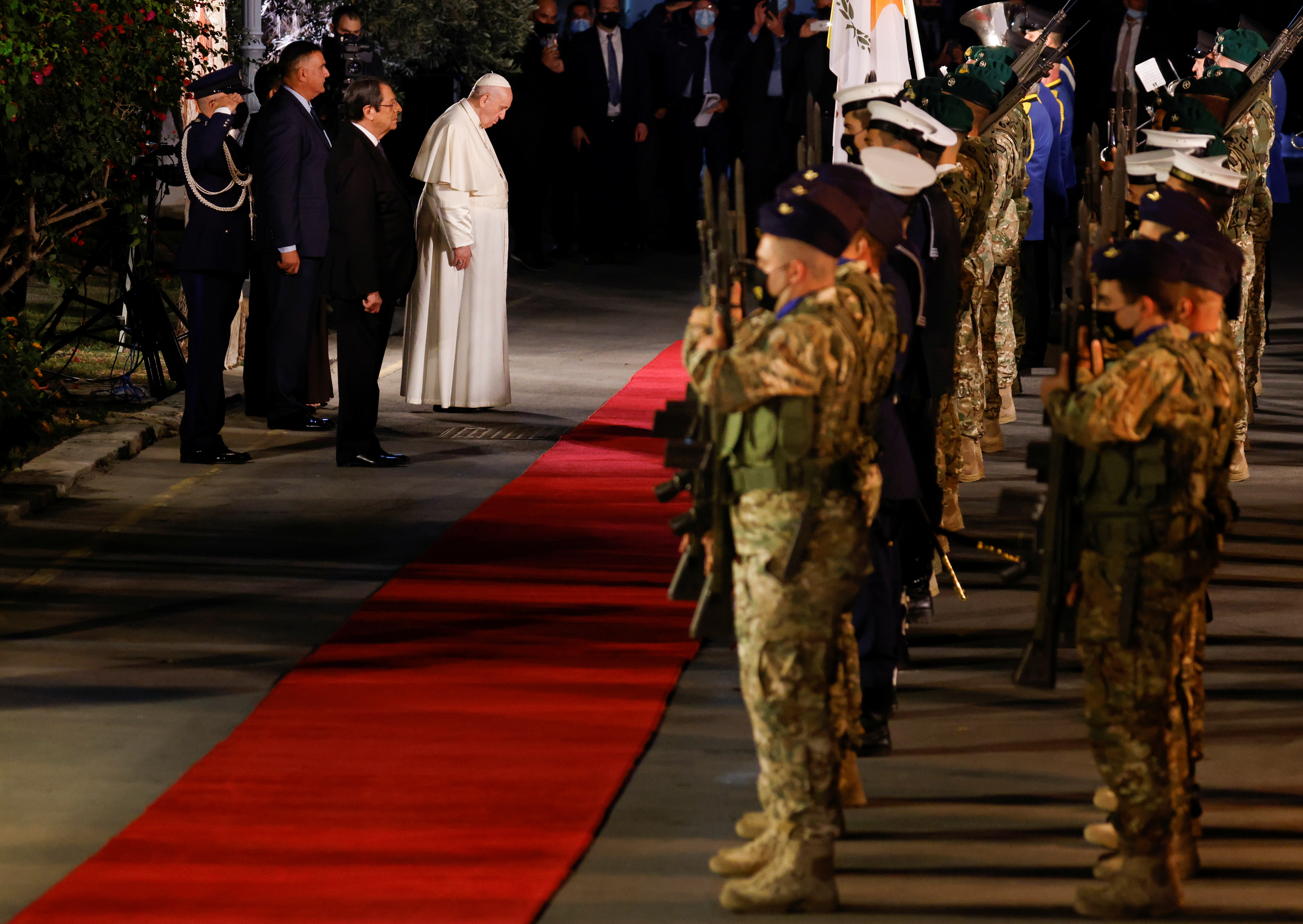 The Pope began his journey through Cyprus and Greece by setting foot in Nicosia, the capital of the easternmost island of the European Union. A border territory of the continent marked by fire by the division, the passage of immigrants and the welcome that the territory has provided in recent years. Francisco made an appeal from there that sounded like a warning to the latest events that have occurred in the European confines. “It will not be the walls of fear or the vetoes dictated by nationalist interests that will contribute to progress, nor will economic recovery by itself be able to guarantee security and stability,” he said, referring to possible solutions from the crisis caused by the pandemic.

Francis will stay in Cyprus for two days before flying to Athens and subsequently to a refugee camp on the Greek island of Lesbos, as he did in 2016. The entire trip is structured around the theme of immigration and reception. , whose best example, the Pontiff considers, is precisely in Cyprus. The Pope stressed this Thursday that the Mediterranean country is the member of the EU that has welcomed in recent years the largest number of refugees in relation to its population. Immigrants reach Cypriot territory from the Turkish coast in precarious boats. “An island that throughout the centuries has not isolated people, but has brought them together; to a land whose limit is the sea; to a place that represents the eastern gate of Europe and the western gate of the Middle East […]. Let us see how the meeting and the reception have borne beneficial results here in the long term; also for the construction of a society that has found its own richness in integration ”, Francisco added.

The Pope usually makes a short speech to journalists when his plane takes off for the first destination of the trip on duty. And this Thursday morning he had already warned on the aircraft that took him to Nicosia that on this trip he would touch “the wounds”, referring to the drama of migration in Europe, what he will talk about in his speeches in both countries and when he visits also the refugee camp in Lesbos, from where he returned five years ago with 12 immigrants on the papal plane. On this occasion, the Vatican and the President of Cyprus, Nikos Anastasiadis, have confirmed that 50 refugees residing on the island will also fly to Rome in a plan promoted by the Pontiff himself.

The divisions and the wound of internal separation are part of this territory. In 1974, Turkey occupied 40% of the island after a military intervention. In 1983, the Ankara-controlled area proclaimed itself the Turkish Republic of Northern Cyprus, but it is only recognized by the country chaired by Recep Tayyip Erdogan. Since January 2002, the United Nations has promoted a negotiation process between the two parts of the island to end the division. But the walls are also in the bosom of the Church. And the Pope has referred to it in an act in the Maronite cathedral of Nicosia, in which he also appreciated the different spiritual sensibilities of the country. “It is a message also for the whole of Europe, with a Church marked by the crisis of faith […]. There are not nor should there be walls in the Catholic Church, it is a common house, it is the place of relationships, it is the coexistence of diversity ”, the Pontiff observed.

Francisco also warned about the fear of the different: “We should not feel diversity as a threat to identity, nor should we be suspicious and worry about the respective spaces”, because “if we fall into this temptation fear grows, fear generates mistrust , mistrust leads to suspicion and, sooner or later, leads to war ”.