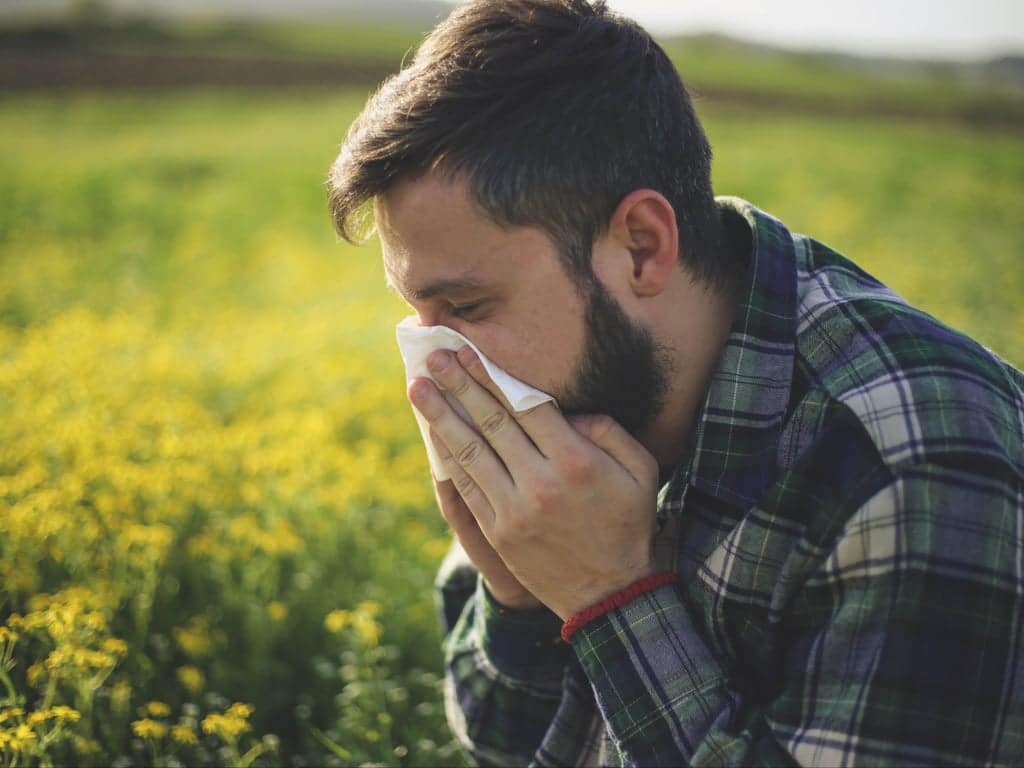 Climate change has already made the allergy season longer and pollen counts higher, but you haven’t sneezed anything yet.

Climate scientists at the University of Michigan looked at 15 different plant pollens in the United States and used computer simulations to calculate how much worse allergy season will likely get by the year 2100. It’s enough to make allergy sufferers even more red-eyed.

As the world warms, allergy season will start weeks earlier and end many days later — and it’ll be worse while it lasts, with pollen levels that could as much as triple in some places, according to a new study Tuesday in the journal Nature Communications.

It’s already happening. A study a year ago from different researchers found that from 1990 to 2018, pollen has increased and allergy season is starting earlier, with much of it because of climate change.

Allergists say that pollen season in the US used to start around St. Patrick’s Day and now often starts around Valentine’s Day.

The new study found that allergy season would stretch even longer and the total amount of pollen would skyrocket. How long and how much depends on the particular pollen, the location and how much greenhouse gas emissions are put in the air.

With moderate cuts in greenhouse gas emission from coal, oil and natural gas, pollen season would start 20 days earlier by the end of the century. In the most extreme and increasingly unlikely warming scenario, pollen season in much of America will start 40 days earlier than when it has generally started in recent decades.

Already about 30 per cent of the world and 40 per cent of American children suffer from pollen allergies, which hurt the economy through lost work days and medical costs, said University of Michigan climate researcher Yingxiao Zhang, lead author of the new study.

Allergies are especially difficult for the 25 million Americans with asthma. This could make the problem much worse for them, said Amir Sapkota, a University of Maryland environmental health professor, who wasn’t part of the research.

While allergy suffering will increase across the United States, the Southeast will get hit hardest, said Steiner.

The start of alder tree pollen season will move most dramatically, an issue in the Pacific Northwest. Cypress tree pollen — which is especially bad in Texas — will see among the biggest increases.

Ragweed and grasses — common pollen allergies — will also have longer seasons and higher pollen counts in the future, Zhang said.

The University of Michigan team’s projections projects would be about twice as large a jump in pollen problems as has happened since 1990, said University of Utah biologist and climate scientist Bill Anderegg.

“Overall, this is an incredibly important study,” said Anderegg, who wasn’t involved in the new research. “It tells us that the historical trends of longer and more severe pollen seasons are likely to continue, driven by climate change, and this will absolutely have substantial health consequences in allergies and asthma for Americans.”