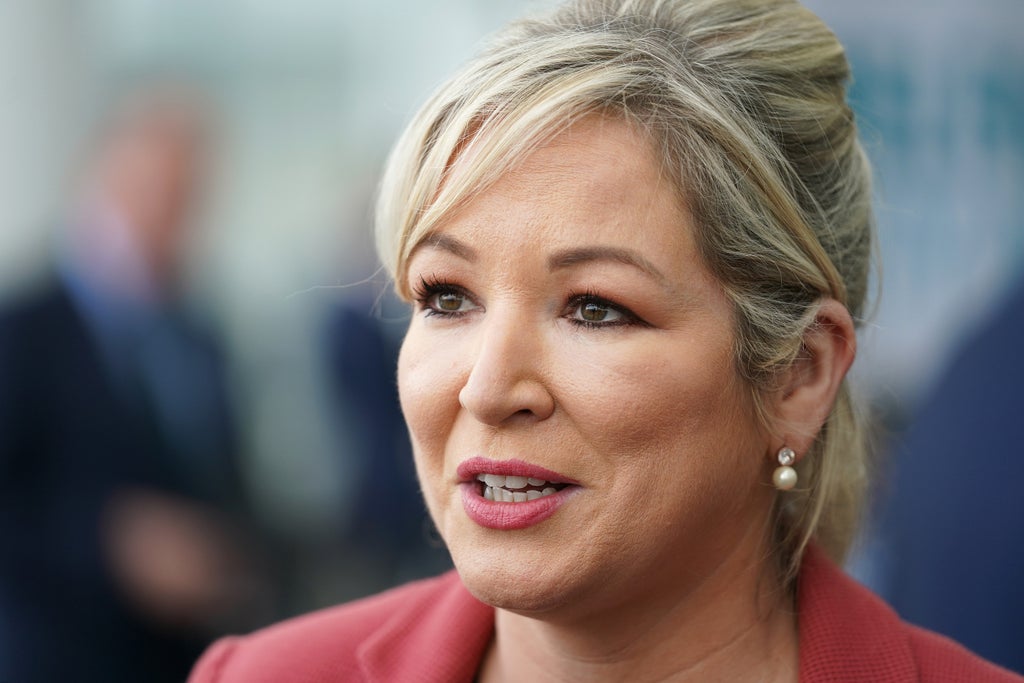 Sinn Fein is on course to become the largest party at Stormont after the May 5 Assembly elections, according to a new opinion poll.

The Institute of Irish Studies University of Liverpool/The Irish News survey puts Sinn Fein at 23.2% of first preference votes among decided voters, well ahead of the DUP on 19.4%.

If the results were replicated in the Stormont election in 11 weeks’ time, it would put Michelle O’Neill on course to become first minister, although neither of the main unionist parties have yet indicated if they would nominate for the role of deputy first minister in the event of Sinn Fein becoming the largest party.

The poll also shows that little more than one in 10 unionists regard the Northern Ireland Protocol as the most important issue in the election.

Just 6.7% of all respondents said the post-Brexit trade arrangements were their biggest concern, with unionists (11.7%) roughly four times more likely to regard it as the most important issue compared to nationalists (3%).

The DUP with drew Paul Givan as first minister in protest at the protocol and have demanded that the UK Government scrap the Irish Sea border.

But the opinion poll indicates that health is a bigger priority among unionists with 29.6% indicating it was their biggest concern, while 22.9% said the economy and 17% cited Covid recovery as the highest priority.

The poll also shows that one in five voters do not know who they will vote for at the Assembly elections and 11.9% of those surveyed said they will not vote.

The Institute of Irish Studies director, Professor Peter Shirlow, told the Irish News: “The majority of those who are as yet undecided are either unionists or in the middle ground, which suggests they have been influenced by recent events.

“The survey began amid the fallout from (Ulster Unionist leader) Doug Beattie’s Twitter controversy and continued through Paul Givan’s resignation – it’s very possible these two factors had a bearing on people’s hesitancy.”

Prof Shirlow said the proportion of nationalists who had yet to make up their minds was comparatively small.

“We know that this group of undecideds tends to be pro-union and socially liberal, so it would appear to be a battle between the middle ground and elements of political unionism for that vote.”

The Institute of Irish Studies University of Liverpool study in conjunction with The Irish News was conducted by Social Market Research Belfast from a sample of 1,002 people between January 25 and February 7. Margin of error: 3.1 per cent +/-.