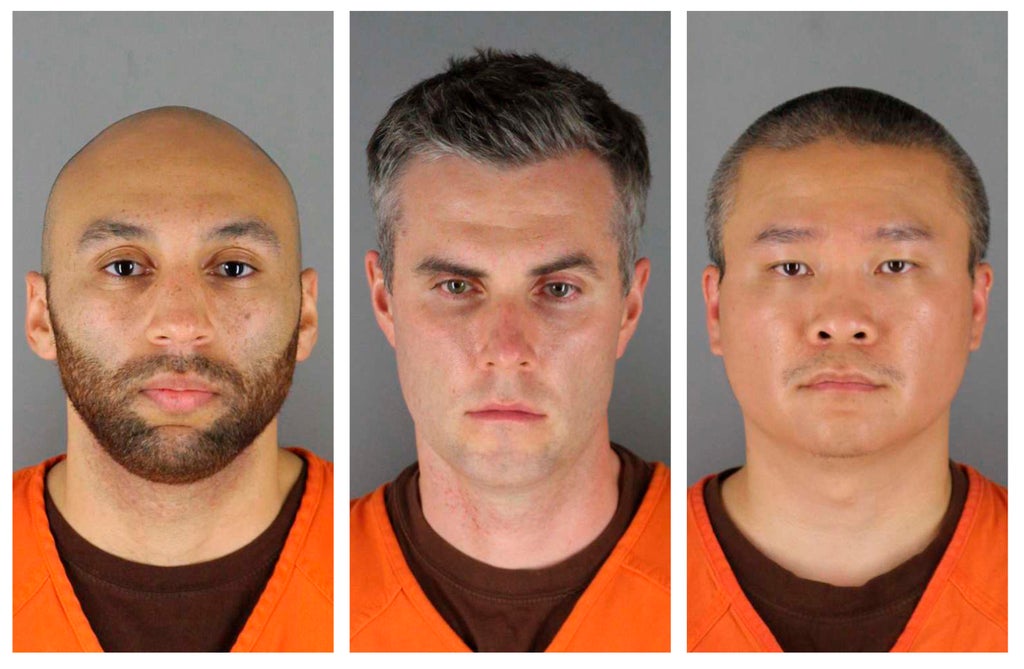 A Minneapolis police officer who oversaw medical training for two of the three former officers charged with violating George Floyd’s civil rights is scheduled to resume testifying in their federal trial Tuesday about what they were taught.

Officer Nicole Mackenzie, the department’s medical support coordinator, testified Monday that J. Alexander Kueng and Thomas Lane were in a police academy “emergency medical respond” class that she taught, which covered first aid, ethics in care and how to hand people off to paramedics.

Lane and Kueng were rookies, just a few days out of field training, when they were dispatched to a call alleging that Floyd had tried to pass a counterfeit $20 bill at a neighborhood market in April of 2020. They were soon joined by two more experienced officers, Derek Chauvin and Tou Thao, and the ensuing confrontation led to Floyd’s death.

On Thursday, a lung specialist testified that Floyd could have been saved if the officers had moved him into a position in which he could breathe more easily, and that his chances of survival would have “doubled or tripled” if they had performed CPR as soon as his heart stopped.

Floyd died because his upper airway was compressed by Chauvin’s knee, while his position on hard asphalt with his hands cuffed behind his back — as Kueng and Lane helped hold him down while Thao held back the crowd — did not allow his lungs to expand, he said Dr. David Systrom, a pulmonologist and critical care physician at Brigham and Women’s Hospital in Boston.

Kueng, Lane and Thao are accused in this case of depriving Floyd, 46, of his rights when they failed to give him medical aid as Chauvin knelt on the Black man’s neck for 9 1/2 minutes. Kueng and Thao are also accused of failing to intervene in the killing, which triggered protests worldwide and a reexamination of racism and policing.

Mackenzie testified that cadets are taught on their very first day about the need to roll subjects into the “side recovery position” so they can breathe instead of keeping them prone on their stomachs. Their first day would also have included training on ethics, she said, including how responders have a duty of care to people in medical emergencies. And she went through excerpts from a textbook that she said they would have been required to read before class

Systrom, who is also an associate professor at Harvard Medical School, testified that video from Kueng’s body camera shows him holding Floyd’s wrist while pressing it down on Floyd’s back, which would have prevented Floyd from being able to relieve the pressure. In video from Lane’s body camera, it looks like Kueng’s knee is putting pressure on Floyd’s abdomen, Systrom said. He said “it’s difficult to know” if Floyd would have died without the pressure Kueng applied.

He said Lane’s restriction of Floyd’s legs also would have prevented Floyd from getting into a position to breathe properly.

Prosecutor Manda Sertich asked what could have been done before Floyd lost consciousness. Systrom responded that it “could have been as simple as removal of pressure on the upper airway by a knee” or letting Floyd sit up.

When asked about Floyd’s chances of survival if officers had immediately begun CPR after his cardiac arrest, Systrom replied: “They would have been doubled or tripled.”

While Baker did not rule asphyxiation as a cause of Floyd’s death, Systrom agreed under cross-examination by Thao’s attorney, Robert Paule that his opinion was “entirely different.” I have noted that Baker has said he would defer to a pulmonologist and other experts on some issues.

Systrom acknowledged under questioning by Kueng’s attorney, Tom Plunkett, that it’s difficult to tell from videos how much pressure Kueng is applying to Floyd. But he said all the pressure points on Floyd’s body “added up.”

Systrom also said he reviewed multiple videos, Floyd’s medical records, Baker’s grand jury transcripts and testimony from experts at Chauvin’s murder trial last year to assemble a “big picture” view. When Plunkett suggested that Systrom had a lot more information available to him than Kueng did, Systrom pushed back.

“From my opinion, counsel, Mr. Kueng had a front-row seat as to what was going on,” Systrom said.

Lane’s attorney, Earl Gray, got Systrom to acknowledge that Lane asked Kueng to check Floyd’s pulse after not being able to find one in Floyd’s ankle and that Lane got into the ambulance with paramedics to try to help resuscitate Floyd.

Kueng, who is Black, Lane, who is white, and Thao, who is Hmong American, are charged with willfully depriving Floyd of his constitutional rights while acting under government authority. The charges allege that the officers’ actions resulted in Floyd’s death.

Chauvin was convicted of murder and manslaughter in state court last year and was sentenced to 22 1/2 years. He pleaded guilty in December to a federal civil rights charge.