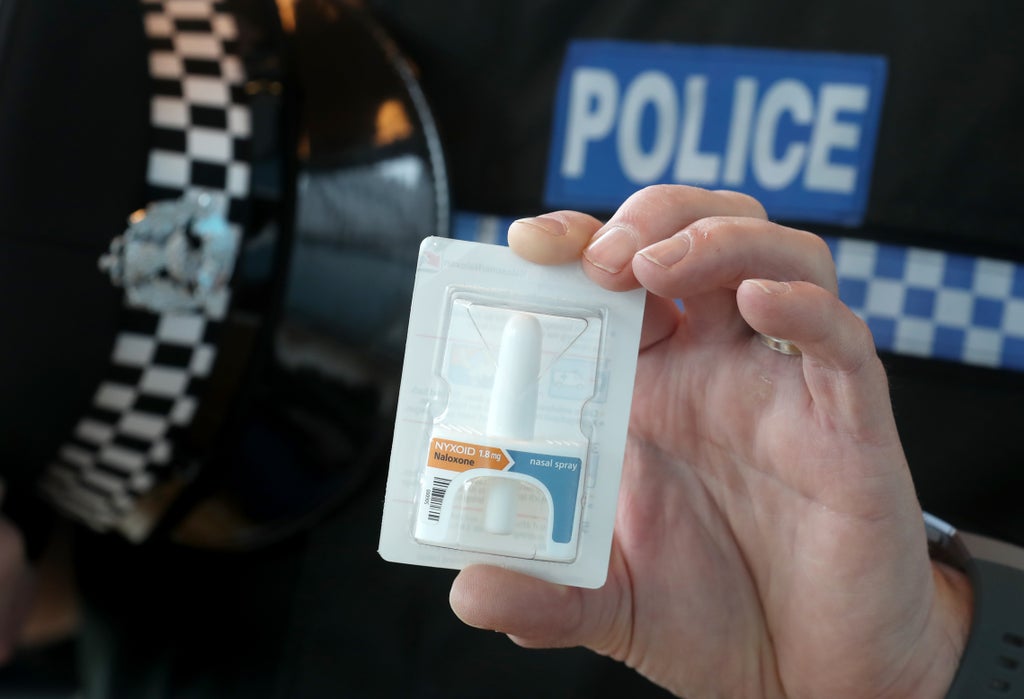 Police Scotland is becoming the first force in the UK to issue all of its officers with the anti-overdose spray Naloxone.

Chief Constable Iain Livingstone said the rollout is the “right thing to do”, following a trial in which the medication was used dozens of times.

Naloxone counters the effects of drugs such as heroin and can save the lives of people who are overdosing, with one constable saying it can have a “miraculous” effect soon after it is administered.

All operational officers will now be equipped with Naloxone kits and trained in their use.

It comes after a study into Police Scotland’s six-month trial of Naloxone found a majority of officers support a wider rollout.

The nasal spray was used 51 times during the trial between March and October last year and its use has continued since then.

Mr Livingstone told the PA news agency: “Today we’ve made a decision as a police service to issue Naloxone to all police officers right across the whole of Scotland.

“That’s after six-month pilot period where in different parts of Scotland a number of officers carried Naloxone.

“What that pilot showed is that Naloxone can save lives. Over 60 people have been saved through the issue of Naloxone.

“It’s safe and officers are comfortable using it. And our community supports officers using Naloxone.”

However he said Naloxone will not fix Scotland’s drug deaths problem.

He said: “Alone, it won’t be the answer.

“We as a police service will continue to target organized crime groups who bring death and misery by selling drugs to the most vulnerable people in Scottish society.

“Policing will play its part, but every agency, every part of Scottish life, must make a contribution.”

During the trial period, around 808 officers were trained in the use of Naloxone and 656 volunteered to carry the nasal spray.

The chief constable added: “It’s been independently and academically evaluated.

“On the back of that we think it’s safe to issue it, we think it will save lives, and we are issuing Naloxone to all our officers because it is the right thing to do.”

Police Scotland is now securing stock of Naloxone to train and equip more than 12,000 officers, a process which will continue in the coming months.

The review of the trial period was carried out by a group of researchers at Edinburgh Napier University.

Pc Ross Hunter, who is based in Dundee, was one of the officers who used Naloxone during the trial period.

He spoke to journalists about his experiences using it at the Police Scotland college in Tulliallan on Thursday.

When he was called to incidents involving suspected drug overdoses, he saw people regain consciousness quickly after using the nasal spray.

“They’re going from the worst moment in their life – a critical moment for their health – and within a few minutes at most they’re up and speaking.”

See also  New £6,000 Covid grants: All the businesses that qualify and how to claim support

In the US, a fetus is sacred – but children in classrooms come second to guns. why?