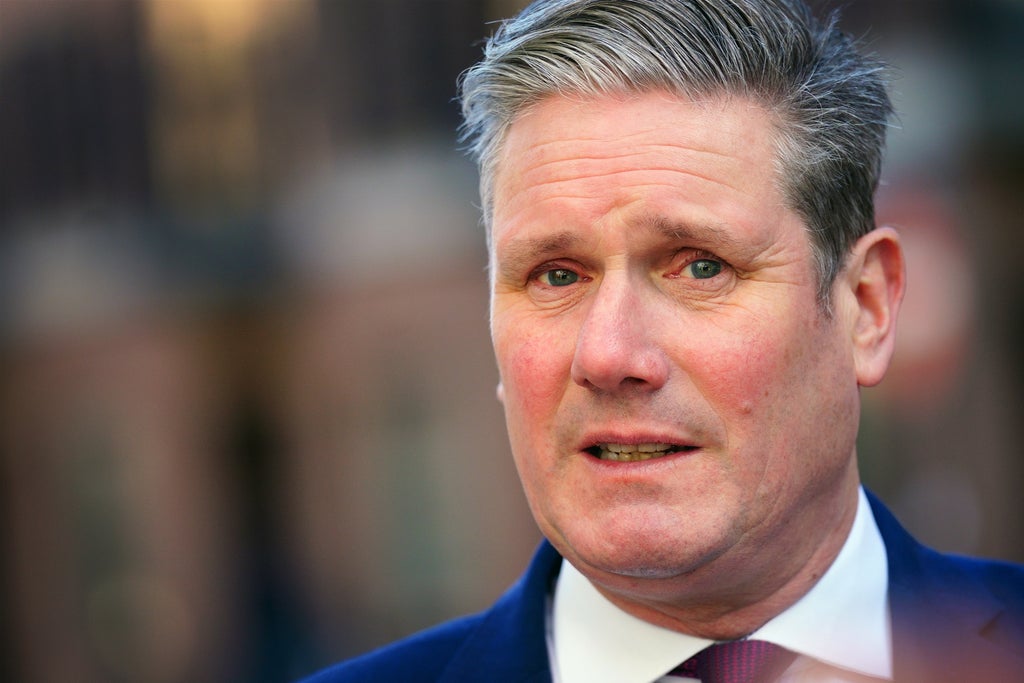 Documents, including a batch of messages from users of the Telegram app who appear to be identifiable, were sent to the Metropolitan Police by the Center for Countering Digital Hate (CCDH) on Friday.

It follows the harassment of Sir Keir outside parliament last week, when he was confronted by an angry mob in Whitehall last week shouting “paedophile protector”.

Asked on Monday if he has received such threats in the wake of Mr Johnson’s comments, Sir Keir said: “Yes. I do not like talking about this because I have got young children.”

The Labor leader told BBC Radio Newcastle: “It’s very important for me to say that what the prime minister said was wrong, it was very wrong. He knew exactly what he was doing.”

Sir Keir added: “There has been a right-wing conspiracy theory for some time that’s a complete fabrication. I have fed into that, and that has caused difficulty.

“But my preference, if I may, is not to talk about that because, as I say, I have got young children and I don’t particularly want them to hear too much of what may or may not be said about me.”

A Metropolitan Police spokesman said: “On Friday 11 February, police received a third party report relating to allegations of malicious communications made against a serving Member of Parliament. An investigation is ongoing.”

A Labor source said: “Of course extremists of all stripes don’t like Keir – he spent years helping to put them and their ilk in prison and keep Britain’s streets safe from them.”

Last week, in a slur which caused widespread criticism and calls for him to apologise, Mr Johnson accused his rival of failing to prosecute Savile while he was director of public prosecutions.

Last Monday, Sir Keir and Mr Lammy, who were walking back from the Ministry of Defense after a briefing on the situation in Ukraine, had to be escorted away from the demonstrators by police.

Critics have said the PM’s jibe is completely unfounded and have blamed the remark for anti-Covid restriction demonstrators targeting Sir Keir outside parliament.

Health secretary Sajid Javid, speaking on a visit to east London on Tuesday, said the images of the opposition leader being bundled into a police car to be escorted away from protesters were “completely disgraceful”.

But the cabinet minister, who has previously distanced himself from the PM’s Savile comments, said “the people who are to blame are the protesters themselves” rather than Mr Johnson.