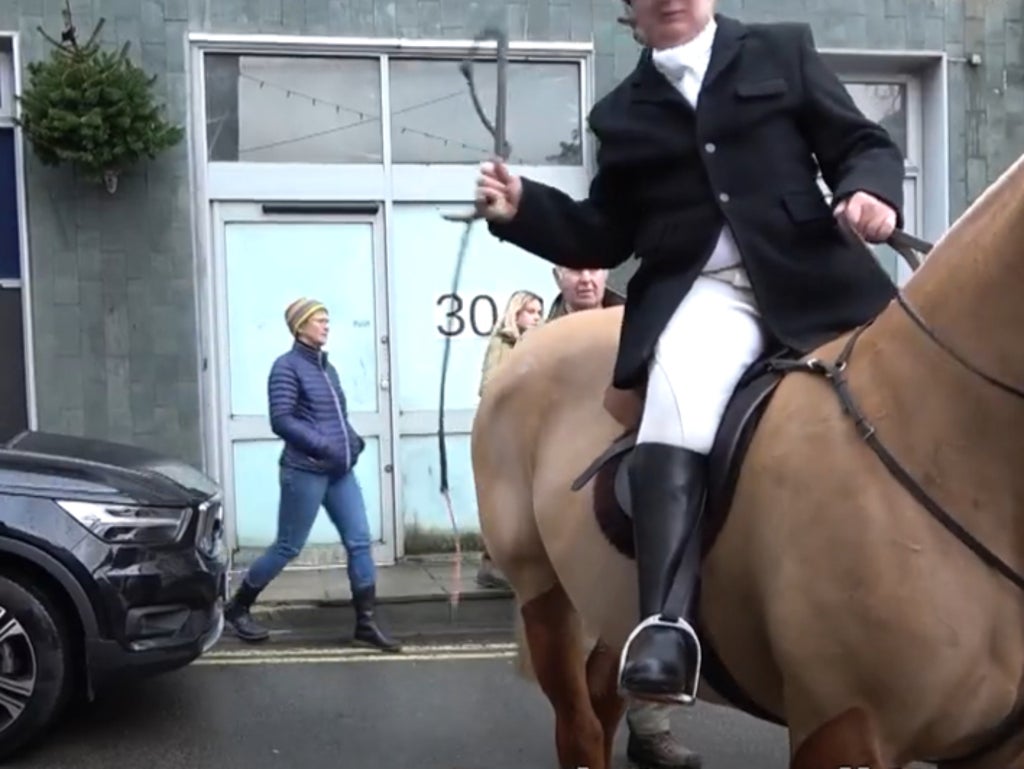 A dossier of evidence details claims that in 10 places, from Yorkshire to Cornwall, hunts caused traffic jams or near-misses involving people and animals.

The document, seen by The Independent and based on reports submitted by hunt opponents around the country, says organizers in many places failed to ask for road-closure permits for 27 December.

Boxing Day hunts were held two days after Christmas because Boxing Day fell on a Sunday.

By law, organizers of any event that blocks a road must apply for permission in advance.

Video clips, sent to the Action Against Foxhunting (AAF) organisation, show hounds were allowed to run loose in the street in several places, risking a collision with vehicles, the dossier claims, while marshals directed traffic – a job only the police may do without road closure permits.

Footage suggests roads were blocked by hunts at Easingwold in North Yorkshire, Camelford in Cornwall, Elham in Kent and Castle Cary and Chard in Somerset, among others.

The AAF says the councils confirmed that no applications for road closures were received.

At Castle Cary, it is said that a car rounding a corner almost collided with a horse it encountered. A video clip shows the car stopped within feet of the horse.

A loose hound was almost hit by a motorbike, while a protester was pushed over by a hunt supporter, according to the dossier.

At Chard, according to the report, stewards surrounded anti-hunt activists, forcing them off the road, before a rider backed into protesters, prompting a scuffle.

The North Cornwall Hunt stopped for 40 mins in a disabled bay in Camelford, it’s claimed. Elsewhere, horses “were ridden on pavements, also illegally.”

In Suffolk, North Yorkshire and Cornwall, hunt supporters were filmed collecting money from onlookers – one with an open bucket, another with an open bag. By law, street collectors must be collecting for a charity, must have a license and use a collection box, bucket or tin that is sealed and labeled.

“Some of the hunts collected money illegally for themselves, and some claimed it was for charity, but the buckets were not sealed and not labelled,” the report says.

Footage taken in Suffolk showed a quad bike rider with a bird of prey driving in the road – illegal without number plates.

The dossier concludes: “Even though the meets are intended to make the hunts look legitimate, many of them repeatedly break the law.

“Once campaigners began looking into it, it turned out that very few hunts had any permission. They just showed up in towns and did whatever they pleased; no road closures, no health and safety, no actual permission to be there.

“Campaigners encountered resistance amongst many councils. Unlike the general population, where hunts have only 15 per cent support, the amount of support amongst councilors was much higher.”

The Wiltshire police and crime commissioner is already investigating police conduct at a brawl at Lacock between hunt supporters and protesters.

“Some councils and police told the hunts to apply to close the roads, but they ignored them,” the organization said.

Hunt opponents in several places have submitted complaints to their local forces.

A Devon and Cornwall Police spokesman said they were investigating an allegation of common assault and criminal damage on a vehicle on that day in the Camelford area.

“It is alleged that an altercation took place and threats were made, and also a sustained car damage during the incident,” a spokesman said. “Police are appealing for witnesses and would like to hear from anyone who was present at the event.

“Investigating officers are also particularly keen to hear from anyone who was in attendance and is prepared to share unedited footage that they may have captured of the day with the police; this can include CCTV, dash cam, or footage captured on a mobile phone.”

Avon and Somerset Police said they investigated an allegation of assault and a report concerning obstruction of a highway in relation to hunting meets in Chard and Castle Cary, but that no criminal offenses had been identified.

The Independent asked the Countryside Alliance to comment on behalf of hunts but did not receive a response.