Police have given a new update regarding the case involving Gogglebox star Ellie Warner’s boyfriend.

Nat Eddleston was hit by a car during a night out last month which left him seriously injured and admitted to intensive care.

And now West Yorkshire Police have confirmed that they have spoken to the driver of the car during their ongoing investigation – confirming to The Sun that “the driver was questioned” after the incident.

The update follows an original statement issued at the time, which reads: “The pedestrian remains in a critical but stable condition in hospital and inquiries into the incident are ongoing”, writes The Mirror.

Last month, police stated that Nat ‘remains in a critical but stable condition’ after he reportedly suffered from a broken neck and two collapsed lungs during the incident on Friday, March 18.

Girlfriend Ellie, 31, understandably hasn’t appeared on Gogglebox since Nat was rushed to hospital and is set to miss the rest of the season.

The Yorkshire-born star has appeared on the award-winning production alongside her sister Izzi since they joined the Channel 4 show in 2015.

“Ellie has been told to take all the time she needs – everyone on the show is hoping and praying Nat will be ok,” an insider told the Daily Star last month.

It has also been reported that Gogglebox have paid Ellie her £1,500 show fee in full to put her mind at rest about money, amid the ongoing circumstances.

Nat was reportedly knocked down by a white car shortly after midnight on March 18, after meeting friends for drinks at a pub in the Halton area of ​​the city.

West Yorkshire Police confirmed the road in Halton, Leeds, was cordoned off on Saturday morning.

Ellie is yet to comment on Nat and his recovery – but has reportedly “barely left” his side since he was hospitalized.

It’s previously been reported that the hairdresser is “fearful” that her boyfriend – who once appeared on the Channel 4 show with her – may have suffered brain damage following the accident.

Ellie and sister Izzi have become fan favorites with Channel 4 viewers over the years, thanks to their hilarious TV commentary and on-screen dynamic.

Many of their early Gogglebox scenes were filmed at their Yorkshire family home, where eldest sister Ellie still lived at the time.

When the coronavirus pandemic began and the first lockdown was implemented in early 2020, Izzi took a brief break from the show, with Ellie’s boyfriend Nat stepping in to cover the star.

Just weeks before the horrifying accident, Ellie declared her love for her partner in a gushing Valentine’s Day tribute on Instagram.

Sharing a picture of Nat holding up a piece of kebab meat, Ellie cheekily wrote: “Happy Valentine’s Day to my one true loves [heart and laughing emoji].”

Get the latest celebrity gossip and telly news sent straight to your inbox. Sign up to our weekly Showbiz newsletter here. 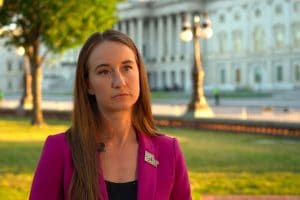 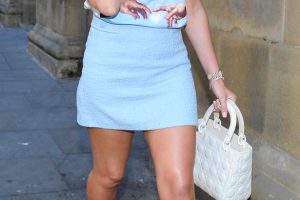 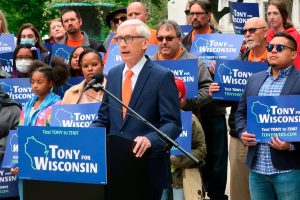 Wisconsin’s Evers looks for boost from anger over abortion