Police called to reports of a dog “screaming” found an emaciated lurcher close to death.

A vet who treated the dog later described her as the worst case of neglect they had ever seen.

The dog’s cries were heard coming from a pick-up truck parked in a lay-by on the A822, Perth Sheriff Court heard.

When officers arrived on the scene they could tell right away that the lurcher-type dog Christopher Robertson was seen trying to put into the back of the truck was seriously unwell as she was bald, covered in sores and so skinny it’s hips and ribs were showing .

Prosecutor depute Sarah Wilkinson told the court last Wednesday they would later discover the dog had been so ill-treated it was thought to be days away from death.

Ms Wilkinson said it was around midday on July 13, 2018 when Robertson, from Kirkcaldy, appeared in the driveway of a woman’s property somewhere between Muthill and Braco and approached the front door.

“He knocked on her door and when she answered it he showed her a battered, damaged old plastic container which smelled of diesel and asked her for water for his dogs,” Ms Wilkinson told the court.

“The woman was unsettled by her appearance and declined. She closed the door and he left.”

The woman and another person, who was tending to her garden, then began to hear strange noises in the distance where the man had wandered off to.

“They saw the same male standing in the lay-by on the A822.”

Robertson was seen pacing up and down the road.

“Each time he returned to the lay-by the noise of the distressed dogs would start up again,” she said.

The court heard the witness then called the police and they arrived on the scene at around 2.40pm.

“On arrival they saw the accused was walking an extremely emaciated lurcher-type dog,” Ms Wilkinson continued.

“Even as they pulled up they saw the dog was almost completely bald and covered in sores and extremely emaciated with its ribs and hips showing.”

Ms Wilkinson said Robertson then started to act strangely as the officers approached him.

“A witness constable attempted to speak to him and started asking him questions,” she said. “He immediately became angry and aggressive. He was asked ‘what’s the dog’s name?’ and he replied ‘f***’s it to do with you?’

“He was repeatedly clenching and unclenching his fists [and] fidgeting with his belt and attending officers could not see if he was attempting to conceal something in his hands.

“Both officers were alarmed by his conduct and he was informed he was under arrest.”

Ms Wilkinson said at this point Robertson told the officers to “get tae f***” and moved back towards his vehicle.

“The accused managed to grab the underside of the car and pull his body underneath the car,” she said. “As he did so his T-shirt rose up and a sheath and knife was seen attached to the front of his belt.”

The court heard the attending officers then called for back-up which arrived in about 20 minutes time and together they managed to get Robertson back out underneath the pickup.

Ms Wilkinson said they went on to discover in addition to the lurcher-type dog Robertson also had a small Border terrier in the car with him which was said to be in a “better condition”.

She said both animals were then passed into the care of vets at Tay Valley Veterinary Center where two vets who examined the lurcher-type dog later testified to its condition being the “worst” they had ever seen.

One vet was quoted in court as saying: “Her condition was at the extreme end of the scale of neglect and/or cruel treatment. No reasonable person could have looked at her and not known she needed urgent attention.”

The other vet was quoted as saying: “It is my opinion that in this case it has been months of neglect. If the whippet had not received treatment when it did I think it would have died over the weekend.”

The dog made a recovery after treatment.

Robertson (50), of Pratt Street, Kirkcaldy, admitted causing the dog unnecessary suffering between March and July 2018. He also admitted acting in an aggressive manner and having a knife without a reasonable excuse on July 13 that year when he called at the woman’s door.

Defense solicitor David Holmes said in mitigation Robertson had suffered a serious brain injury as the result of an assault earlier the same year and this had impacted on his behavior causing delusions and memory loss.

Sheriff Francis Gill told Robertson after looking over photographs of the lurcher-type dog he had been responsible for “a shocking catalog of neglect”.

“It’s clear from the photographs you treated this dog appallingly,” he said.

He banned Robertson from keeping animals for 20 years and imposed a restriction of liberty order on him meaning he is not allowed to leave his home address for the next nine months anytime between 7pm and 7am. 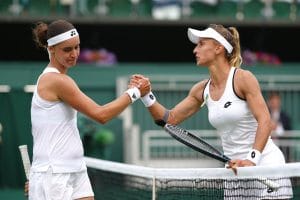 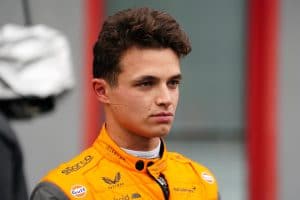 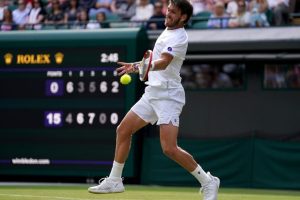 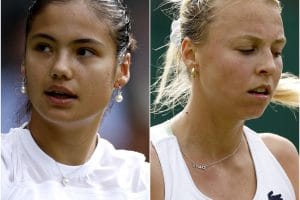