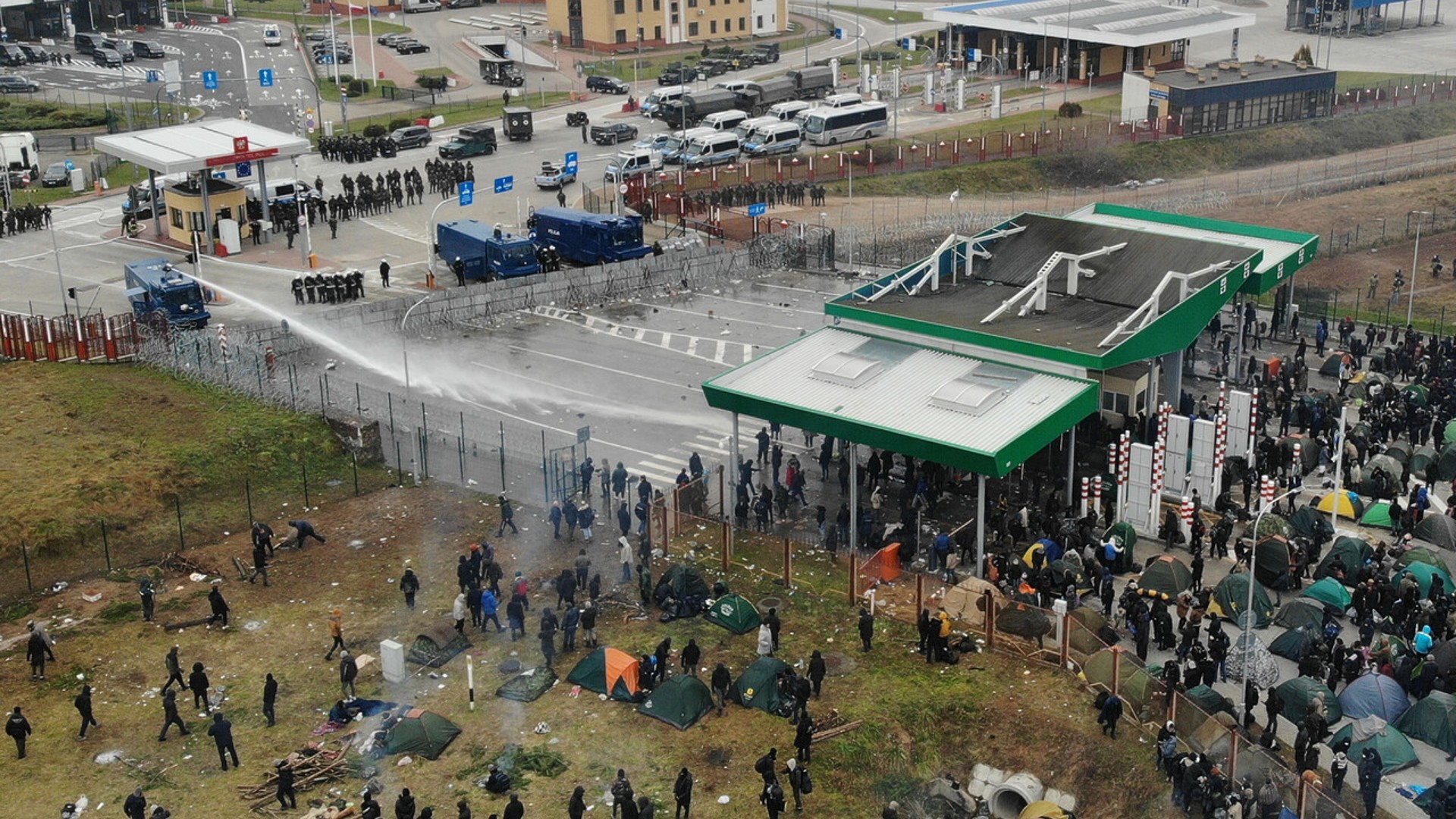 Tension increases in the border between Belarus and Poland, in which thousands of migrants from the Middle East with the intention of entering Polish territory are concentrated.

Polish security officers stationed on the other side of the fence at the Kuznica border crossing they have used water cannons, tear gas and stun grenades against the concentrated crowd on the other side, after they threw stones at them and broke the fence, according to the Polish authorities.

Images provided by the Ministry of Defense and the Border Guard show the escalation of the confrontation. Minutes later, the migrants have withdrawn from the fence.

The Polish Police have assured on Twitter that an officer has been evacuated from the area with serious injuries from an impact to the head.

Since last Monday, the migrants, who had concentrated in makeshift camps next to the fence, have started to spread along the fence, to try to cross it and reach the territory of the European Union.

The EU accuses Belarus of favoring the arrival of migrants and has come to describe this as a “hybrid attack” against them. This Monday, Brussels agreed to impose a new package of sanctions on Belarus for the situation at the border, sanctions that are in addition to those already in force due to the irregularities in the August 2020 elections and the repression of the internal opposition.

Lukashenko says he offered a solution to Merkel

The Belarusian President, Alexandr Lukashenko, has ensured that pgave the German Chancellor, Angela Merkel, a way of settlement to the crisis in the conversation that both had last Monday.

Lukashenko has not disclosed the content of the alleged offer. “We agreed with Merkel that for the moment we are not going to talk specifically about it. She asked for time, a pause, to discuss this proposal with the members of the EU,” said the Belarusian leader, according to the official BELTA agency.

Vladzimir Astapenka, head of Multilateral Diplomacy of the opposition group Gestión National Anti-Crisis, whose offices are in Warsaw, has declared to RTVE.es via email that the situation at the border is due to “special operation launched by the Lukashenko regime to increase tensions at the borders of the EU “.

“As early as June this year, the illegitimate president said that, in response to the sanctions imposed by the EU following the forced landing of a Ryanair plane, intended to ‘open borders’ and flood Europe with illegal immigrants“, has assured.

Astapenka claims that Belarusian territory had never been used as a “springboard for illegal migration” before. “Everyone knew and understood that his border was closed, that is, very well controlled“He adds. And he contrasts the situation with that of Belarusians who want to leave their country and cannot.” The attempt to cross the border illegally is assessed as a criminal offense.

“We believe that Lukashenko has unleashed a hybrid war against neighboring countries, Poland and Lithuania, to distract attention from the acute internal political crisis caused by the rigged results of the presidential elections and to attract the EU countries to a dialogue with himself, thus trying to restore their lost legitimacy “, concludes this opposition spokesman.