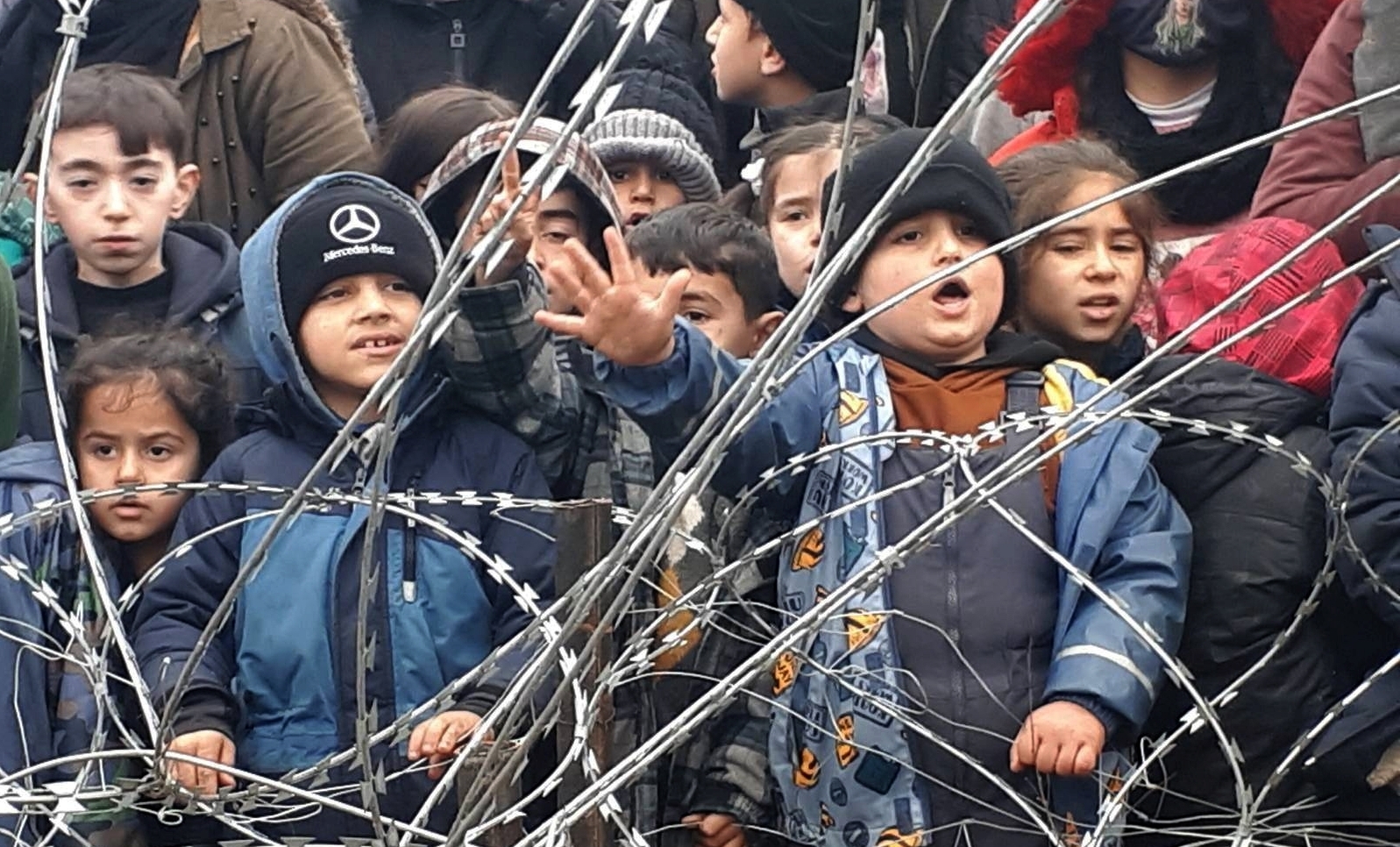 She is four years old, her name is believed to be Eileen and since Monday, when the Polish border guards allegedly expelled her parents over the border with Belarus, it is unknown what has become of her. That day at night, sheltered in darkness, the girl’s parents had entered Poland. Exhausted by the hard journey through the forests that surround the border between the two countries, these parents, originally from Iraq, asked one of their companions in misadventure to carry their daughter in his arms. The appearance of a Polish border patrol caused the immigrants to disperse and the couple lost sight of Eileen in the vicinity of Sidra, a town about 20 kilometers from the border with Belarus, says Anna Alboth, spokesperson from Poland to THE COUNTRY of the NGO Minority Rights Group.

Since then, nothing has been known about the whereabouts of the little girl. His case, Alboth maintains, is the first registered by Polish NGOs of a young minor lost on that border, which, since the middle of the year, thousands of migrants from countries such as Iraq, Afghanistan and Syria have tried to cross to enter the border. the European Union. Before, other families “had been separated” in the back and forth of mutual expulsions of migrants between Poland and Belarus, says the humanitarian worker. But never before has a case like this girl’s been known.

Upon arriving at the border fence, her parents explained to the Polish guards that the girl had disappeared, something that, according to their testimony, was initially ignored by the agents. Later, someone raised the alarm through the Grupa Granica hotline for migrants, the group of 14 local NGOs – among them Alboth’s – that since the summer have alleviated the harsh conditions of scarcity of water, food, intense cold and human rights abuses by the Polish and Belarusian security forces suffered by the migrants. With the weather against it – temperatures can reach minus 15 degrees on these dates in the area where Eileen’s trail was lost – the activists knocked on various doors, including that of the Polish Ombudsman, so that the authorities will begin to search for the minor.

It was that institution that succeeded in getting the Polish Border Guard to finally launch a search operation that began hours after the disappearance of the little girl and ended on Tuesday afternoon, when the security body assured through a tweet that “there were no children among those who had tried to cross the border” and that, after receiving the information of the girl’s disappearance, “the area was searched from the ground and air for several hours”, using “night and thermal vision systems” .

The members of Grupa Granica had already organized to search for Eileen themselves. To do this, they asked for a “special permit to enter the border area and look for the girl,” explains the humanitarian worker. The NGOs did not get a response and only a group of about 25 activists living in the area – the only ones allowed to enter it – began to roam the forests looking for Eileen. Outside the restricted area, other volunteers also combed the ground to try to find the girl.

Poland decreed a state of emergency on September 2 in an attempt to control the migratory flow orchestrated by the Belarusian regime of Aleksandr Lukashenko, which seeks to “destabilize the Union”, in the words of the European Commission. This exceptional legal measure was later replaced by a legal change that allows the Government to indefinitely prohibit access to some areas of the Polish border to all civilians – except residents or people who live, work or study in the area. area – including journalists, subject to special permits, and members of NGOs.

After several days of unsuccessful search, Polish activists abandoned their search for Eileen on Thursday, the NGO spokeswoman confirmed: “Our teams have combed the entire area where the girl could be. There is no trace of her. It is impossible that she alone has continued walking. As her body has not been found, we assume that perhaps she has also been expelled to Belarus, perhaps with another group of people. We are doing our best to find out his whereabouts by contacting all of our sources. At the moment there is nothing confirmed ”, he emphasizes.

Once returned to the former Soviet republic, many migrants try to stay in the border area with Poland. Others are transferred to detention centers. The Red Cross estimates that there are between 1,400 and 1,800 migrants in the Bruzgi reception center in the Grodno region. The calculation of the International Organization for Migration (IOM), which is part of the United Nations system, puts around 7,000 migrants in Belarus.

Potential refugees who manage to enter European soil are systematically rejected and returned to third countries without an individual examination of their applications for international protection, according to the Red Cross. To this is added the proposal of the European Commission last week that, once approved, will allow Poland, Lithuania and Latvia keep asylum seekers in the no-man’s-land bordering the borders and relax the protection guarantees of Community directives for six months.

“This crisis is not over,” cries Alboth, despite what many Europeans seem to “believe” and in the face of “waning interest” from the media. New EU sanctions against airlines transporting migrants to the Belarusian capital Minsk, approved on November 15, have succeeded in slowing down flights. But, as the Minority Rights Group spokesperson argues, this does not mean that migrants have disappeared from the border. A place where, he deplores, international organizations are absent. “Here, on the ground, we Polish NGOs are alone.”