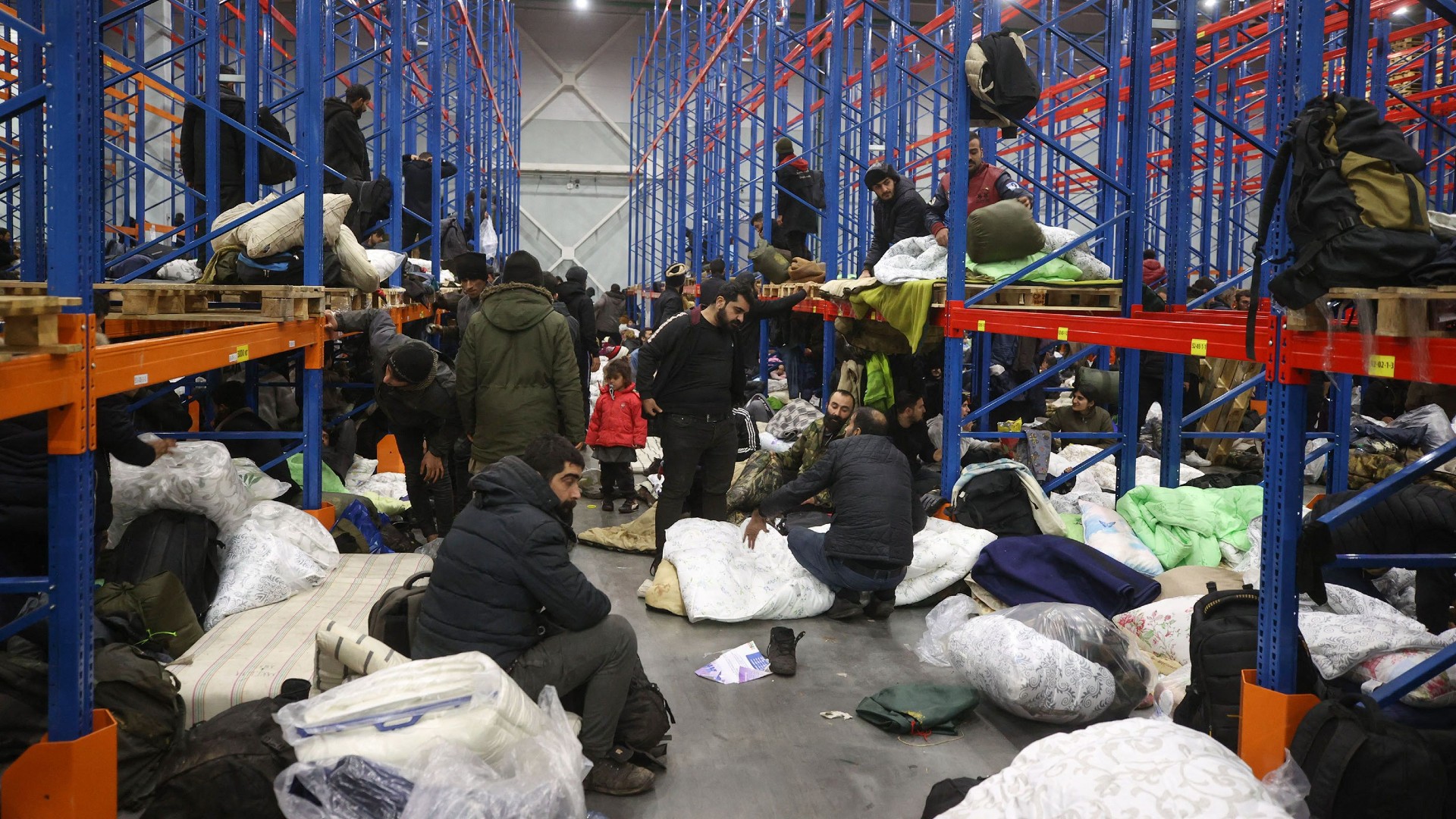 “We do not want them to return us to Iraq, our plan is still to reach Europe”. These are the words of one of the hundreds of migrants who crowd into the accommodation centers set up by Belarus.

A warehouse, a few meters from the border between Belarus and Poland, has become refuge for those seeking to reach the European Union. Now, they say, they have at least food and a roof over their heads after spending too many nights out in the open.

“We are better off, it was very cold“

“We are better off, it was very cold”says a young man. Like most, he is from Kurdistan, where he does not intend to return. Although he knows that goal has been complicated. Belarus now makes it difficult for the majority to approach the border, also for the press. From today, like Poland, already does not allow recording in the vicinity.

For this reason, the media has not been able to verify whether there are still attempts to cross to the other side or whether there are people who are still camping in the forest due to the Belarusian ban. However, despite the fact that Poland has accused Belarus of continuing to send migrants to the border, the country has stated that all are housed in centers.

“They are afraid when we ask how they have been treated”

Likewise and according to the TVE correspondent Erika Reija, migrants are reluctant to speak about Belarus’ behavior: “They are afraid when we ask them how the Belarusian border guards have treated them and prefer to criticize only those on the other side.”

Among Syrians, Yemenis or Afghans, a small group of Cubans also spend the day in the industrial warehouse. They have come from Russia, where they do not need a visa to travel. “We do not recommend it to anyone, it is a very hard experience “. Blows, rain, cold, hunger … They have gone through many unpleasant experiences, but, despite everything, their eyes are still on the European Union.

This Thursday, the spokesperson for the Belarusian Presidency, Naralia Eismont, estimated that there were about 7,000 refugees2,000 of them in a border camp and “between 200 and 500 scattered along” it.

There it is @ereija to give us more details

Waiting for a humanitarian corridor

Belarus on Thursday asked the European Union (EU) to open a humanitarian corridor to facilitate the return home of 2,000 of the migrants who are trapped on the border with Poland. According to Eismont, the country pledged to help the remaining 5,000 return.

“We are ready to fulfill our commitments,” the spokeswoman said. The same day the arrival of the first repatriation flight from Minsk with more than 400 people on board.

For his part, Russian President Vladimir Putin has called his Belarusian counterpart, Aleksandr Lukashenko, to ask him to collaborate and dialogue with Europe in a attempt to legitimize the president, which the EU does not recognize due to elections that it considers fraudulent.