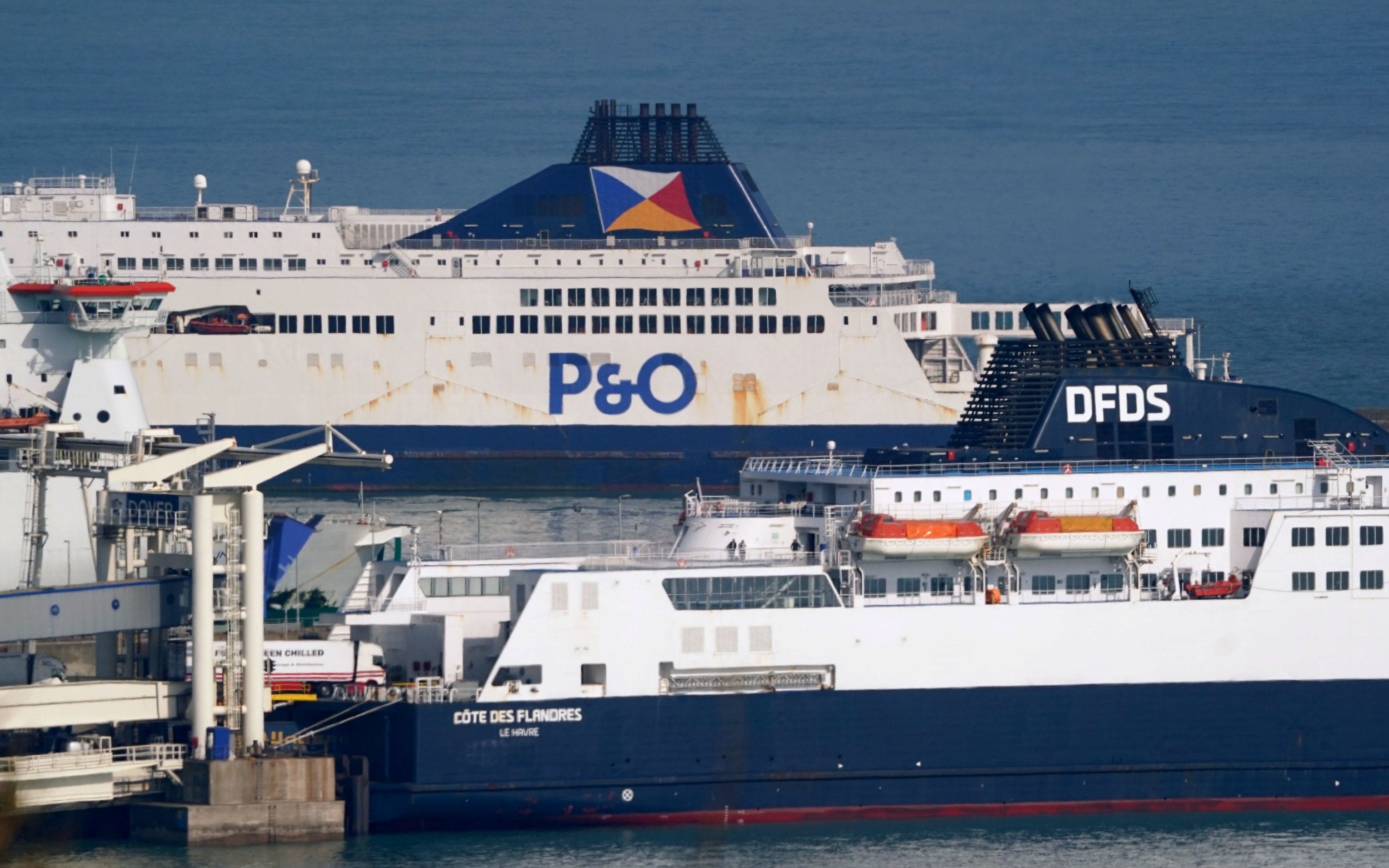 P&O Ferries has insisted it did not break the law by sacking nearly 800 seafarers without prior consultation.

In a letter to Kwasi Kwarteng, the Business Secretary, P&O’s chief executive denied claims that it ordered taser-trained security guards to remove workers from their posts.

Peter Hebblethwaite said P&O did not commit a criminal offense by failing to notify the Secretary of State, as the relevant vessels are registered outside the UK.

The dismissed seafarers were working at three separate subsidiaries registered in Jersey.

Mr Hebblethwaite said: “Contrary to rumours, none of our people wore balaclavas nor were they directed to use handcuffs nor force.

“P&O Ferries also made all efforts to ensure, insofar as possible, that everyone received the news directly on the day of the restructure and not second hand from other affected colleagues.”

He said that 261 people attended live virtual meetings, while those who were working on that day were told face-to-face on the vessels. Other people were told via phone, email and text. The company has argued that it needed to overhaul its workforce in order to remain a viable business.

Out of the 786 sacked employees, 575 “have taken steps to accept” the severity packages offered, he added.

Trade union Nautilus International said its “members have been put under intense pressure by P&O Ferries management to accept these redundancy terms while threatening them with withdrawal of the offer made if they talk to the press or demonstrate against the company.”

Mr Kwarteng has ordered an inquiry into reports that P&O is due to pay the new agency staff below minimum wage. The RMT union has claimed the Indian agency workers hired to replace P&O crews in Dover are being paid just £1.81 an hour. The minimum wage in the UK for people aged 23 and above is £8.91 an hour.

Mr Hebblethwaite has also been urged to appear in front of MPs on Thursday to explain why his company sacked hundreds of people before carrying out a consultation.

The dismissal of P&O workers has triggered widespread political fury and union protests. The Government has said it is examining whether the move was legal.

DP World, the Dubai owner of P&O, has also been called before MPs on the Business and Transport select committees.

Darren Jones and Huw Merriman, chairman of the respective committees, issued a joint statement calling for an explanation of the “shocking story” at P&O.

“This session will aim to understand the detail of the options available to the 800 workers who were roundly dismissed by P&O Ferries last week. The cruel nature of their dismissal put employment practices and UK plc under the microscope,” they said.

“From P&O Ferries, our members want to know why this action has been taken and how it can be justified. This shocking story has raised questions about UK employment law, safety practices, the support of this business through a pandemic and the redress available.”

Meanwhile, P&O is trying to get its ferry services up and running again after restoring them with cheaper workers.

Grant Shapps, the Transport Secretary, has said the treatment of P&O workers was “simply not good enough.”

He has asked the Insolvency Service to investigate whether P&O followed the rules for making staff redundant and warned the company it faced “unlimited ends” if it reneged on its duties.

The Government is also reviewing all its contracts with P&O.