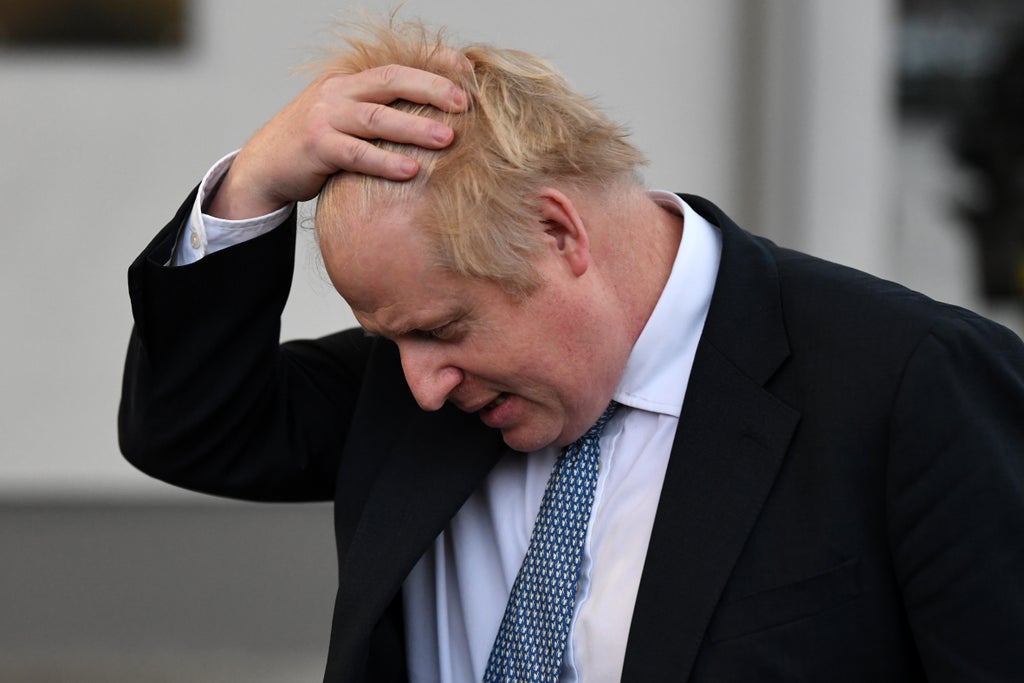 Boris Johnson’s responses to his Metropolitan Police questionnaire into social gatherings at No 10 will not be made public, Downing Street has said.

The prime minister insisted he will have “a lot more” to say on the Partygate scandal once the Scotland Yard probe is concluded.

The Met has sent the questionnaire to Mr Johnson and approximately 50 staff members as it investigates a dozen gatherings at No 10 while strict Covid rules were still in place.

On an official visit to Scotland, Mr Johnson was asked whether he and his lawyers had responded to the police questionnaire yet.

He told reporters: “All that process has got to be completed before I can say anything more, but I look forward to telling you a lot more in due course.”

The prime minister’s official spokesman said: “As we said on Friday, we will respond as required. As you know, I think the Met made clear that that was in seven days, so we will comply with that requirement.”

Asked if the responses would be made public, the No 10 spokesman said: “No.”

Mr Johnson’s allies have told the press that Mr Johnson plans to argue he was working in his flat on the night of the alleged “Abba party” in November 2020, shortly after senior aide Dominic Cummings left No 10.

The prime minister, who has appointed his own lawyer, is also set to claim the three leaving parties he attended were part of his job. “Saying goodbye to staff is part of working life,” a source told The Times.

The prime minister has already claimed that he believed “implicitly” that the “bring your own booze” garden party at No 10 in May 2020 was a work event.

Defense minister James Heappey said earlier on Monday that the prime minister would argue that he is “not guilty” of the potential Covid offenses being probed by the police.

“I certainly don’t think the prime minister should volunteer his culpability,” the minister told Sky News. “His argument about him is that he is not guilty. We should wait and see what the police come back with.”

Allies say he will not resign even if he is fined, in a move that would be likely to trigger Tory MPs to force a vote of confidence in his leadership.

Fifteen Tory MPs have publicly called for Mr Johnson to quit, while more are thought to have privately written to the 1922 Committee of backbench Tories calling for a no-confidence vote.

More are poised to do so if the PM is found to have broken his own coronavirus laws, or further damaging details emerge from the Sue Gray inquiry.

He will face a vote of no confidence if 54 Conservative MPs write to 1922 Committee chairman Sir Graham Brady and would be ousted if more than half of his MPs subsequently voted against him.

Police are investigating a total of 12 gatherings in Downing Street on eight dates in an inquiry called Operation Hillman, which is examining whether Covid restrictions were broken.

Mr Johnson is believed to have attended at least six of the events.

Adam Wagner QC, a leading legal expert on Covid rules, has suggested it could take “months” for Scotland Yard to conclude its investigation if Mr Johnson is “lawyered up”.