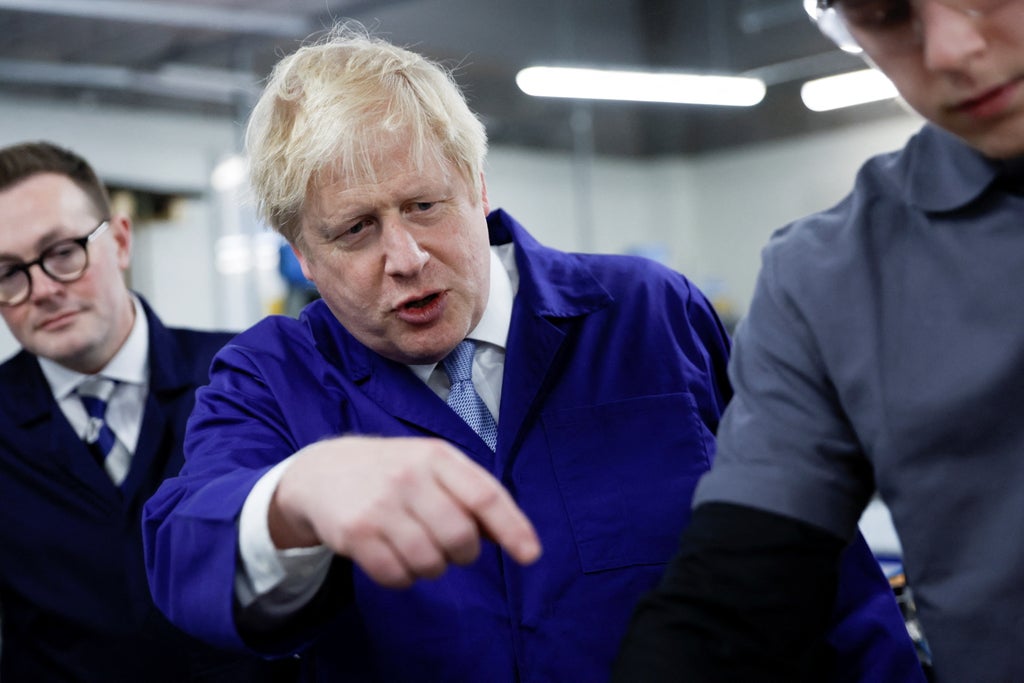 Boris Johnson is heading into a new week hoping changes to his top Downing Street team will ease the concerns of backbenchers who were wavering about his future.

The Prime Minister made key changes over the weekend, appointing Chancellor of the Duchy of Lancaster Steve Barclay as his new chief of staff and journalist and long-time ally Guto Harri as his head of communications.

The Times reported No 10 was hoping to announce the return of Dame Emily Lawson as the new permanent secretary this week.

Dame Emily, who currently runs NHS England’s vaccination programme, was seconded to Downing Street’s delivery unit – a team in charge of ensuring the Government delivers on its policies – in April last year before returning to the health service in October.

But the changes come after a swathe of resignations from among the Prime Minister’s aides.

The beleaguered leader was left wounded by the partygate saga – with the police investigation still hanging over his head – and his refusal to apologize for a slur made against Sir Keir Starmer over the failure to prosecute Jimmy Savile.

The acute issues built on longer-term concerns from MPs over the rising cost of living, a looming hike in National Insurance, a series of sleaze allegations and the general running of the No 10 operation.

But Mr Johnson promised change, and Business Secretary Kwasi Kwarteng said on Sunday: “I think the Prime Minister has been very clear that he wants a reset in No 10.

“He was very clear speaking to Conservative MPs on Monday and what we saw last week was him following through with that commitment.”

The Times reported Mr Barclay and Mr Harri joined the PM at Checkers over the weekend to start work on building a more “grown-up” Government.

Mr Kwarteng urged those still unsure about Mr Johnson’s future to give him the “time and space” to lead.

Former Cabinet minister Robert Jenrick warned on Sunday night that “it is undoubtedly true that public concern is very deep, the damage to the party’s reputation is serious, and it will take a considerable effort to change that” and that he had “a great deal of sympathy for many of those colleagues who have come out and said that they feel that change is necessary”.

But he told BBC Radio 4’s Westminster Hour: “There’s also very little public appetite for the Conservative Party – at this moment in time, when we’re facing a cost of living crisis and insecurity abroad – to descend into a leadership contest and all the damage that does.”

Earlier Gavin Barwell, who served as chief of staff to Theresa May and now sits in the House of Lords, said there was not “a chance in hell” that Mr Johnson will stand down voluntarily.

The Tory peer told Sky’s Trevor Phillips On Sunday: “My inclination is that the Conservative Party would be better making a change and I also think, for the good of the country in terms of trust and faith in our politics, there’s a strong case for change.

“But it’s not up to me to make a decision. Ultimately, this is a decision that, up until the next election at least, is one for Conservative MPs.”

Some 15 Tory MPs have now publicly called for Mr Johnson to resign but not all have sent letters of no confidence to 1922 Committee chairman Sir Graham Brady.

If 54 letters are reached, a no confidence vote would be triggered.

Privately, the numbers are expected to be higher, though Mr Kwarteng told Times Radio: “My own view is that we’re probably not that near the letters (threshold) but I don’t know – until we reach that point I think it’s idle speculation.”