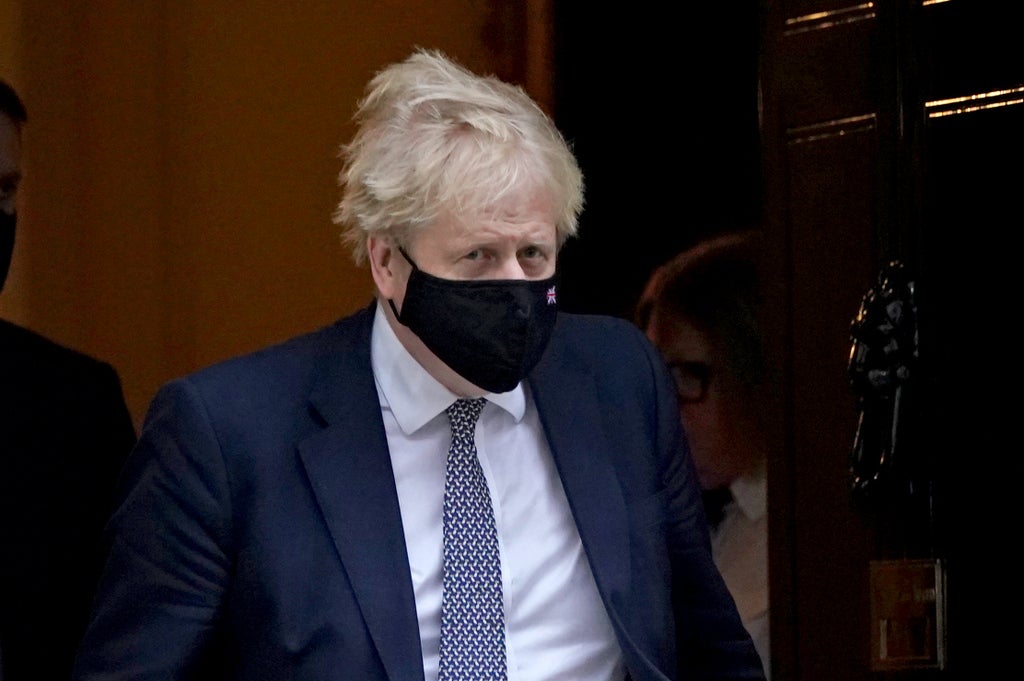 Boris Johnson has laid out plans to capitalize on Brexit and is expected to move forward with the leveling agenda this week as he awaits the results of the highly anticipated “partygate” report.

Two years after the UK left the EU, the government has launched a new “Brexit Freedoms” bill as part of a campaign it claims will “cut £1bn of red tape” for business.

The long-awaited White Paper on Leveling Up is also expected to be published this week, although the opposition strongly criticized a policy followed over the weekend.

The ads will be seen as an attempt by Johnson to deflect the narrative away from the toxic “party” accusations that have dominated the news agenda in recent weeks.

But Downing Street was in trouble again on Sunday night when a senior civil servant who worked at No. 10 during the pandemic lashed out at the government over the scandal.

Writing in The Times, Nikki da Costa, Johnson’s former director of legislative affairs, claimed that No 10 appeared to have “failed as a collective” to “live by the spirit and letter of the rules” it was establishing.

Questions hang over the future of the prime ministerial role as he awaits the findings from Whitehall and police investigations into allegations of lockdown-breaking meetings held in Downing Street.

No 10 had not yet received a copy of Sue Gray’s long-awaited report on Sunday night.

The PA news agency understands that it will be delivered in a matter of days.

It was also reported on Sunday that the Government is expected to announce a U-turn on mandatory Covid vaccinations for NHS and social care staff.

Health Secretary Sajid Javid has faced pressure to remove a requirement for health workers in England to be vaccinated before April, amid fears it will spark a major staffing crisis.

Trade Minister Penny Mordaunt tweeted in response to The Telegraph reports: “This looks promising… I hope a sensible path can be found for both health and social care.”

And former Conservative minister Steve Baker said: “What a relief. The right decision.”

In a show of policies to come in its Leveling Up White Paper, the Government announced new plans over the weekend to “breathe new life into deprived communities” across England.

The Department of Levelling, Housing and Communities (DLUHC) said 20 chosen locations will be prioritized for a £1.5bn Brownfield Fund available from April 2022.

But when asked where the money came from, the DLUHC clarified to the PA news agency that the money to fund the work was appropriated by the Treasury last year.

Meanwhile, tensions remain high between Russia and Ukraine, with Johnson expected to speak with President Vladimir Putin and travel to the troubled region earlier this week.

Over the weekend it emerged that Johnson is seeking to double the number of troops deployed to strengthen Europe’s borders.

No 10 said it could send defensive weapons to Estonia, while fast planes, warships and military specialists can be sent to protect NATO allies.

But the foreign secretary said on Sunday that a situation where British soldiers would fight alongside Ukrainians against Russia was “highly unlikely”.

The Brexit Freedoms bill announced on Monday will affect the handling of retained EU law: regulations made in Brussels that were retained in the UK statute book for legal continuity after the transition period ended in 2020.

The Government has previously made it clear that it intends to eventually amend, replace or repeal any retained law that it deems “unsuitable for the UK”.

But Downing Street said that under current rules, changing or scrapping regulations in the pipeline of outdated legislation would take “several years” due to a lengthy amendment process.

He said the new bill “will ensure that changes can be made more easily”, so that the UK can “take advantage of the freedoms of Brexit more quickly”.

No 10 did not specify exactly what provisions the bill will contain to speed up reforms, or how it estimated businesses would save £1bn by cutting red tape.

It comes after the Foreign Secretary insisted the Government is “committed to cutting taxes” as the Prime Minister and Chancellor took the bold step of doubling down on plans to increase National Insurance.

Liz Truss said that “taxes are never popular”, but the significant amounts of money spent to deal with the Covid crisis “need to be paid back”.

He endorsed the prime minister on Sunday, telling the BBC that he is “absolutely” the best person to lead the Conservative Party in the next general election.

When asked if she is tempted by the top job, she said: “There is no competition. There is no discussion.”

On Saturday, Tom Tugendhat, a Conservative Conservative MP who has criticized the government’s handling of the Afghanistan withdrawal, became the first to announce that he intends to stand for leader if there is a race soon.

The Independent later reported that the chancellor was putting the finishing touches on a leadership offer after telling allies he believed the scandal over the alleged Downing Street and Whitehall parties could be “insurmountable” for the prime minister.

But the newspaper quoted a source close to Sunak as saying that these claims were “totally false.”