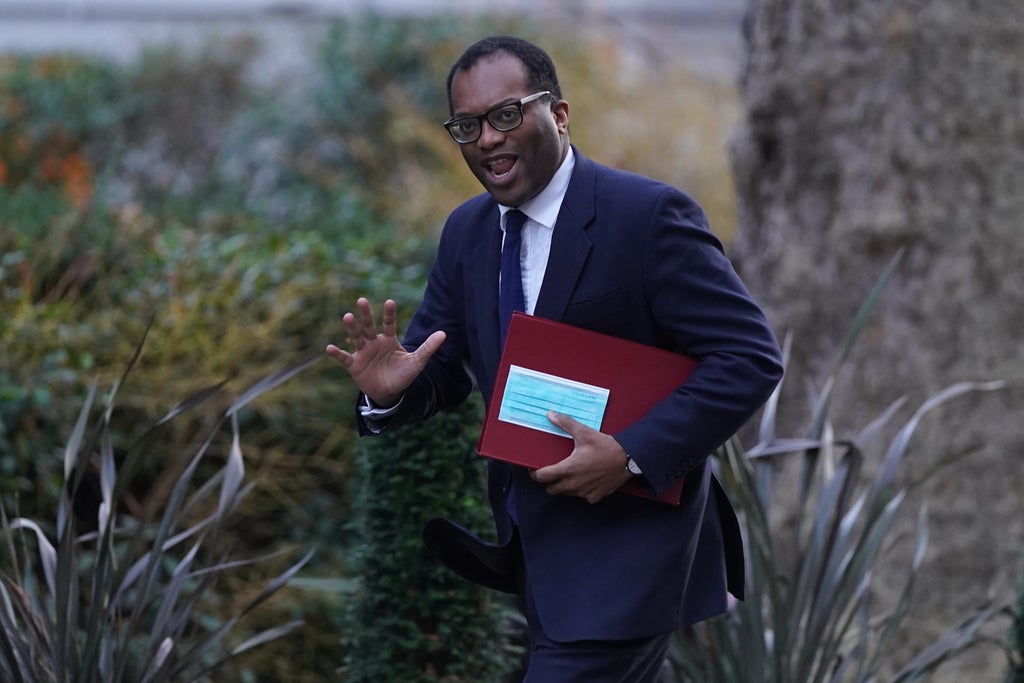 Kwasi Kwarteng has suggested the Prime Minister was not counting rates of fraud when he falsely claimed in the Commons that crime had failed under his leadership.

The Business Secretary said Boris Johnson was referring to “personal injury and crime in relation to individuals” when he told MPs “we have been cutting crime by 14%”.

It followed a Home Office press release which said latest data showed “crime continues to fall under this Government”, quoting Home Secretary Priti Patel as saying it demonstrated the Government’s approach “is working”.

But the Government has since been placed under investigation by the UK Statistics Authority after receiving complaints about the claim.

Despite a fall in most crimes during coronavirus lockdowns, some are now reaching or exceeding pre-pandemic levels – with rises in some offenses like fraud offsetting reductions seen elsewhere, the Office for National Statistics said last week.

The figures also showed police recorded the highest number of rapes and sexual offenses in a 12-month period, while separate Home Office data detailed how the proportion of suspects being taken to court has fallen to a new record low and remains the lowest for rape cases .

But appearing on the BBC’s Sunday Morning programme, Mr Kwarteng said he did not know “what the evidence is” for the PM’s claim not being true.

“All I know is certainly on the doorstep, people are saying that there is progress being made,” he said.

He told the programme: “I think fraud is really, really important, but people are talking particularly about burglaries, about personal injury, about physical crimes, and I think in that context we’re seeing lower crimes, I think the Prime Minister was right.

“He was referring to personal injury and crime in relation to individuals.

“The point the Prime Minister was making is that crime that people experience in their day-to-day lives… in terms of burglary, in terms of physical injury, has gone down and that’s absolutely right.”

Following the interview, Labor MP and chairman of the Commons Committee on Standards Chris Bryant tweeted: “I can understand why Tories don’t want people to think fraud counts as crime.”

It comes after the minister who was responsible for tackling fraud, Lord Agnew, dramatically quit the Government over the “schoolboy” handling of fraudulent Covid-19 business loans.

In the letter to Mr Carmichael, Sir David said: “I agree that the Office for National Statistics (ONS) measures of crime must be used accurately, and not misrepresented.

“In this case, the Home Office news release presented the latest figures in a misleading way.

“We have written to the Home Office and to the offices of the Prime Minister and Home Secretary to draw their attention to this exchange.”

The watchdog works to “promote and safeguard official statistics to serve the public good”, including “regulating the quality and publicly challenging the misuse of statistics”.

It can intervene if it considers a politician or Government department has misused or misrepresented figures and has not adhered to a code of practice.

Mr Carmichael said: “The failure of Conservative ministers to stand up to Boris Johnson’s dishonesty and lack of decency is doing huge damage to public trust. Instead of apologizing for misleading the public over rising crime, Kwasi Kwarteng doubled down on this blatant lie.

“This is an insult to every victim of fraud crime. Instead of fighting their corner, this Government is ignoring the plight of all those who have been cruelly robbed in their own homes and on their own devices.

“Given the Prime Minister is being investigated by the police about alleged crimes committed in Downing Street, it’s perhaps not surprising he and his ministers are lying about crime falling across the country.

“Boris Johnson must come before Parliament as soon as possible to correct the record.”