Skip to content
Home News Pitched battle in a Barcelona nightclub: there are already complaints of racist attacks on customers | SER Catalunya 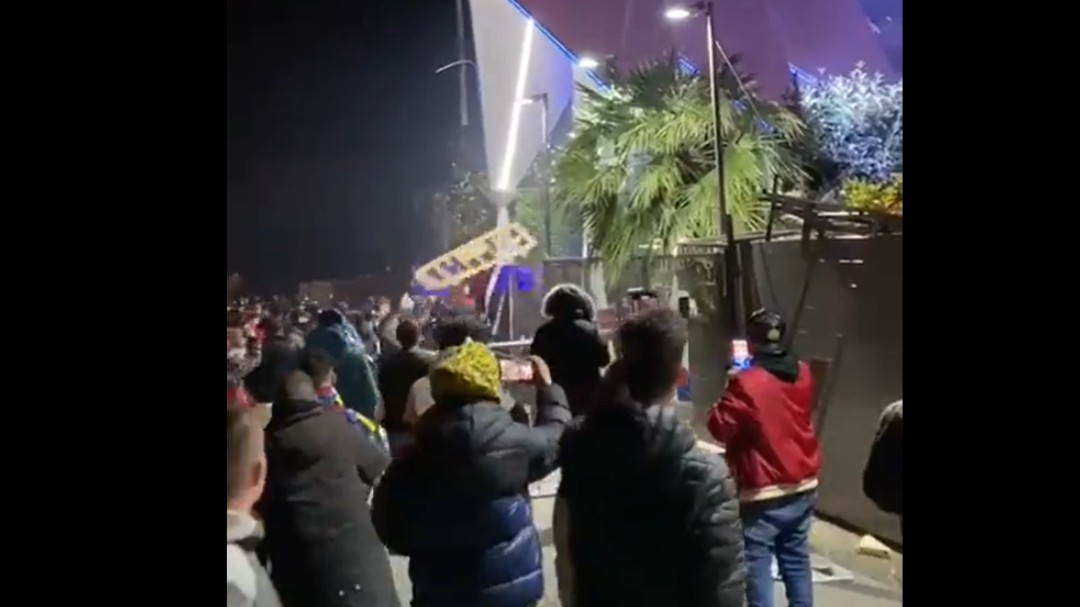 A large group of young people have starred this morning in a fight at the Waka nightclub, located between Sant Quirze del Vallès and Sabadell, municipalities of Barcelona, ​​without arrests. Sources from the Catalan and local police of Sant Quirze have explained to EFE that the event, in which the Mossos riot police and numerous members of the municipal force intervened, began at around 1.30 a.m., when more than a hundred young people concentrated in front of the disco, against which they threw fences, stones and flares. When the police arrived there were clashes with the agents that ended with three minor injuries.

The young people had been summoned on social networks against this nightclub, in whose environment fights and injuries by stab weapons are regularly recorded on weekends, some of them serious.

The Change.org platform hosts this week a collection of signatures for the closure of the nightclub, which it accuses of “sexist and racist.” The initiative already has more than 2,000 signatures. The nightclub has received complaints of racist attacks from some workers to several clients.

Sant Quirze urges to take measures due to racism and violence

The Sant Quirze del Vallès City Council (Barcelona) demands that the Generalitat and the Mossos “initiate all the pertinent procedures to face, to the extent necessary, the necessary actions” to end “racism” and “violence” . The board of spokesmen of the Vallesense consistory has met this noon after the altercations last night, in which three people were slightly injured, an employee of the Waka nightclub and two mossos.

In an institutional statement approved after the meeting, the city council emphasizes that, “once again, it reaffirms its condemnation of situations of violence, attitudes of racist, xenophobic or sexist discrimination in the leisure spaces of the municipality”, while He says “being tired” of being “the center of attention for all the derivatives that nightlife entails” in the town.

🔴 Racist aggression by the security of Waka Sabadell. A young man was brutally beaten this morning after his goalkeepers denied him entry. pic.twitter.com/IZzcZWVOAD

The council asserts that it “has been coordinating” for weeks with the Mossos and the local police to “establish controls in the area.” “Consequently,” adds the statement, “the municipal government demands that the Generalitat and the Mossos d’Esquadra initiate all the pertinent procedures to face, to the extent necessary, the actions to end this situation, which has nothing to do with it. see with the day to day of Sant Quirze “.

The city council recalls that the nightlife areas “are in the spotlight after Sabadell, during the previous mandate, proceeded to close a good part of these recreational and leisure spaces in the Hermetic Zone”.

“With the aim of avoiding being the nerve center that brings together the typology of nightlife that is offered in the area of ​​the Hermetic Zone -continues the statement-, the municipality of Sant Quirze has approved, both a planning modification, as a new special plan to prevent more leisure and recreational spaces of this kind from settling in the town “.

The mayor of the city, Elisabeth Oliveras, in statements to the media, has affirmed that the Waka nightclub drags in recent years several files for “sexist”, “xenophobic” and “sexist violence”, and that she trusts that next week You can meet with the heads of the Department of the Interior.

For his part, Joaquim Boadas, general secretary of the FECASARM nightlife employer’s association, in statements to channel 3 24, has indicated that the problems arising from the activity of the disco “are of public order”, and recalled that the locals, According to the rules of the right of admission, they cannot allow access to people who have drunk or taken drugs.