Skip to content
Home News Piecework and threats of termination: factories turned into a death trap in the wake of tornadoes | International 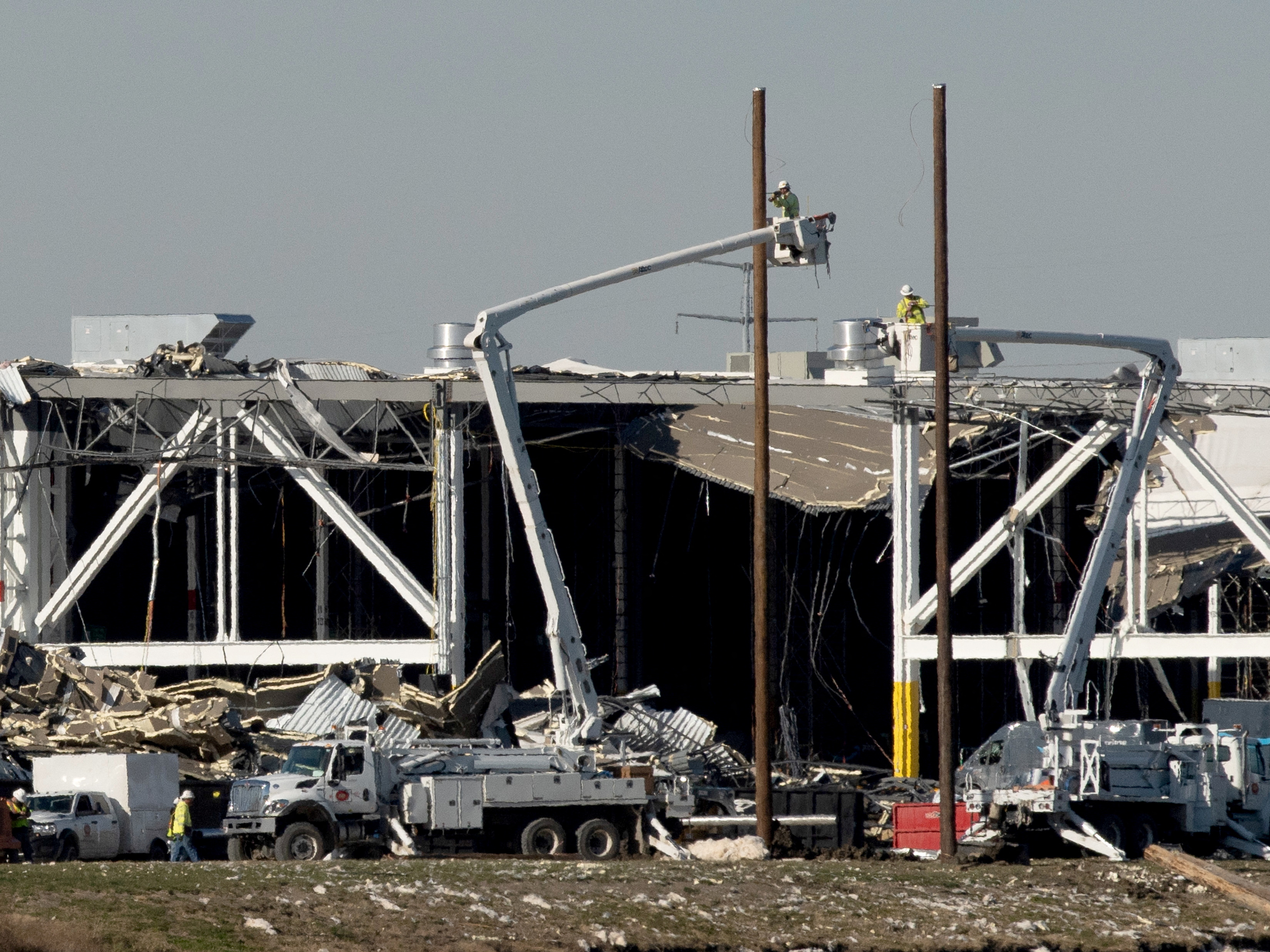 The passage of the 30 tornadoes that on Friday sowed death and destruction in six US states, including Illinois and Kentucky, where there have been at least 80 deaths and a hundred missing, has also exposed working and safety conditions from some companies, from the largest, like Amazon, to the smallest, like a candle factory.

At Amazon’s distribution center in Edwardsville, Illinois, six workers were killed by the collapse of a 14-meter-high roof that covered a loading dock. The Mayfield (Kentucky) candle factory trapped employees in its rubble, eight of whom lost their lives. The two companies had something in common: they were operating at full capacity, with seasonal reinforcement personnel, heading into the Christmas season. Piecework can explain why alerts were ignored and why there was a large concentration of personnel on the premises.

At the Mayfield Consumer Products company, located in Mayfield, the town most affected by the series of tornadoes, about 110 workers were on Friday night shift, for which they charged $ 14.50 (12.83 euros) an hour. The order was to arrive to attend to all the Christmas orders for scented candles. When the first tornado alarm sounded, why didn’t they send all the employees home? Five survivors have told MSNBC television that they were threatened with dismissal if they left their post. Some chose to go home, despite the consequences of their decision. According to a company spokesman, by Sunday night they had managed to locate 90 employees, although there are still a dozen missing.

Kentucky Governor Andy Beshear had been fearing the worst over the weekend, in which he warned that dozens of people could have died in that place, today reduced to a plateau of rubble about ten feet high in the that the emergency services are working looking for survivors – the death toll in Kentucky rose to 74 this Tuesday.

Troy Propes, CEO of Mayfield Consumer Products, the third largest employer in the county where Mayfield is located (10,000 residents), issued a statement on Sunday, after offering his casualty count (8 dead and a dozen missing): “We are heartbroken. All of our efforts are focused on helping those affected by this terrible disaster. Ours is a family business, and we appreciate our employees, some of whom have worked with us for many years. “

Amazon’s distribution warehouse in Edwardsville represents the complete opposite of a family business: it is the depersonalization of the relationship between company and worker pushed to the limit. The tragedy reveals the weight that the employment of freelancers or contractors has on the e-commerce giant. But, in addition to the absence of a contractual relationship, it also underlines the poor preparation for an emergency, in terms of safety, of the facilities and of the workers themselves, whose number multiplies during the Christmas season. Of the 190 people who worked in Edwardsville, only seven were full-time Amazon employees, a local official explained to the newspaper. The New York Times.

The use of contractors or part-time employees allows the company to avoid civil liability for accidents and other unforeseen events. But when it came to establishing an emergency census to facilitate rescue efforts, the fact that many of the workers were temporary made it difficult to calculate the potential victims.

The Amazon warehouse had at least one tornado shelter. But the alerts failed, judging by the hourly records, the succession of events and the workers’ accounts, which give different versions of the time they had to get to safety. In statements to the digital magazine The Intercept12 workers at the plant raised concerns about workplace safety. Some explained that they had never experienced a tornado, not even a fire drill at work, and several said they would not know what to do in an emergency. The federal Office of Safety and Hygiene at Work opened an investigation on Monday into the conditions of the factory.

An Amazon spokeswoman said they only had 11 minutes for evacuation since they received the alerts, between 8:06 p.m. and 8:16 p.m. on Friday. At 8:27 p.m., the roof collapsed. That night there was a superhuman effort to put everyone [los trabajadores] safe, ”said John Felton, vice president of delivery services for the e-commerce giant, in an appearance with Illinois Governor JB Pritzker on Monday. Felton explained that most of the fifty workers who were in the loading area went to the shelter, which endured “almost without damage”, while a smaller group opted for the extreme south, the most affected.

The disparity in survivors’ accounts may be related to the fact that the company prohibits the use of mobile phones during work shifts. In fact, as reported this Monday Bloomberg, Amazon is reconsidering its policy of banning cell phones from its facilities after the tragedy. “Before, as a company policy, they wouldn’t let us have our cell phones in the warehouses. Then during the pandemic, they relaxed a bit. But now they were talking about applying once again the rule of not allowing cell phones when you’re in the building. When, God forbid, the next natural catastrophe occurs, people will need their phones, “said a worker, protected by anonymity, to the digital edition of People.

Reasons like these can help to understand the growing union mobilization of workers in the US “This is another scandalous example of how the company prioritizes profits over the health and safety of its workers, and we cannot tolerate it,” he said. Monday about what happened at Amazon Stuart Appelbaum, president of the all-powerful Retail, Wholesale and Department Store Union (RWDSU). It is the same organization that supported the workers of an Amazon warehouse in Alabama in their, for the moment, failed attempt to unionize. Justice has ordered a repeat vote, which in April rejected by 1,798 votes compared to 738 the proposal. The reasons for a second consultation were pressure from the company on its workers. “They hijacked the process [electoral]”, The labor magistracy ruled in November, ordering a repeat vote for which there is still no date.