Manchester City’s 1-0 win against Everton on Saturday might have been uncharacteristically laboured, but the source of their winning goal was an increasingly common one.

Phil Foden bagged a typical poacher’s goal to secure a late win for Pep Guardiola’s side, one that puts them six points clear at the top of the Premier League table having played a game more than closest chasers Liverpool.

Since establishing himself as a first-team regular last season, Foden has been one of City’s stand-out performers. Deployed in a variety of roles including both wings, false nine and attacking midfielder, the 21-year-old has rarely put in a poor performance.

As highlighted by Guardiola last season, one area of ​​Foden’s game that needed a little improvement was his finishing ability. The England star is by no means the finished article yet – he should have done better with a strike he hit straight at Jordan Pickford and a header he sent over the crossbar – but his match-winner showed his reliability in front of goal is improving at an impressive rate.

Foden pounced on a double deflection from Bernardo Silva’s cross to control the ball before stabbing beyond Pickford, a real poacher’s goal that the best strikers in the game would be proud of.

Foden has now scored in three consecutive away games, following efforts against Norwich and Sporting Lisbon which can also be described as typical striker’s goals. 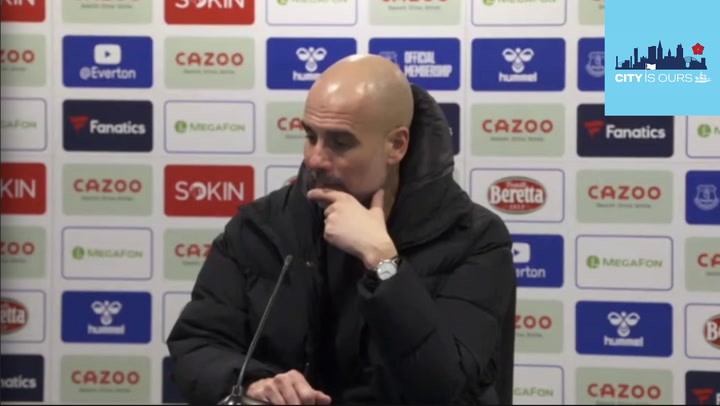 Against Norwich he pulled off a drag-back to get the ball under control before converting, while in Portugal he sat the goalkeeper down with a cool fake-shot, creating an open goal scenario which he simply could not miss.

The fact that most of his goals this campaign have come away from home means that they have rescued City from some potentially sticky situations.

His goal at Brentford proved the difference in a match where the hosts gave the Blues a few scares, while a low rifled effort against Liverpool back in October pulled City level in a game they arguably deserved to win. His latest strike from him turned one point into three.

Poaching ability, natural striking instincts and a knack for scoring at important times are all qualities that City and Guardiola will want their next summer recruit to have. After last summer’s failed pursuit of Harry Kane left Guardiola without an elite striker in his squad, the Blues will focus their efforts on signing a proven goal-scorer, widely believed to be Erling Haaland.

Having scored a remarkable 80 goals in 79 games for Borussia Dortmund, there are few attackers in world football as reliable and clinical in front of goal as Haaland. However, City are likely to face a fight for his signature from him, with the likes of Real Madrid and Barcelona keen to acquire his services from him.

Signing Haaland would inevitably limit Foden’s use as a false nine – or even out-and-out striker – in the future, thus reducing his chances to score goals. Foden has come on leaps and bounds in that regard, but he is unlikely to ever be the front-man that Guardiola truly desires.

But what Foden has shown with his recent hot-streak is that how ever the pursuit of Haaland turns out, City will have the youngster’s ever-developing striking abilities to fall back on.

How important do you think Foden is to City? Should the Blues still pursue a striker like Haaland? Follow our City Is Ours writer Alex Brotherton on Twitter to get involved in the discussion and give us your thoughts in the comments section below.