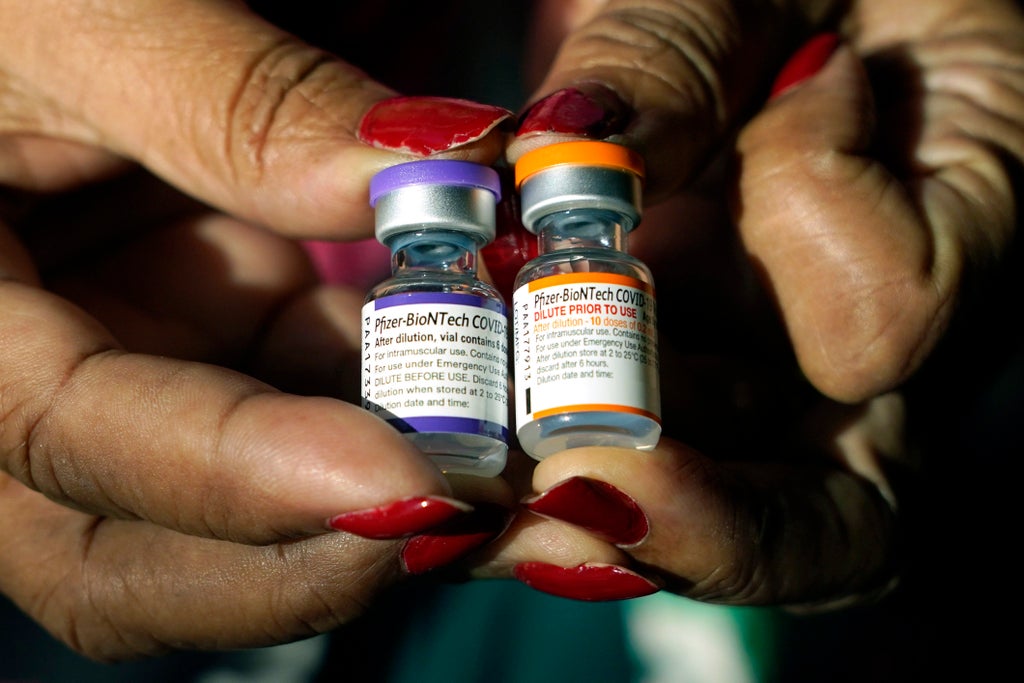 New data from the Centers for Disease Control and Prevention come a day after a study of New York children suggested the vaccine may not be as effective in 5- to 11-year-olds as in older kids — especially at blocking milder infections. That data raised the question of whether kid-sized doses given to those under 12 might be too low.

But the CDC said data from multiple other states suggests the issue isn’t children’s ages or dose size — it’s omicron. Vaccination generally is less effective against the hugely contagious omicron variant than earlier versions of the coronavirus — and vaccinations for 5- to 11-year-olds began just weeks before omicron began circulating.

“As a parent of a very young child, I think I would do everything to keep them out of the emergency department in the middle of the night,” said CDC epidemiologist Ruth Link-Gelles. “What we see from the data that we have is that the vaccine continues to provide good protection against more severe outcomes.”

Pediatricians say the back-and-forth results may seem confusing but that parents need to understand the shots are still the best way to prevent serious illness.

“If you’re vaccinated, you may get a mild infection and we’re just going to have to learn to live with that,” said Dr. Paul Offit of the Children’s Hospital of Philadelphia.

He said the New York study was too small to draw conclusions and also can’t account for variables such as infections going uncounted in children tested at home instead of a clinic. He said youngsters admitted to his hospital with severe COVID-19 are the unvaccinated “and it’s hard to watch.”

Tuesday’s study also found that during the time when omicron was predominant, the vaccine was 51% effective in preventing emergency room or urgent-care visits by 5- to 11-year-olds. That was fairly similar to the 45% effectiveness for 12- to 15-year-olds who’d gotten their second two months earlier.

What about less serious outcomes?

A report released Monday from researchers with New York’s state health department analyzed health records week-by-week from early December through the end of January. Vaccine effectiveness against any COVID-19 infection dropped from 68% to just 12% by the height of omicron’s wave. But among kids 12 and older, that effectiveness dropped to just 51%.

Remarkably, the data suggested 12-year-olds appeared to have the most protection of any age — prompting the researchers to ask if maybe the dose should be reexamined.

But the CDC’s Link-Gelles said additional data from 29 other states points to omicron as the bigger factor.

It’s disappointing that protection against infection isn’t higher, and it may take more research to tell if younger children might fare better with a different dose, said Dr. Richard Besser, a pediatrician and president and CEO of the Robert Wood Johnson Foundation, who wasn’t involved with the new studies.

Pfizer currently is testing a booster dose for 5- to 11-year-olds.

But meanwhile, “we do know that these vaccines are safe, we do know they reduce the risk of hospitalization,” Besser stressed.

The Associated Press Health & Science Department receives support from the Howard Hughes Medical Institute’s Department of Science Education. The AP is solely responsible for all content.