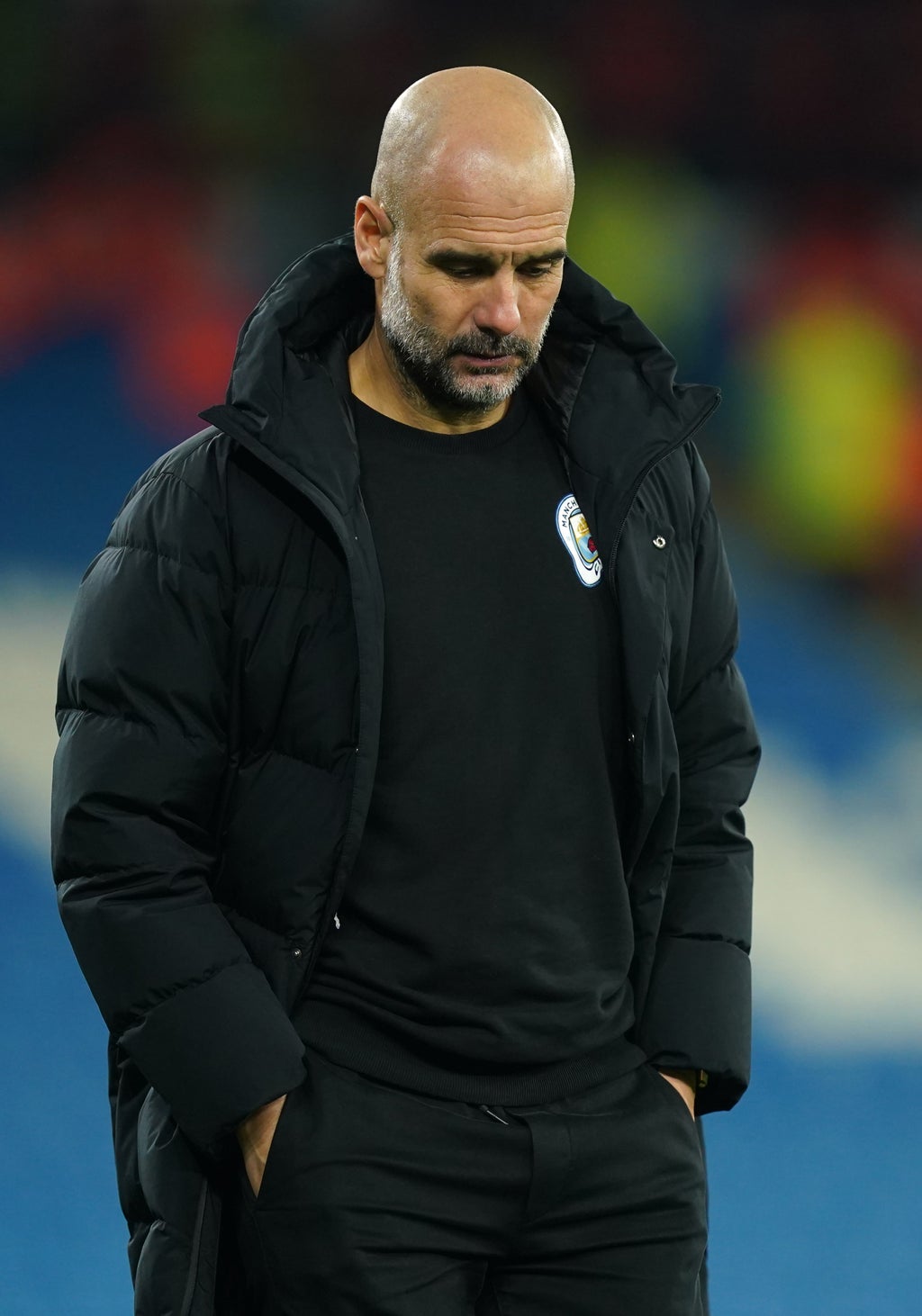 Pep Guardiola admitted he will only get a true read on how his players have reacted to last week’s defeat against Tottenham when they face Everton on Saturday.

City saw a 15-match unbeaten run in the Premier League come to an end when Harry Kane struck in stoppage time to give Spurs a 3-2 win at the Etihad Stadium, just moments after it appeared that Riyad Mahrez had rescued a point for Guardiola’s side from the penalty spot.

That defeat has allowed Liverpool to close what had been a 13-point gap in the title race to just three having played their games in hand, though with Jurgen Klopp’s side in the Carabao Cup final this weekend, City have an opportunity to create some more breathing space on Saturday.

Guardiola had insisted throughout City’s long unbeaten run that a defeat would come eventually and that, when it did, the key would be how his players responded.

“They trained good,” he said when asked what that had looked like this week. “They are a little bit more sad than usual that’s normal. We will know (on Saturday). They have the answer.

“I said many times to them I never win a game but I never lose either. Football belongs to them. I’m waiting for how we’re going to react. I know them, from what I saw in the last years I know they’re going to perform well.”

Guardiola had never bought into the hype around his team when they had moved 13 points clear in January, and said questions about the title race now were “ridiculous”.

“I know what we have to do to beat Liverpool: we have to win a lot of games,” he added.

“I didn’t just know that now. I knew it when we were 11 or 12 points ahead and they had two games in hand. I knew it, I felt it. I know the opponents and what can happen.

“(Is) the title race is going to happen like two or three seasons ago? Nobody knows. We cannot say what happened in the past will happen in the future. We never know.

“Maybe both teams will start losing games and Chelsea start to win and come with us. The only concern is to prepare good for (Everton) and do a good game. That’s all I’ve been thinking since Tottenham.”

The 51-year-old admitted his attitude towards defeat has softened with age, but nothing has dimmed in his pursuit of perfection when working with his players.

“As I get old, I’m learning to enjoy my profession – to be more supportive than ever,” Guardiola said.

“I accept the defeats in a more natural way. I don’t like it, because I don’t sleep well after a defeat, but I accept that the other ones can beat you.

“They can be better than you. You have to improve, there is still a margin to do better than we are still not doing. I enjoy it. I’m not so dramatic, like, ‘We are going to lose the Premier League’.

City will be boosted at Goodison Park by the return of Jack Grealish and Gabriel Jesus, while Ukraine international Oleksandr Zinchenko is available despite his concerns about the crisis in his home country.