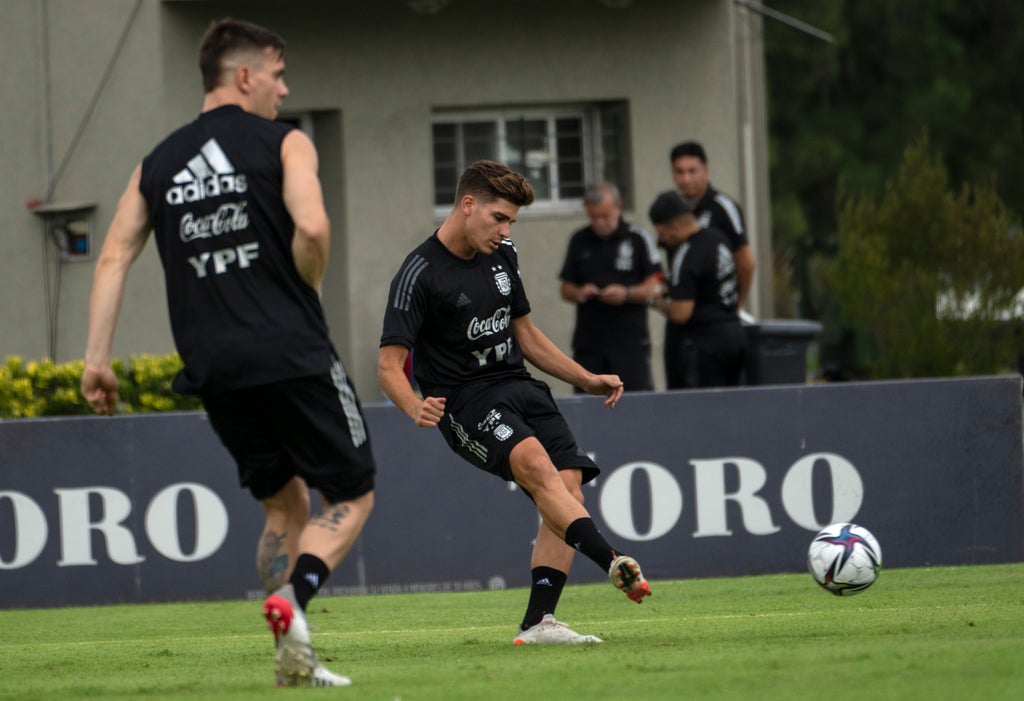 Manchester City boss Pep Guardiola is convinced the arrival of Julian Alvarez will freshen up his squad in the summer because the striker is “starving” for goals.

The Premier League champions signed the Argentina international for a reported £14million from River Plate before Monday’s transfer deadline but loaned him back to the Buenos Aires club for the remainder of the season.

It is not yet clear exactly when the 22-year-old will arrive in Manchester and there have been suggestions he could stay on in Argentina beyond the summer.

Yet Guardiola is clearly planning to bring him on board for his pre-season preparations and so end the club’s long search for a natural replacement for Sergio Aguero.

The City manager said: “For the age and the price, for many reasons, for the future, it is a really, really good deal.

“He is a guy who has a sense of goal, all the quality (needed), movement behind. He’s a street player, he is a guy who is so dynamic and the goal is there in his mind – the way he finishes, the way he makes the movement over four or five meters.

“He has the desire, the passion and the strength without the ball. At the age he has, so young, you see he is hungry. He is starving! At that age it is so nice to have it.

“It refreshes many things in one team when you have a few players like that.”

The signing of Alvarez this week was followed by an announcement that full-back Joao Cancelo had signed a new contract at the Etihad Stadium.

The Portugal international, who has excelled at both left-back and right-back this season, is now committed to the club until 2027.

The 27-year-old has risen to prominence over the past year having initially struggled to make an impact following his £60m move from Juventus in 2019.

Guardiola admits he is partly to blame for Cancelo’s slow start but is now pleased to see the player thriving.

He said: “Everyone knows how important Joao is with us and what we have done in the last two seasons, especially this season.

“We struggled together in the first part when he arrived. We did not agree on many things but, in part, for my mistakes. Some players have to be treated differently from others and I needed time to understand him.

“Now he’s incredible and I’m so delighted he’s fully happy here and can play in this club for the next years.”

Guardiola, meanwhile, has offered his support to utility player Oleksandr Zinchenko amid the political crisis in his homeland of Ukraine.

The City boss recognizes the 25-year-old could be affected by the situation but has confirmed the player, who has recently recovered from Covid-19, is currently training and available for Saturday’s FA Cup tie against Fulham.

Guardiola said: “For every human being, when something happens in their country we are concerned. Around the world, these kind of things happening in the 21st century are so depressing.

“Unfortunately what has happened has happened. I will speak with Oleks and he will know the situation better than myself, but he is in the squad for tomorrow.”