Cabinet minister Kwasi Kwarteng has insisted the public “can reach their own conclusions” on the tax affairs of chancellor Rishi Sunak’s millionaire wife, Akshata Murty.

In an attempt to defend the Ms Murthy, the business secretary also said that the non-domiciled status has been “part of the UK tax system for more than 200 years”.

It comes afterThe Independent revealed the chancellor’s wife, whose family business is estimated to be worth around £3.5 billion, has claimed the “non-dom” status in order to save on her tax bill.

Last week, as the chancellor faced questions about Ms Murty’s stake in IT and services giant Infosys — a company founded by her father — Mr Sunak said his wife had been “attacked”.

“You know, I think it’s totally fine for people to take shots at me. It’s fair game. I’m the one sitting here and that’s what I signed up for.”

Speaking on Sky News, Mr Kwarteng said he agreed with the chancellor, saying: “It’s completely unfair to be bringing someone who is not a politician and essentially attacking them in the way that’s happening. I totally agree with him on that”.

Quizzed on her tax status, the business secretary said: “She made it very clear that as an Indian national she can’t have dual citizenship and she’s got a non-don status here in the UK.

“After 15 years staying here she will be domiciled, but for the moment she pays on UK income as I understand and on foreign income she pays tax outside the UK — that’s what non-domiciled status means.

“But I haven’t come here to comment on her tax affairs,” he added, as the cabinet minister prepares to unveil the government’s energy security strategy.

Pressed about the optics — just as the government introduces a manifesto-busting tax hike and consumers’ energy bills spike — he replied: “People can reach their own conclusions, that’s up to viewers.

“He’s made of full declaration of what’s happened, she’s a non-domiciled status that is utterly legal — everything is completely in order, he’s always been very transparent about these issues.”

He added: “I’m also aware of the non-domiciled status that has been in British law for 200 years”.

Quizzed again on the optics, the business secretary added: “People will draw their own conclusions, that’s the great thing about this country. We have open debate, people will have lots of views.

“I’ve just come on here to say very clearly I think her tax affairs are a matter for her and I don’t know the details of the businesses you’ve referred to”.

In a statement last night, a spokesperson for Ms Murty claimed that she had to use the status because of her citizenship, saying: “Akshata Murthy is a citizen of India, the country of her birth and parent’s home.

“India does not allow its citizens to hold the citizenship of another country simultaneously. So, according to British law, Ms Murty is treated as non-domiciled for UK tax purposes. She has always and will continue to pay UK taxes on all her UK income from her.

The status, which is optional, and can save an individual from paying UK tax on income from dividends from foreign investments, rental payments on property overseas or bank interest. The status also means that you avoid UK inheritance tax.

Tulip Siddiq, Labour’s shadow economic secretary to the Treasury, called for Mr Sunak to “urgently explain how much he and his family have saved on their own tax bill” at the same time as raising taxes for millions of people during the cost of living crisis .

She said: “The chancellor has imposed tax hike after tax hike on the British people. It is staggering that – at the same time – his family may have been benefitting from tax reduction schemes. This is yet another example of the Tories thinking it is one rule for them, another for everyone else.” 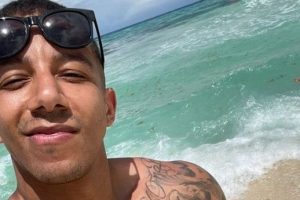