Skip to content
Home News “People are afraid, they hope there will be no war”


Russia’s long shadow over Ukraine stretches in the form of military deployment at key points along the border. A thousand kilometer border that has the world in suspense. The geopolitical vacuum between the Kremlin and the West is the middle ground between the two former soviet republics. A pulse with state-of-the-art weapons that threatens world stability.

It will be eight years since the annexation of Crimea and the armed confrontation continues in the Donbass region. For Ukrainians, living with the stress of the Russian threat on top is nothing new. “We have been reporting every day for seven years that the war could start at any moment,” he says. Andrii Dikhtiarenko, chief editor of Ukrainian public television.

“The team of special envoys #Weekly report prepare your report for this Saturday on #Ukraine @AngelaRodicio pic.twitter.com/Lr0frPpV30“

The most tense week between Russia, Ukraine and the world began with the announcement of the evacuation of non-essential personnel from the embassies of the United States and the United Kingdom in Kiev. It reminds some of what happened in Afghanistan last summer. “Kiev is not Kabul,” says the military expert Oleksander Demchenko, referring to the ease with which the Taliban seized power in Afghanistan. “We are going to fight for freedom, for our independence”, affirms this military analyst to the Weekly Report team sent to the Ukrainian capital.

Since a low-intensity hybrid war began in 2014 in eastern Ukraine, in a part of the pro-Russian separatist region of Donbas, Ukrainians have seen how the news programs open their bulletins every day with the military situation in that area and in the Crimean peninsula, also annexed by Moscow. This time the tension transcends the eastern region and affects the entire country.

“The Weekly Report team reporting from the tense winter of #kyiv #Ukraine https://t.co/jgM3dl1E9U“

The food market in the center of Kiev appears desert these days. Prices are rising, and many people are afraid to go outside. Valentina, one of the vendors, believes that “television and newspapers exaggerate”. This 73-year-old woman believes that “Putin is not stupid enough to come and kill the Ukrainians.”

See also  Who are the bidders hoping to buy Chelsea?

The doctor Vladislav, doctor in Kiev, summarizes the feelings of the citizens: “the situation is very tense. People are afraid, but everyone hopes there will be no war.” And he remembers before the cameras of RTVE that the Russians and the Ukrainians have been “brothers for many years”, but now their destinies have been divided, “because we have chosen freedom”.

The citizens of Kiev live between worry and fear. The Russians have again cut off the gas tap and the Ukrainian authorities are trying to placate the cold wave pulling coal reserves. Journalist Andrii Dikhtiarenko suggests that “perhaps one of the Kremlin’s biggest goals is to destabilize the situation inside Ukraine.” More than starting a war, it is as if from Russia they tried to collapse the economy and “make people nervous to cause chaos, hysteria”, concludes Dikhtiarenko.

The Ukrainians have lived since 2014 in a situation of prolonged war, which affects the psychology of all its inhabitants. On the frozen streets of Kiev we ask its citizens. “People have already made up their minds, they don’t feel like it’s anything special. In Europe, they have a stronger idea of ​​war,” he says. Lisa. Nothing to do with the feeling max: “I’m scared. I live in this country and I am worried.”

Karina studies Political Science and, for her, “the news on our television and international channels exaggerate and create fear.” She is very clear that “everything is better than they say”. She explains that there have been eight years of war and “if they had wanted to, they would already be here.” For Karina, the key lies in international aid. According to this university student, “the Russians will not come if other countries help us”.

“I don’t like this situation at all,” he says for his part. Olga. “I am old, I have lived a lot,” she tells RTVE worried because “the economic situation of young people is very difficult.”

The The Ukrainian government, for its part, has announced the creation of popular defense militias that will be added to million reservists what the country has. At the moment, Ukraine is living the countdown to see if the Kremlin accepts or not the written proposal of the White House and its allies on the status quo of Ukraine in the Western security structure. “NATO is open to new members”, he would be the headline. Moscow has announced that it is not optimistic and will take its time to respond.

Mykola Kaitonenko, from the Institute of International Relations in Kiev, believes that “Putin is flexible and can adapt the strategy to the times.” According to this Ukrainian analyst, the Russian president “can afford to keep troops concentrated on the border for months, without following any specific direction.” Kaitonenko is increasingly clear that “this is all part of a calculated political negotiation, rather than a military strategy.”

Meanwhile, diplomacy works against the clock. From Washington to Moscow, passing through Brussels, meetings and encounters follow one another without rest. All in order to avoid a direct conflict between the two blocks.

Ukraine continues to train its population after the continuous warnings of military action by Russia. The Kremlin has announced new maneuvers together with the Belarusian army on the border. The United States, the same, within Ukraine.

Against the background of the geostrategic belief that Russia needs Ukraine to recreate its empirein old Kiev, where the empire of the tsars began, you can go from the Ministry of Foreign Affairs of Ukraine, through the headquarters of the North Atlantic Treaty Organization, to the house museum of Mikhail Bulgakov.

The museum was opened coinciding with the dissolution of the USSR 30 years ago. Originals from the author of “Diary of a Young Doctor”, “The White Guard”, “Heart of the Dog”, or “The Master and Margarita”. The history of Ukraine and Russia, that of their relations in the last hundred years, in the literary key of Bulgakov. 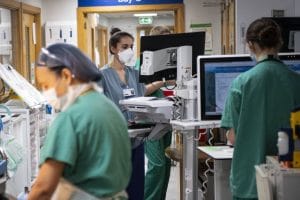 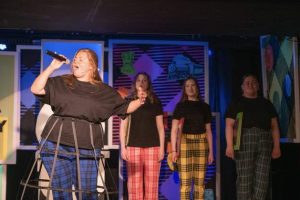 Theater reviews: Scots | Catch Me If You Can 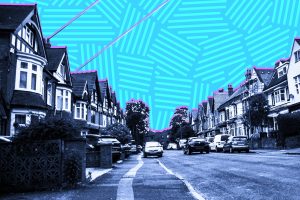