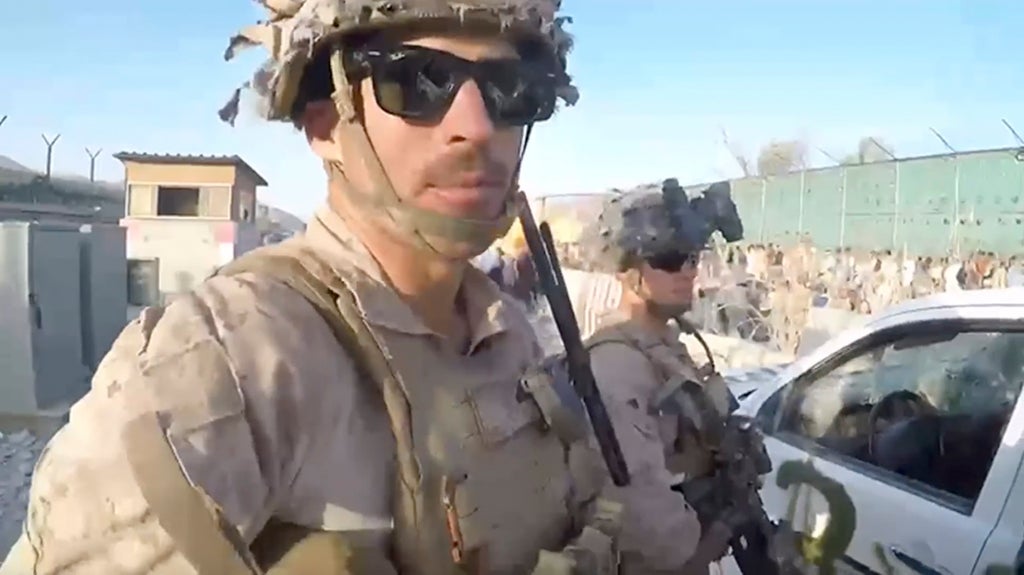 The military investigation into the deadly attack during the Afghanistan evacuation has concluded that a suicide bomber, carrying 20 pounds of explosives packed with ball bearings, acted alone, and that the deaths of more than 170 Afghans and 13 US service members were not preventable.

The blast at Abbey Gate outside the Kabul airport on Aug. 26 killed 11 US Marines, a sailor and a soldier, who were screening the thousands of Afghans frantically trying to get onto one of the crowded flights leaving the country after the Taliban takeover. The Islamic State group claimed responsibility for the attack.

At the Pentagon on Friday, military officials laid out a detailed and graphic minute-by-minute account of the bombing. The bottom line, they said, was that those who died had wounds that were “so catastrophic” that they couldn’t be overcome. And they said that earlier thoughts that it was a complex attack involving gunfire turned out to be unfounded.

“A single, explosive device killed at least 170 Afghan civilians and 13 US servicemembers by explosively directing ball bearings through a packed crowd and into our men and women at Abbey gate,” said Gen. Frank McKenzie head of US Central Command. “The disturbing lethality of this device was confirmed by the 58 US servicemembers who were killed and wounded despite the universal wear of body armor and helmets that did stop ball bearings that impacted them, but could not prevent catastrophic injuries to areas not covered.”

Investigators said the bomber likely got near the gate by bypassing Taliban and other security checkpoints. They said it appears the Taliban didn’t know of the attack, that security precautions were being taken and that intelligence about potential threats that was circulating that day was not specific.

“Based upon our investigation, at the tactical level this was not preventable,” said Brig. Gen. Lance Curtis, who led the investigation. He added that military leaders on the ground in Kabul followed proper security measures, at times closing the gate or pausing the processing of evacuations.

Military officials said that gunfire after the blast was found to be warning shots fired by US and British troops, and that no one was killed or wounded by gunshots.

McKenzie said the investigation revealed that the five-millimeter ball bearings in the bomb caused wounds that looked like gunshots. He said some troops in the area fired a number of warning shots, and that led others to believe that the attack also included gunmen.

Friday’s briefing lasted more than an hour and resembled the detailed explanations military officials gave to the families of the troops killed that day. It included several videos of the chaos at the gate at the time of the bombing.

One is very brief and shows two Marines in the foreground, and deep in the background between them is a glimpse of a single person, dressed all in black. And then there is the sound of an explosion, and a cloud of black smoke rises from that area. Investigators said the bomber was likely standing on the far side of a sewage canal and was a bit “elevated” when detonating the bomb. Pieces of a backpack were found.

Three service members who were standing on a short wall looking over the crowd to identify potential evacuees were just 10 feet from the blast and were killed. Longer videos shot from overhead show Marines and others rushing to treat and evacuate the wounded, providing first aid and carrying people over their shoulders as they ran, while civilians scrambled to flee the area.

See also  Is there a fuel shortage? Cause of latest petrol and diesel supply issues explained

Marines cut holes in the adjacent fence so they could get to triage areas more quickly, while also struggling through a fog of tear gas that enveloped the area when the bomb fragments punctured the cannisters troops carry.

The blast, said investigators, created “instant chaos and sensory overload.” But within 20 minutes all of the killed and wounded had been moved to triage sites.

The nearly 20 pages of briefing documents included photos showing the crush of Afghans and others trying to get cleared into the airport, many waving documents and slogging through the sewage trench to get closer to the troops processing evacuations.

Investigators said that as the Taliban made it more difficult to get through checkpoints, Afghans and others began using side roads and back alleys to get closer to the outer gate.

The investigation also concluded that there was enough medical staff and blood at several sites around the airport, including nine surgical teams and a hospital. And it quoted a trauma surgeon who told investigators that “We had all we needed. Did we need more people? No, we had a lot of experience on the team and plenty of people.”

The number of service members wounded in the bombing grew to 45 in the following days as they were examined and some were found to have traumatic brain injuries from the blast.

US military officials have said all along that the US forces at the gates were doing a dangerous job. Overall the US-led coalition evacuated about 126,000 people in about three weeks, and the US left Afghanistan for the last time at about midnight on Aug. 30.

See also  Cádiz, in search of the lost temple: found compatible remains with the mythical temple of Hercules | Culture

Early on, McKenzie said troops at the gates had to get close to the people they were screening.

“This is close up work. The breath of the person you are searching is upon you,” McKenzie said in August soon after the attack.

New Partygate picture emerges of Downing Street leaving where guests were told ‘the bar is open!’