Skip to content
Home News Pedro Sánchez visits Buñuel, where the neighbors have demanded the cleaning of the Ebro river


The President of the Spanish Government, Pedro Sánchez, traveled today to Navarra, La Rioja and Aragón to see firsthand the areas affected by the flooding of the Ebro river.

Specifically, it has been in Buñuel, where he has arrived after visiting the Aragonese town of Pradilla de Ebro and later he has gone to the Rioja municipality of Alfaro.

The Spanish president has visited homes affected by the flooding of the Ebro and several neighbors have demanded that the river be cleaned to prevent further flooding.

Sánchez has arrived in this town minutes before 4:00 p.m. and has walked through different streets accompanied by the President of Navarra, María Chivite, the Government delegate in the Autonomous Community, José Luis Arasti, as well as the Deputy Mayor of Buñuel, Israel Jacoste. The chief of the Provincial Police, Juan Carlos Zapico; the Superior Chief of the National Police in Navarra, José María Borja, and the Colonel Chief of the Navarra Civil Guard, José Santiago Martín Gómez.

Chivite has ensured that the Regional Executive will complement the aid that comes from the State for the municipalities affected by the floods before the end of the year, although it has not specified how it will do so.

See also  Over half of teachers want to adopt online exams

The trip takes place the day after Sánchez announced that Navarra will be declared a catastrophic zone this week. The declaration will probably be made official in the Council of Ministers this Friday.

The Navarrese Government has officially requested this Tuesday the declaration of an emergency zone, through a formal letter sent to the President of the Spanish Government.

Likewise, the Government of Navarra will ask both the Ebro Hydrographic Confederation (CHE) and the Cantabrian Confederation for a report on its forecasts and actions in the face of floods “simply to know, improve and if there is an area of ​​improvement, do it”.

12,000 hectares of crops affected in Navarra 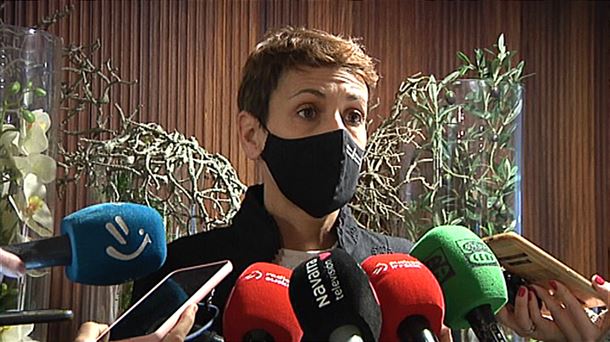 The President of the Government of Navarra, Maria Chivite, has indicated that, in a first assessment there are some 12,000 hectares of crops affected by floods in the provincial community. Speaking to the media, the president said “it is a bit early to make a more detailed assessment.”

Chivite has indicated, on when the Spanish Government will declare a catastrophic zone, that “we will take the petition to the government session tomorrow to request it from the Government of Spain and it may be for Friday; in any case this week.”

María Chivite has indicated that the meeting this Monday with 74 municipalities affected by the floods It was “good” although there were also complaints that the forecasts, especially for Pamplona and Comarca, that the CHE made did not match what happened. “Thursday was the day in Navarra that rained the most in the last 40 years and that destroyed a little the forecasts that the CHE itself had made, “he commented.

Telephone for people affected by floods

Summary of the last hour on the roads in Navarra.