Skip to content
Home News Pedro Sánchez, on Djokovic: “Any athlete has to comply with the health regulations of Spain” | Politics 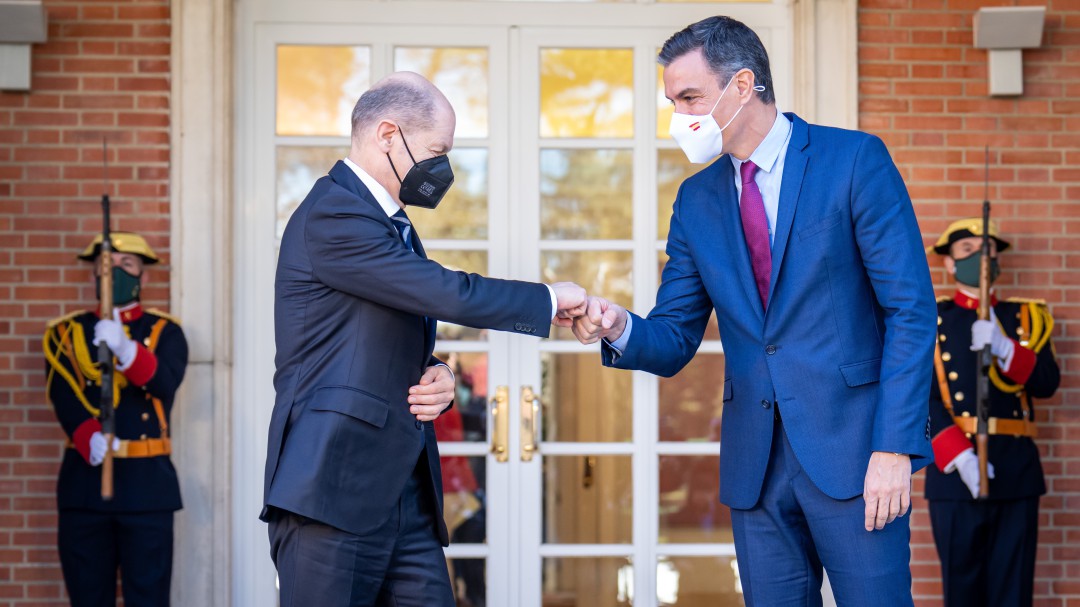 The President of the Government, Pedro Sánchez, received the German Chancellor, Olaf Scholz, at the Palacio de la Moncloa on Monday to strengthen his agreement in defense of the social-democratic policies that they believe the European Union must apply in order to recover after the crisis caused by COVID.

“Here you have a friendly government,” Sánchez told Scholz at the end of the joint press conference. Asked by journalists about the controversy of the Serbian tennis player Djokovic who will not be able to play either the Australian Open or Roland Garros by refusing to receive the coronavirus vaccine, Sánchez recalled that any athlete has to comply with the health regulations of Spain: “Without I encourage you to argue, anyone, whatever their name is and whether or not they are a top-level athlete, must comply with health regulations and that is what any athlete who aspires to compete in our country will do, comply with the health regulations of Spain “.

The mayor of Madrid, José Luis Martínez-Almeida, stated this Monday that “it would be a great claim” for Novak Djokovic to be able to play at the Mutua Madrid Open, although he has said that it will be the central government that will have to determine if the tennis player complies with the COVID regulations to land in Spain.

“In relation to the mayor, without the intention of polemicizing, the rules are to be complied with and here I want to remind Rafa Nadal, who when the controversy arose, recalled the suffering that the pandemic is causing in the population, with deceased, sick…”, has said.

Along the same lines, the German chancellor has stated: “We all set rules in the pandemic to protect health and once they are set, they must be respected, no matter who they are. Australia has rules that are not ours, but they are their rules and they are worth for all”. In addition, he has called on everyone to get vaccinated “the more the better and with the booster if possible.”

Scholz has highlighted the seriousness of the situation, which poses a “danger to the sovereignty of Ukraine”, for which he considers it necessary to “do everything possible” to avoid a military intervention.

“The inviolability of the borders is something that we have to respect,” stressed the chancellor, who warned that the clear message from Germany is that “any threat to the integrity of Ukraine will have a high cost.”

In this line, the chancellor has insisted that any “military aggression will have serious political and economic consequences” and has highlighted, in any case, the importance of doing “everything possible to prevent it from reaching this extreme”.

Good harmony between both leaders

Scholz has arrived at the headquarters of the Presidency of the Government after 2:00 p.m. and has been received by Sánchez on the access stairs to the main building of the Moncloa complex.

Both, protected with masks, have greeted each other by bumping their fists and have posed for the graphic informants flanked by the flags of Spain, Germany and the EU, before entering the interior of the Palace. After signing in the book of honor as it was the first time he had visited Moncloa as chancellor, Scholz had a working lunch with Sánchez.

The only precedent so far was on July 8, 2020, when the head of the Executive and the then Italian Prime Minister, Giuseppe Conte, reported on the meeting they had held and answered questions from journalists.

This Monday’s meeting has been arranged just a month after Angela Merkel’s replacement and is the first of a bilateral nature between Sánchez and Scholz since then, although they already coincided in the last European Council held in Brussels.