Skip to content
Home News Peaky Blinders: Who were the real Birmingham gangsters who inspired the hit BBC crime drama?


The sixth and apparently final series of BBC One’s hit historical crime drama Peaky Blinders finally arrives on our screens at 9pm on Sunday 27 February after its production was delayed by the onset of the coronavirus pandemic.

Steven Knight’s sprawling period piece stars Cillian Murphy as Birmingham mob boss Tommy Shelby, who returns traumatized from his experiences in the trenches of France in the First World War to lead his family’s criminal empire through the Twenties and Thirties.

One of Peaky Blinders‘great strengths has always been its potent character performances, not least from Murphy and the late and much-missed Helen McCrory but from its supporting cast too, which has included, at one time or another, the likes of Sam Neill, Tom Hardy, and Anya Taylor-Joy.

Another important asset is Knight’s obvious relish for the transitional moment he depicts, the show taking us from the terraced slum housing, cobbled streets and Chinese laundries of industrial Birmingham to the Cheltenham races by way of bustling pubs, gyspy camps and communist-led strike action .

The program throws in real locations like The Garrison and the BSA factory, filming key scenes at the Black Country Living Museum, as well as important figures of the day, from then-home secretary Winston Churchill to fascist leader Oswald Mosley and even Charlie Chaplin for additional flavour.

That said, Knight is clearly not overly concerned with historical accuracy, given the show’s liberal use of contemporary blues rock on its soundtrack from the likes of The White Stripes, Royal Blood and Nick Cave and the Bad Seeds, an approach that takes the exact opposite. tack from HBO’s Boardwalk Empire (2010-14), which fastidiously stuck to authentic Prohibition-era jazz, ragtime and showtunes to support its own worldbuilding and set an appropriate tone.

So how true is Peaky Blinders to the real-life criminals from whom it takes its name?

Violence was a way of life in impoverished districts of late Victorian Birmingham such as Small Heath and Cheapside, where the likes of the Cheapside Slogging Gang thrived, an organization led by John Adrian and James Grinrod who were feared for thrashing (or “slogging”) their victims with heavy belt buckles.

The original Peaky Blinders actually thrived in the 1890s, some 30 years earlier than the timeframe of the show, and were typically composed of working-class men involved in small-time gambling, robberies and protection rackets, although some of its members, such as Charles Lambourne, were urchins as young as 12.

The Peaky Blinders lacked the political ambitions and vision of the fictional Tommy Shelby, for whom there is no one factual forerunner (other than, perhaps, one Thomas Gilbert AKA Kevin Mooney), and were instead largely petty criminals.

“They would target anybody who looked vulnerable, or who did not look strong or fit,” West Midlands Police Museum curator David Cross told the BBC. “Anything that could be taken, they would take it.”

Like the Sloggers, the Blinders enjoyed a reputation for extreme volatility and engaging in spontaneous, brutal acts of street violence.

In one notorious incident on 23 March 1890, George Eastwood, 26, was hospitalized after being savagely attacked by a group of “Small Heath Peaky Blinders” led by one Thomas Mucklow for the offense of ordering a glass of non-alcoholic ginger beer in The Rainbow pub in Adderley Street, Digbeth.

In another, on 19 July 1897, police constable George Snipe, 29, encountered six or seven gang members in Bridge Street West, Hockley, who had been “drinking all the day, and fighting all the evening” at The Star Pub, and attempted to arrest one, 23-year-old William Colerain, for using lewd language, only for the rest of the Blinders to leap on him and for one member to fracture his skull with a brick, causing Constable Snipe’s death.

George “Cloggy” Williams, 19, was ultimately convicted of a manslaughter and sentenced to life in prison, which The Birmingham Daily Post said should serve as a warning to “every rowdy” in the city.

On July 21, 1989, a letter sent anonymously to The Birmingham Daily Mail complained: “Surely all respectable and law-abiding citizens are sick of the very name of ruffianism in Birmingham and assaults on police. No matter what part of the city one walks, gangs of ‘peaky blinders’ are to be seen, who ofttimes think nothing of grossly insulting passers by, be it a man, woman or child.”

But police mugshots of gang members like Harry Fowler, Ernest Bayles and Stephen McHickie kept by the West Midlands Police Museum reveal that they were more often than not arrested for comparatively minor offenses like bicycle theft and, Fowler, for one, is known to have later fought for king and country during the Great War, just like Tommy Shelby and his associates.

Slightly disappointingly, the show’s explanation for the Peaky Blinders’ name – that they carried razor blades stitched into the brims of their flat caps for ready access – is a romantic fiction, given that such weapons would have been an expensive luxury at the time and too unwieldy for everyday use.

Historian Carl Chinn, author of three books on the Blinders, instead suggests the name idea originally came from John Douglas’s novel A Walk Down Summer Lane (1977) and says it has more to do with the criminals’ reputation for snappy dressing or “blinding” sartorial style, defined by their caps, bell-bottom trousers and silk neckerchiefs.

The Blinders did use knives to slash “across the foreheads of their opponents, causing blood to pour down into their eyes and blind them”, he adds, thickly.

Another historian, Philip Gooderson, writes in The Gangs of Birmingham (2010) that members’ girlfriends were likewise known for their fashion, typified by a “lavish display of pearls” and similar showy silk handkerchiefs worn at the throat.

The reign of the Peaky Blinders did not last long, however, with a loose collective of “pick-pockets, racecourse thieves and pests” known as the Brummagem Boys giving them trouble before they were finally driven out of town in the 1910s by a successor organization known simply as the Birmingham Gang.

Their leader was one Billy Kimber, a name fans of the show will recall from series one, in which he is reimagined as a cockney betting kingpin played by Charlie Creed-Miles and meets a bad end in a backstreet (the real Kimber died in a nursing home).

The Birmingham Gang would in turn be usurped by the 1930s by the Charles Sabini mob, whom Graham Greene used as inspiration for Pinkie’s criminal syndicate in Brighton Rock (1938).

Birmingham itself is also credited with stamping out the Blinders, toughening up its policing and sentencing of criminals and encouraging urban boxing clubs to thrive, giving the city’s impoverished boys a meaningful alternative to entering a life of crime.

But, as Chinn concludes in The Real Peaky Blinders (2014): “The ill-fame of the Peaky Blinders and their lurid name infused as it was with violence and gangsterism ensured that they would not be forgotten.”

Steven Knight was asked about his inspiration by BBC History Magazine in 2016 and cited his own family background, a branch of which takes in the Sheldons, a bookmaking dynasty.

“One of the stories that really made me want to write Peaky Blinders is one my dad told me,” he said. “His dad gave him a message and said, ‘Go and deliver this to your uncles’… My dad knocked on the door and there was a table with about eight men… immaculately dressed, wearing caps and with guns in their pockets. The table was covered with money.

“Just that image – smoke, booze and these immaculately dressed men in this slum in Birmingham – I thought, that’s the mythology, that’s the story, and that’s the first image I started to work with.” 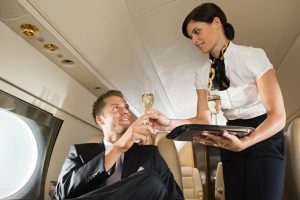