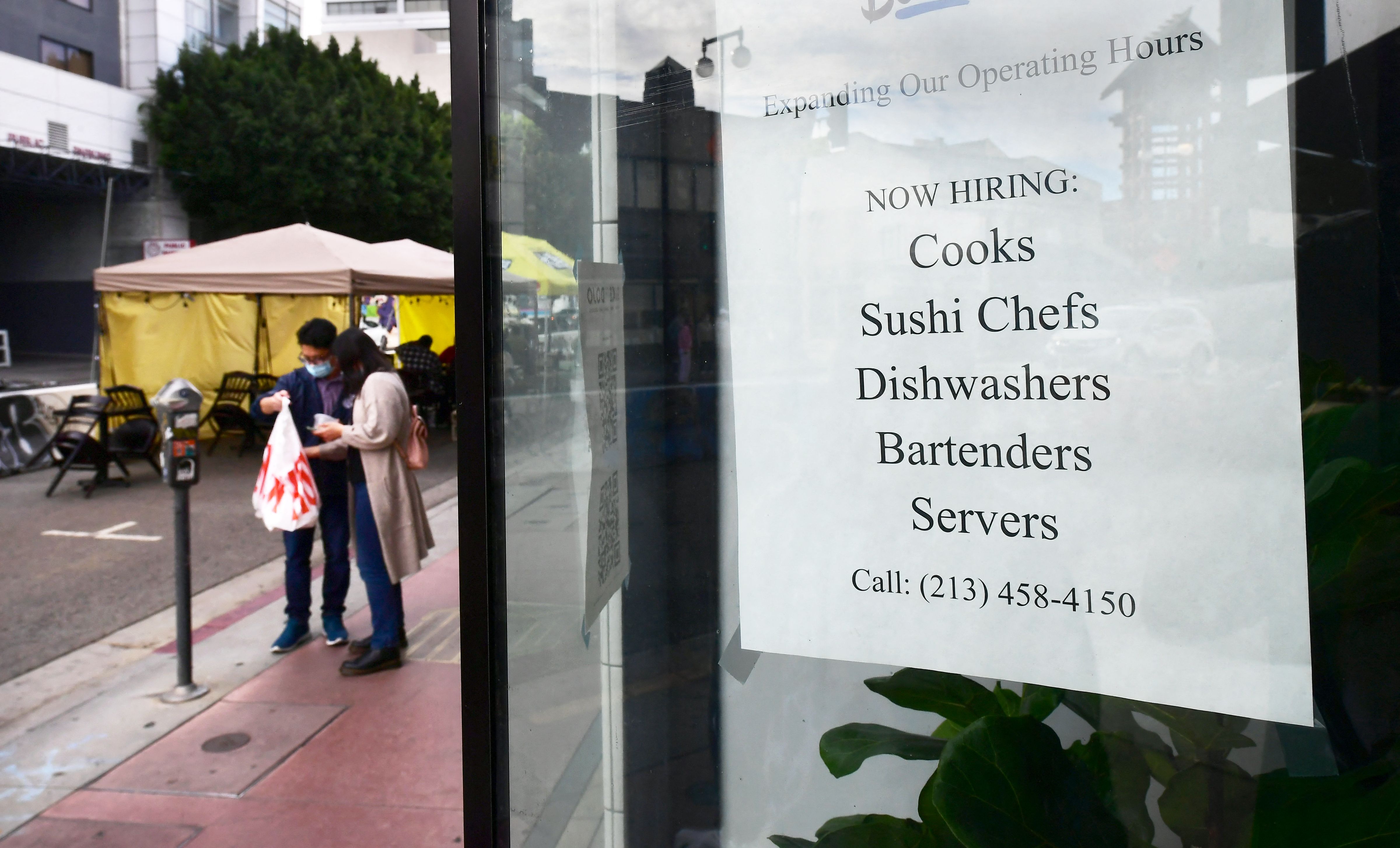 Judging by the numbers, 2021 was a year of expansion for the US economy. In 2020, many analysts expected a slow recovery with several years of high unemployment rates. Instead, unemployment is already down to near pre-pandemic levels, and a record percentage of Americans say now is a good time to find a quality job. It is true that inflation has reduced the purchasing power of wages, but new calculations indicate that, despite this, the real income of most adults has increased. And while the spread of omicron may lead to a bad month or two for jobs, the rapid decline in cases in New York and elsewhere indicates good economic news is coming soon.

However, consumer sentiment is rock bottom: Americans’ median assessment of the economy is worse now than it was in the first months of the pandemic-driven recession. Why? My regular readers know that I have been speculating on this matter for some time. In particular, I wonder why people say the economy is bad, even though they are quite optimistic about their personal finances. However, at this point, I think I’m close to the answer.

The poor valuations of the economy, I would say at the moment, mainly reflect two things. The first is a long-lasting phenomenon: people react more negatively to inflation than economics textbooks would have predicted. The second is extreme partisanship fueled by the right-wing media.

When it comes to inflation, let’s think of two imaginary economies. In one of them, the normal income of a family increases by 2% per year, but consumer prices rise at the same rate. In the other, inflation is 6%, while family income increases by 7% a year. Which economy is better?

See also  Covid cases soar by 179,756 in 5% weekly drop as daily deaths plunge by one third

I am almost sure that economists would overwhelmingly vote for the second, in which real incomes grow. But public opinion might not agree. People are bothered by inflation, even if their income far exceeds its pace. Perhaps it is because rising prices convey a sense that things are out of control.

Whatever psychological process is involved, inflation aversion is simply a reality. Arthur Okun, a Democratic economist, was the first to propose evaluating the economic situation using the “misery index,” which adds unemployment and inflation. As a concept, this index does not make much sense, since the costs of unemployment are huge and real, while those of inflation are subtle and surprisingly vague. But the misery index works very well as a predictor of economic sentiment. And given that inflation has risen sharply in the United States over the past year, it’s not surprising that the mood has waned even though unemployment is falling.

However, my analysis of the data says that economic sentiment is considerably worse than would be expected even taking inflation into account. Nate Cohn of The times, reaches the same conclusion using a more elaborate model. What’s behind this?

The disheartening persistence of covid is one possible answer. But let’s not forget the elephant—and I mean elephant—in the room: far-right partisanship. Today, partisanship determines almost everything in America. For example, one cannot sensibly talk about lagging Covid vaccination rates without acknowledging that Republicans are four times more likely to be unvaccinated than Democrats. And the gap between perceptions of the economy has widened brutally in recent years.

But let’s not think that everyone is the same. It is true that Democrats may have been reluctant to acknowledge the good economic news during Donald Trump’s tenure. Yet the negative attitude on the right at the moment is as absurd as the Republican assessments that the current economy is worse than it was in June 1980, when unemployment was almost double and the rate of inflation was at the 14%. This madness could explain a good part of the lack of consumer confidence.

Now, where does this madness come from? Even the mainstream media has emphasized the negative. An analysis by a liberal think tank found that in November, CNN and MSNBC had devoted 50% more airtime to inflation than to all other economic topics combined.

Yet over the past two years, Fox News has devoted almost three times as much air time to inflation as CNN, illustrating its reporting with photos of empty shelves taken in other countries and in other years. It is not surprising that the base of the Republican Party thinks that the economy is in bad shape. What does this tell us about the future, in particular the political future? When inflation goes down, if it goes down at all, as analysts, the bond market and even consumers expect it to, the general mood of the latter should start to reflect the real strength of the economy. But, as we have seen, an important part of the electorate has economic perceptions that are quite far removed from reality. Even if things get better, they probably won’t get the good news, or they’ll be treated to other negative stories.

Therefore, the Democrats are going to need much more than a booming economy to get through the midterm elections. They will have to make receptive voters feel the improvement, and enough of them turn out to the polls to make up for the sizable minority determined to believe that Joe Biden’s America is a Mad Max-style wasteland.

Paul Krugman He is a Nobel laureate in economics. © The New York Times, 2022. Translation of News Clips