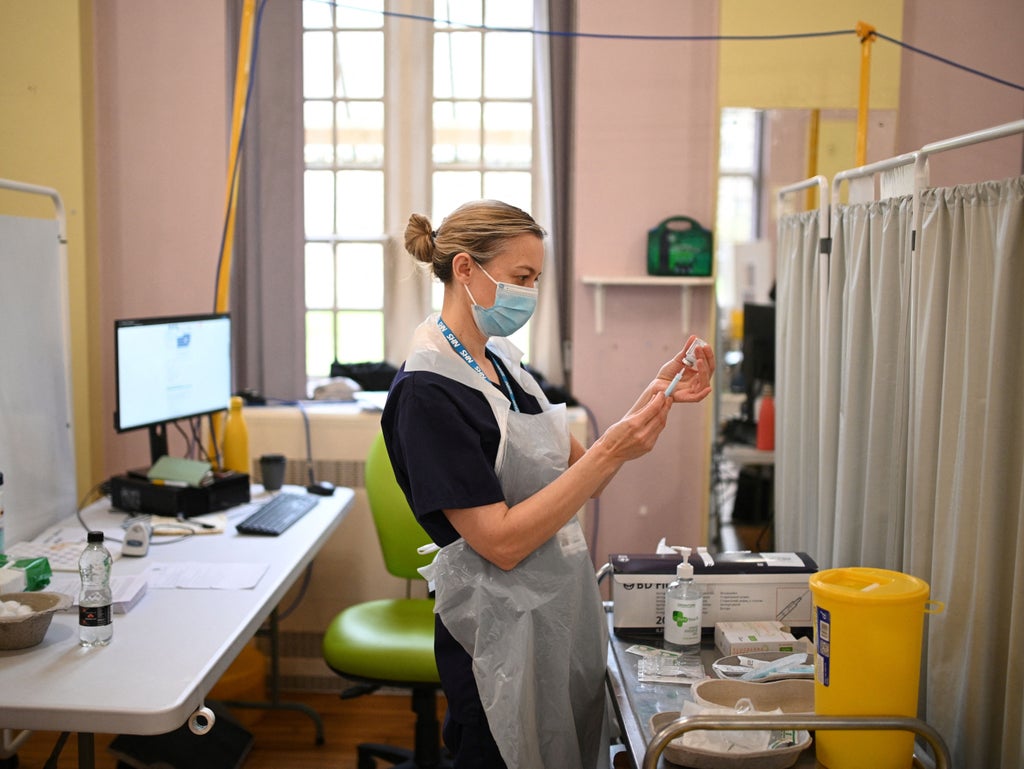 The question of whether to impose a policy requiring mandatory vaccination for NHS staff has raised countless ethical and practical considerations, but as the deadline looms for healthcare workers to get jabbed or face dismissal, has enough thought been given to the perspective of patients?

Various legal experts and health groups have argued that while doctors and nurses can reject the offer of vaccination, patients should also have the right to refuse treatment from a healthcare worker who is not jabbed, instead requesting that their care is placed in the hands of someone who is protected.

Under current plans, 70,000 NHS workers are set to be sacked from 3 February for being unvaccinated. However, there have been reports that the government is considering pausing the policy in the light of concerns over staff shortages across the NHS, with health secretary Sajid Javid admitting on Thursday that the government was “reflecting” on the situation.

Backlash is to be expected, too, from the revelation, as first reported by The Independent, that trusts have been asked to “trace” employees’ personal NHS numbers and create a database of mobile numbers and emails in an attempt to identify unvaccinated staff – a move that has been described as a “grotesque misuse of power”.

In a scenario where the can is effectively kicked down the road, with the February deadline pushed back, could patients start to grow weary of staff who have not been vaccinated? Will they feel as though the chance for refuseniks to get jabbed has come and gone, and that it is therefore justified that they are stripped of their right to deliver treatment?

“Patients have a right to safe care, so it’s reasonable for patients to expect any health or social care professional caring for them to have had a Covid-19 vaccine,” says Rachel Power, chief executive of the Patients Association.

Most patients may not be overly concerned about the vaccination status of those caring for them, but in a world in which we’re expected to live alongside the threat posed by Covid, there are undoubtedly certain groups who will be more invested in these matters.

“A person who is ‘vulnerable’ by way of disability or chronic illness (eg immunocompromised) may well have an argument under the Equality Act that the NHS failing to provide vaccinated staff to them constitutes disability-based discrimination,” says one barrister who specializes in mental health capacity law.

After all, these individuals are most at risk from Covid-19 – and will be for years to come. Clinically vulnerable people who do find themselves in hospital for whatever reason will know that a Sars-CoV-2 infection could further exacerbate their condition, or endanger their lives.

Of course, the vaccines do not stop transmission entirely – they are most effective in providing high levels of protection against severe disease and death – but the likelihood of a Covid outbreak within a ward, including among patients, will be higher if some staff members are not jabbed.

Understandably, patient groups are keen to see 100 per cent vaccine coverage across the NHS, and to avoid any situation in which they’re being treated by staff who are more susceptible to passing on a potential infection.

“Government guidance has previously advised people whose immune system means they are at higher risk of serious illness to avoid anyone who is unvaccinated,” says the Clinically Vulnerable Families group. “It is hard to understand how that would be possible if your clinician or nurse is unvaccinated.”

The group has also called for clinically vulnerable patients to be given mitigations in hospitals and to be looked after “wherever possible” by vaccinated staff provided with the highest-quality face masks.

Concerns around acquiring patients Covid-19 while in healthcare settings are not unfounded. At the peak of the recent Omicron wave, more than 16 per cent of daily infections in England were based in hospitals, the virus spreading between staff and patients who were receiving treatment for non-Covid issues.

As controversial as the current plans are, the requirement for health workers to be vaccinated against an infectious disease, with the aim of keeping patients safe, is not without precedent in the UK.

Around the turn of the millennium, the NHS was hit by a scandal in which patients who underwent heart surgery were infected by a doctor with hepatitis B.

“That led to obviously big concerns with the NHS because the number of patients seen by consultants and doctors was quite significant,” says Dr Claas Kirchhelle, a medical historian and lecturer at University College Dublin.

The scare led the government to heavily recommend vaccination against the virus for healthcare workers dealing with operations and patients’ blood. However, it didn’t go as far as to legalize a mandate – as we’re seeing with Covid-19.

In the years and decades to come, concerns about whether staff are vaccinated against Covid may eventually fade – as they have done with hepatitis B – but don’t bet on the issue going away any time soon.

For now, patients who do object to being treated by unvaccinated NHS workers will be reassured that they have a firm legal basis to draw from.

Dr Brian Toft, an expert in patient safety, points to the example of a 2015 law case – Montgomery v Lanarkshire Health Board – in which the Supreme Court ruled that informed consent by a patient rests on the disclosure of risk by a medical practitioner.

“An adult person of sound mind is entitled to decide which, if any, of the available forms of treatment to undergo, and her consent must be obtained before treatment interfering with her bodily integrity is undertaken,” the court held.

In the eyes of the law, Dr Toft says, an unvaccinated nurse or doctor should therefore communicate their vaccine status when handling a patient. “Patients should be asked if they consent to being exposed to that risk,” he says.

“It should also be remembered that the ethical stance of all doctors – and in my opinion, all healthcare staff – is that they should ‘First do no harm’. Thus, where staff are not vaccinated, they are putting the patients with whom they interact in the way of harm.”

Ultimately, the conversation around patient safety and the dangers that unvaccinated staff pose to those in their care might have a useful role in helping to change the minds of healthcare workers who remain unwilling to have the vaccine.

“On the one hand, it can feel unsafe to be cared for by staff who choose not to follow strongly evidenced guidance that vaccinations are safe and work; on the other hand, people who need services will suffer if a seriously understaffed service loses even more staff,” says Charlotte Augst, CEO of National Voices, a coalition of health and social care charities in England.

“We do wonder whether it would help if health and care staff heard more directly from people who feel vulnerable to the virus, the lengths they go to protect themselves, and how the reluctance to take the vaccine can undermine trust.”