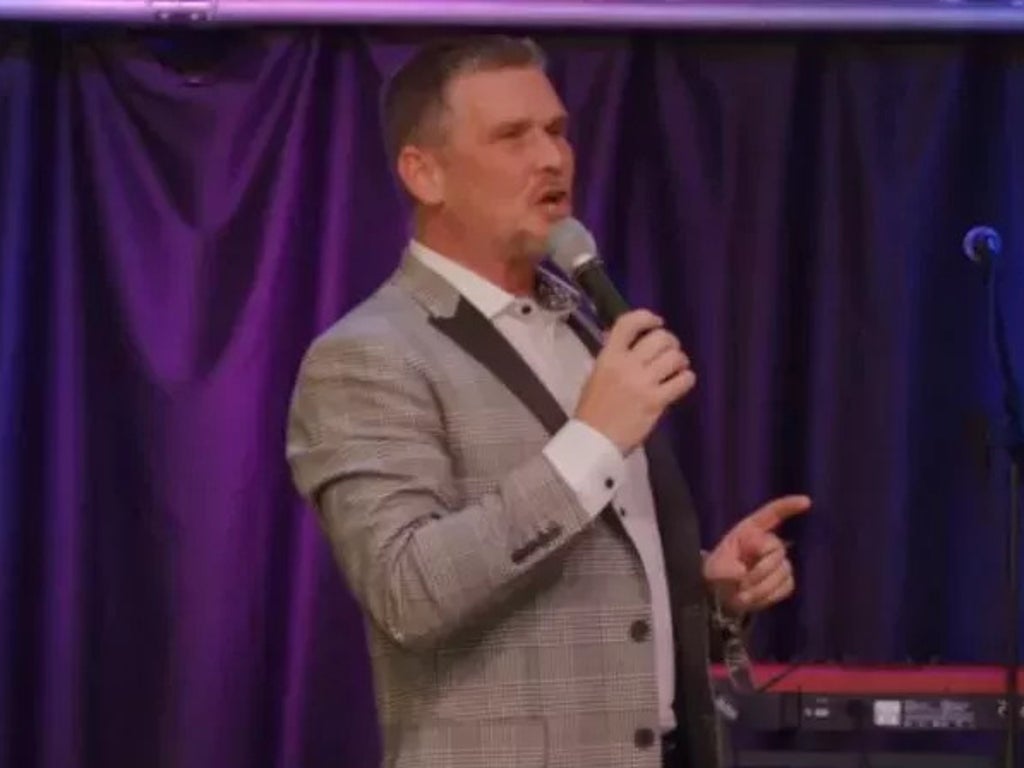 The Tennessee pastor known for burning so-called “witchcraft” books like Harry Potter and twilight has threatened to expose six supposed “witches” in a new video that has gone viral.

Pastor Greg Locke, who styles himself as a prophet for predicting Donald Trump would beat “demon-possessed” Joe Biden, went on a wild sermon against the so-called “witches” that infiltrated his congregation.

In the video taken on 13 February, Mr Locke demanded the six “get out” or he would expose them during the next sermon to his Global Vision Bible Church this coming Sunday.

“Three of you are in this room right now. Three of you in the room right now. You better look in my eyeballs, we ain’t afraid of you, you stinkin’ witch, you devil-worshipping Satanist witch. We cast you out in the name of Jesus Christ! We break your spells, we break your curse. We got your first name, we got your last name, we even got an address for one of you!” I have screamed.

The clip, posted to Twitter by former Jeopardy! Champion Hemant Mehta and viewed more than 600,000 times, comes after Mr Locke made news for hosting a burning of books and movies earlier in February.

“If you think we’re crazy, then scroll on. We’re exposing the Kingdom of Darkness for what it is. It’s time for people to be delivered,” he said before the book burning.

Mr Locke has been one of the most out-spoken propagators of QAnon lore, calling Mr Biden a “sex-trafficking, demon-possessed mongrel” who is part of a secret cabal that operates child-trafficking tunnels beneath the White House.

He insists that Mr Trump is the “legitimate president” but has since had a falling out with the former president over his support of Covid-19 vaccines.

In his latest sermon on Sunday, he said two of the witches infiltrated the congregation through his “wife’s ladies’ Bible study.”

“We got all six of their names. All six of them… So you got a choice. You can leave with your spells, all by yourself, or I’ll show up next Sunday with a stage full of brooms, and I ‘ll give you one and I’ll fly your tail up out of this place in the name of Jesus,” he said.

“But we ain’t playing your spell-castin’, witchcraft nonsense sage-burning games.”

Global Vision Bible Church did not respond to The Independent’s request for comment.