Metropolitan Police ends are believed to have been issued to staff who attended a leaving drinks party for the top government official who helped write Covid rules.

Staff who joined Kate Josephs’ “boozy” farewell bash at the Cabinet Office on 17 December 2020 have been handed Fixed Penalty Notices (FPNs), according to The Telegraph.

Ms Josephs, former chief of the government’s Covid taskforce, has admitted and apologized for gathering with colleagues for drinks while strict curbs on socializing were in force in London.

She said in January that she had gathered with colleagues “with drinks” in the Cabinet Office to mark her departure from the civil service.

Ms Josephs added: “I am truly sorry that I did this and for the anger that people will feel as a result. Sheffield has suffered greatly during this pandemic, and I apologize unreservedly.”

It is not known whether Ms Josephs, currently chief executive of Sheffield City Council and on discretionary leave, is among those to have been fined.

Sheffield City Council brought in an independent investigator to examine the situation and a cross-party committee is looking at the findings.

A council spokesman said: “The committee will need to meet again once they have had time to properly consider the contents of the investigator’s report. Until then, the committee needs to focus on its work.”

Ms Josephs has not commented on The Telegraph report, and is under no obligation to tell the council if she has received an FPN.

Fines have now been given to staff attending three of the 12 events under investigation, it is understood – including a No 10 leaving event on the eve of Prince Philip’s funeral in April 2021 and a leaving do in the cabinet secretary’s office in June 2020.

The government’s former ethics chief Helen MacNamara apologized after being fined for the June 2020 event – ​​having reportedly brought a karaoke machine to the leaving bash.

Ms MacNamara said: “I am sorry for the error of judgment I have shown. I have accepted and paid the fixed penalty notice.”

An initial round of 20 fixed penalty notices have been issued by Scotland Yard in connection with the Partygate scandal, with more expected.

It comes as civil service chiefs are said to be “braced” for severe criticism from top officials when the full Sue Gray report is published at the end of the police probe.

There is fear the report from the Cabinet office official would cast some of the leading Whitehall figures in a “bad light” and could potentially lead to disciplinary action, according to Guardian.

The 20 police fines issued in the first wave of FPNs have reportedly varied from £50 to £200depending on the nature of the event and Covid rules in place at the time.

Cabinet minister Simon Hart claimed on Monday that the “world has moved on” from Partygate, while his colleague Jacob Rees-Mogg insisted that Boris Johnson had been given “incorrect” information about social gatherings.

Labor leader Sir Keir Starmer said Mr Johnson had “misled the public” over parties and presided over “widespread criminality” at No 10 – repeating his claimed that the PM is “unfit for office”.

The identities of people issued with FPNs will not be disclosed by the Metropolitan Police, although Downing Street has said it will confirm if either Mr Johnson or cabinet secretary Simon Case are handed to fine. 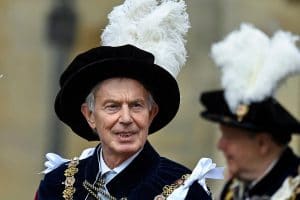